The fashion styles Kim Jae Wook and Park Min Young display as a couple are another eye-catching component of tvN’s “Her Private Life”!

According to Good Data Corporation, tvN’s “Her Private Life” ranked No. 1 as the most buzzworthy drama for the third consecutive week. Along with the drama, Kim Jae Wook and Park Min Young also ranked No. 1 and No. 2 respectively on the buzzworthy actors list for two weeks in a row. The fashion the two have been showing has also added to their chemistry. Viewers are impressed with the perfect color coordination the two have displayed.

Kim Jae Wook and Park Min Young have been wearing colors that don’t clash with each other. The two set up a romantic mood with colors that remind us of spring, such as baby pink, blue, and white pastel colors. 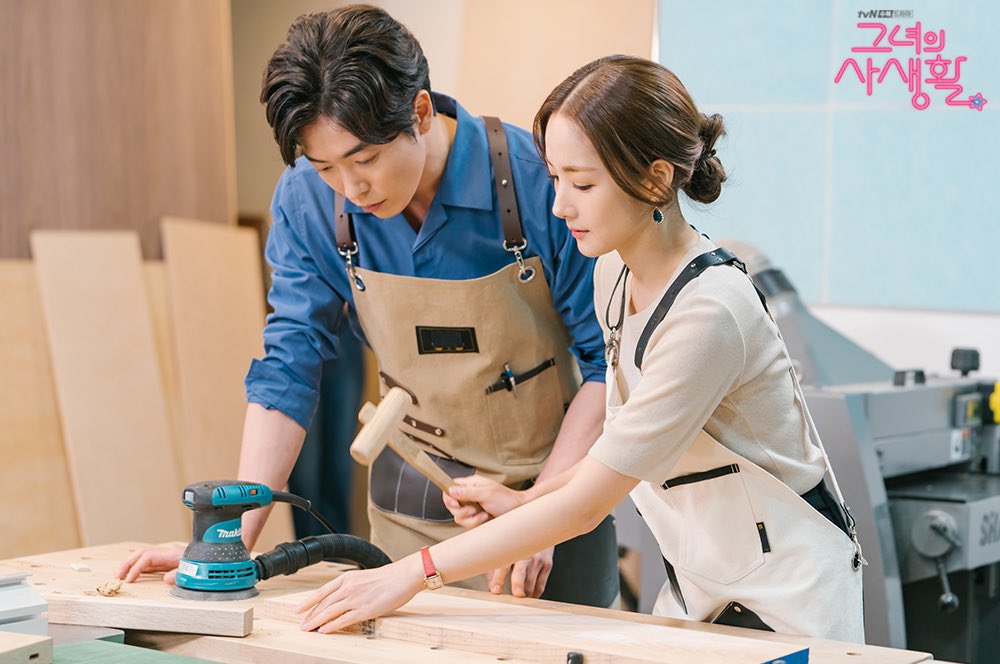 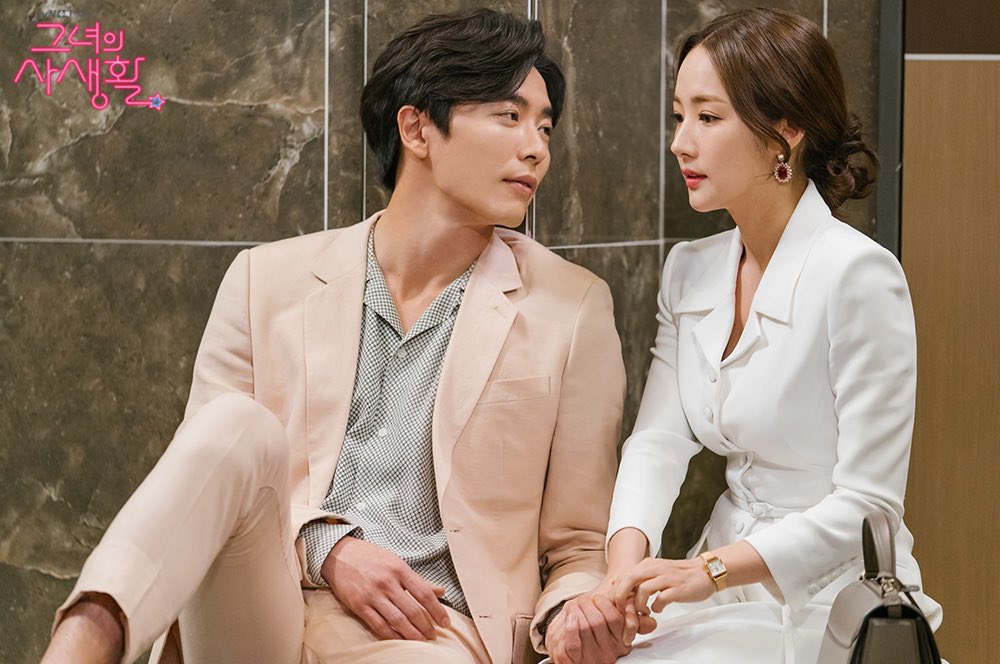 In some cases, color changes in the clothing helped viewers immerse deeper into the scene of the drama. For instance, in the scene below, viewers commented that Park Min Young’s brown jacket and Kim Jae Wook’s black suit aided in their portrayal of the affectionate feelings the two had each other. 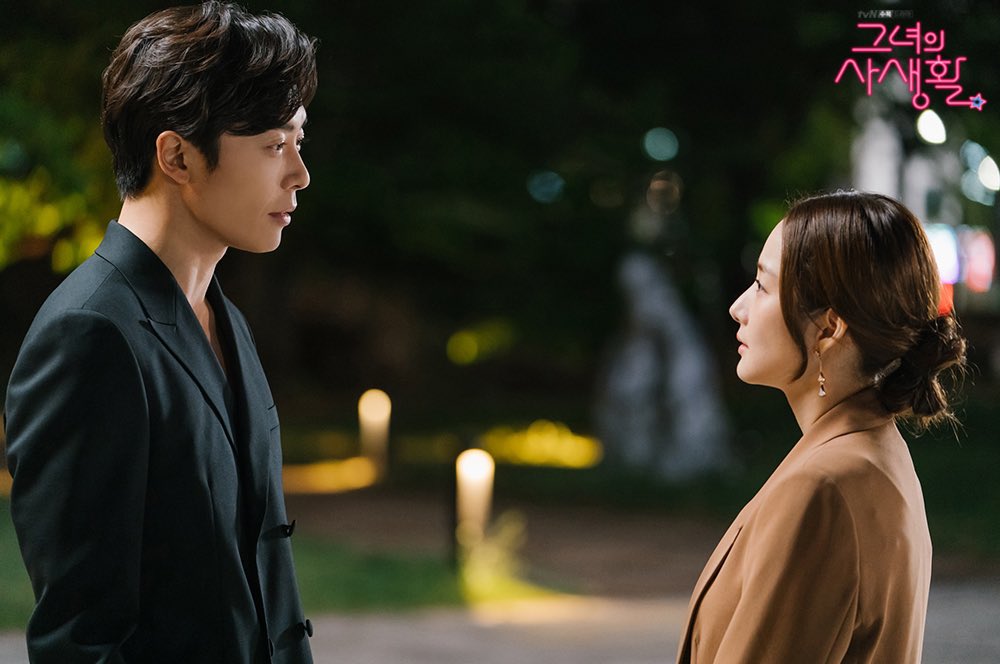 In the amusement park scene, the two coordinated their styles with Kim Jae Wook wearing a beige trench coat, and they both wore jeans to show off a comfortable yet stylish look. 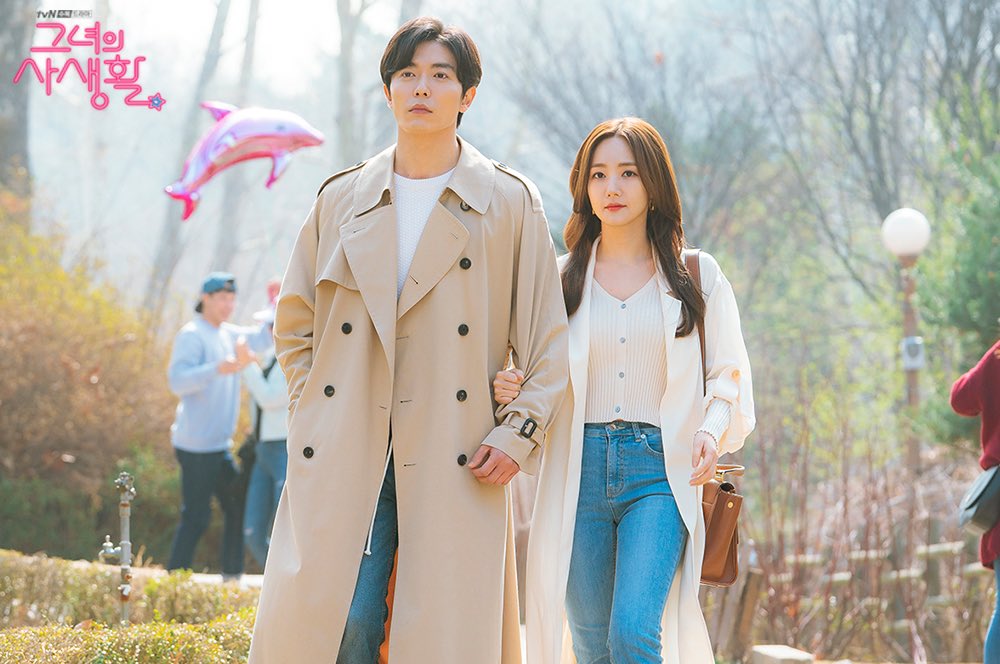 In the home date scenes, the two display a natural yet lovely look with their blue and white color pairing of comfy sweaters. 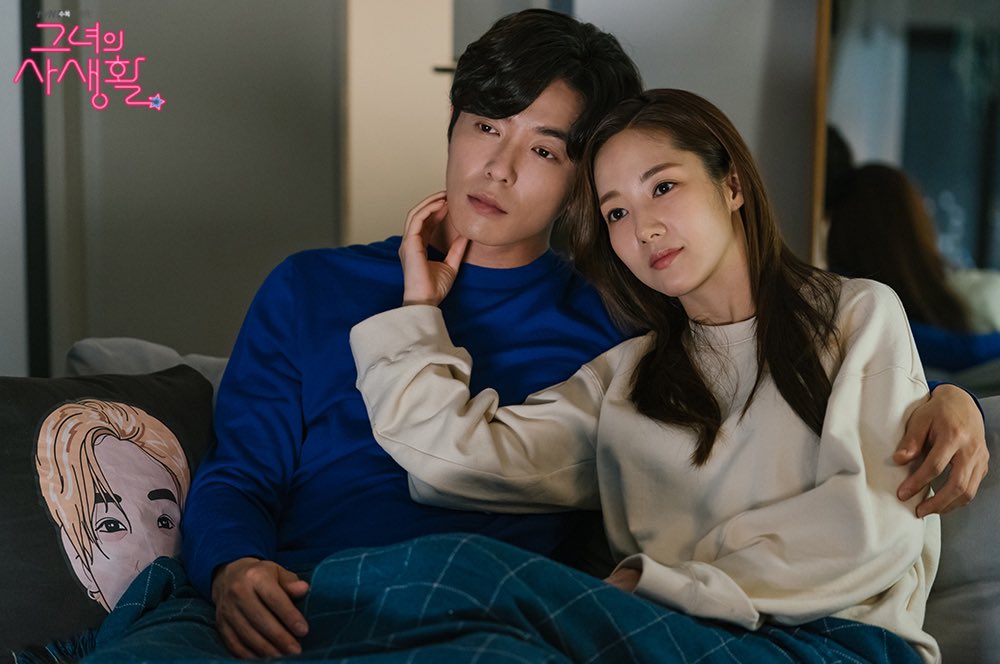 Park Min Young’s stylist Kim Go Eun Bo Mi revealed, “I look at the script in advance and for special scenes, I discuss with the co-star’s fashion team about the clothing.” She shared, “In the kiss scene, she wore pants so that she could film comfortably.”

With regard to Park Min Young’s style in the drama, she commented, “In order to avoid going too monotonous given her job, we used pastel colors to match the season, while also trying to differentiate her style from her previous works by wearing primary colors and simple designs.” She added, “I tend to actively bounce off ideas with Park Min Young so I sometimes pick clothing based on her thoughts.” 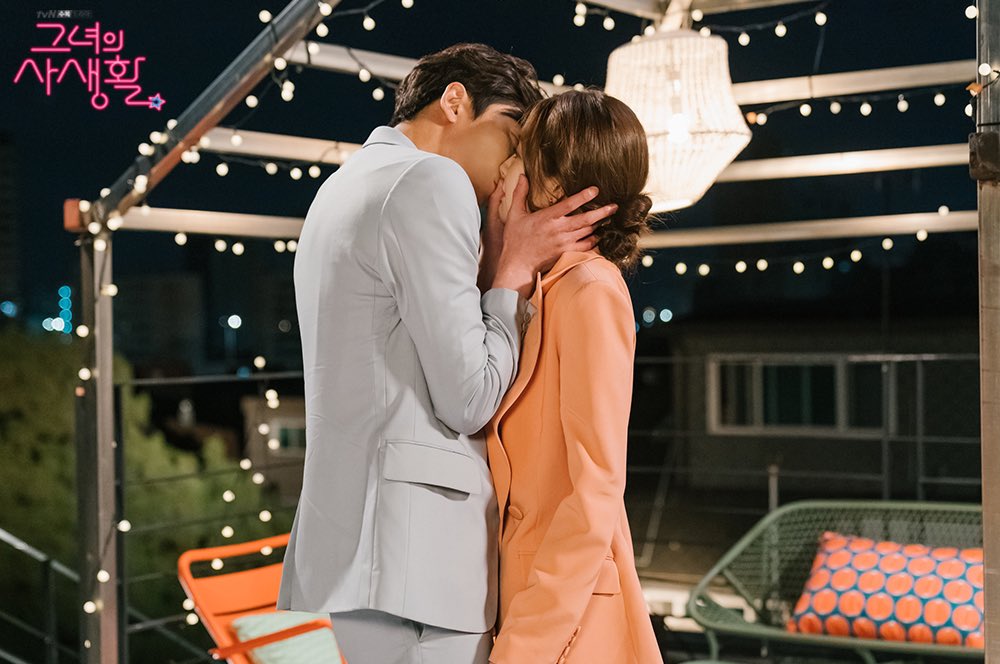 Kim Jae Wook’s stylist Ji Sang Eun shared, “Once we receive the script, we discuss in advance what clothes to wear so that the colors don’t clash or stand out.” She also added, “Since this is Kim Jae Wook’s first romantic comedy, we tried a variety of styles to show his hidden charm while still displaying his signature sexiness. We used bold colors and several fits of pants to portray the image of an artist.”

“Her Private Life” airs every Wednesday and Thursday at 9:30 p.m. KST.