On the May 21 episode of the entertainment news show, the actor sat down for an interview three weeks after being discharged from the military.

The interview began with the mention of Ji Chang Wook adorably fumbling with his words when he was announcing the end of his service in front of the press and fans on April 27. About that moment, he said, “I was so nervous that I couldn’t do it well.”

When asked what the past year and eight months of military service meant to him, Ji Chang Wook replied, “The moment I entered, I realized this is why people say what they say about the military. It was a meaningful time doing things I hadn’t done before with other people.” The interviewer then jokingly asked if he wanted to enlist again, and Ji Chang Wook smiled off the question.

He then expressed confidence in advertising frozen foods, and even gave a preview of what he would do in the ad. 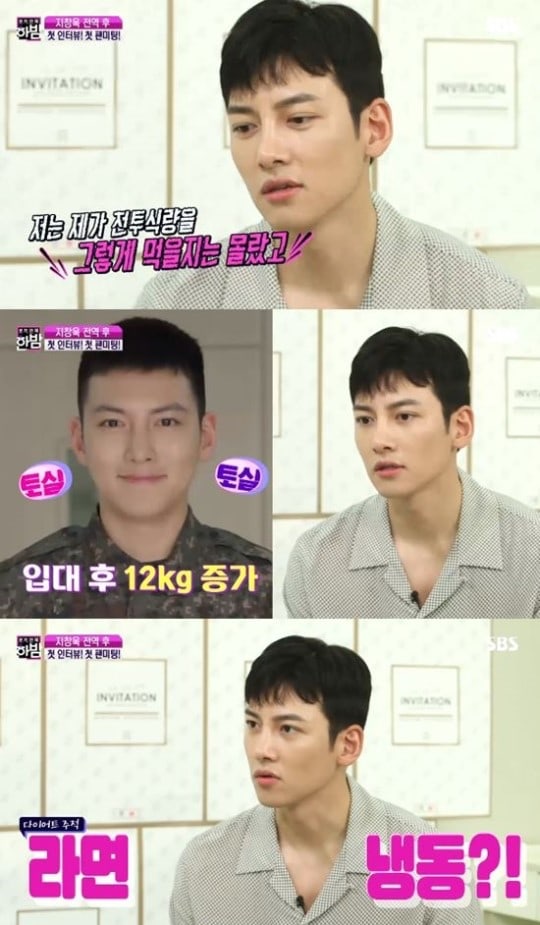 During his enlistment, Ji Chang Wook received an award for his high performance. “The basic training camp that I entered had around 200 new recruits,” explained the actor. “I think I was ranked third. I received a reward vacation of two days and one night. When you’re a new recruit, you usually get four days and three nights of new recruit vacation, but I added my two days and had six days and five nights of vacation.”

After revealing that he was able to watch a lot of TV in the military, Ji Chang Wook said that he was envious of all of the roles and actors on TV. He added, “I wondered and worried If I’d be able to perform like them when I got out.”

The interviewer continued to poke fun at the actor by saying that he would be “reenlisting in our hearts,” and Ji Chang Wook appeared startled before suggesting alternatives to his statement such as “reentering our hearts” instead. 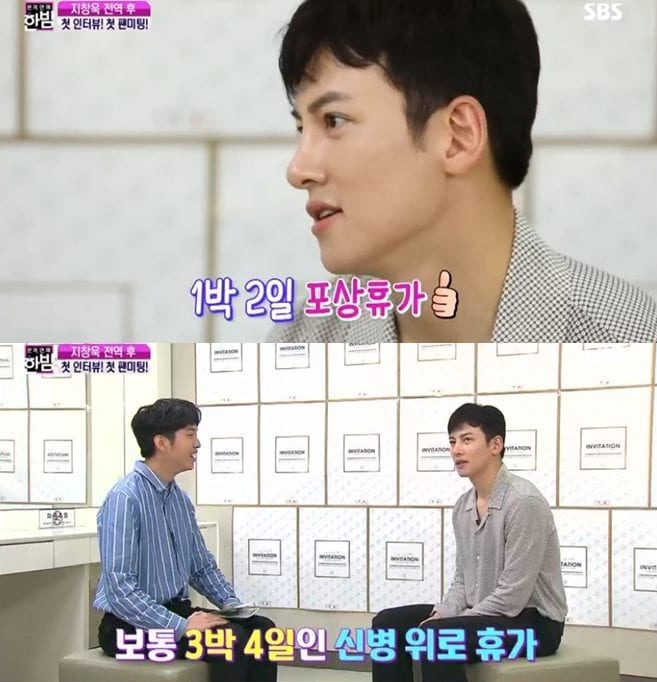 Ji Chang Wook will star in the upcoming tvN drama “Melt Me” (literal title) and will make a guest appearance on Channel A’s “The Fishermen and the City.”

Ji Chang Wook
E-news Exclusive
How does this article make you feel?