Ji Chang Wook Talks About Upcoming Drama, A Type Of Variety Show He Would Like To Produce, And More

On May 23, fashion magazine Marie Claire revealed a pictorial and interview featuring Ji Chang Wook. The actor was discharged from the military on April 27.

Ji Chang Wook started off the interview by talking about his upcoming fan meeting. When asked what he has prepared for the event so far, Ji Chang Wook said, “It is an event for fans, but I want to create a concert that people can enjoy even without having to be a fan.”

He added, “I tend to sing a lot at fan meetings. I used to prepare only the songs that I liked, but this time, I chose songs that would go well with the title of the fan meeting ‘Late Spring, Early Night’ (literal title). If I can reveal one thing, I’m going to sing a song called ‘Spring.’ I recently came across it, and it’s so good that I also want to my fans to hear it.” 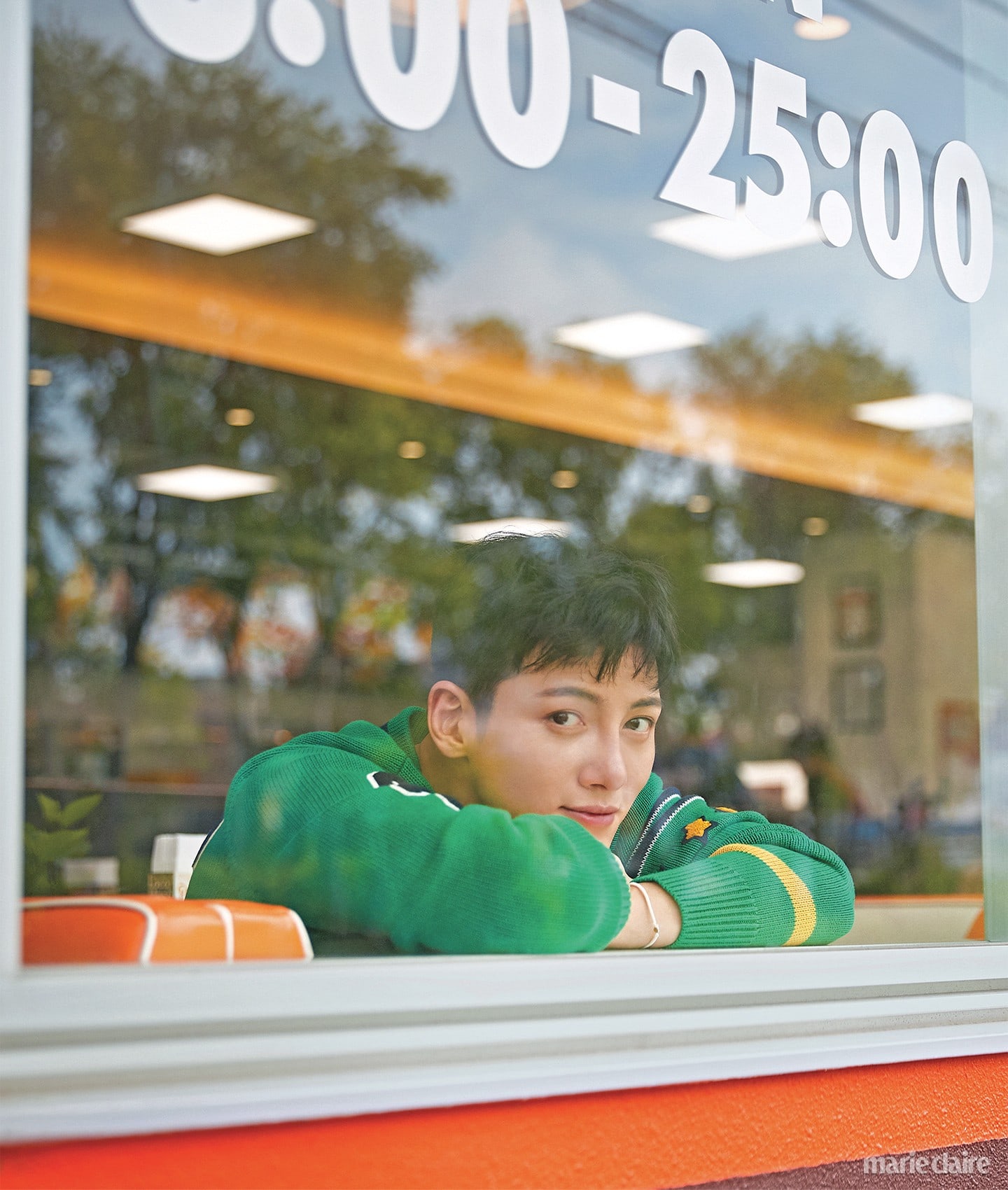 The actor was then asked about starring in the military musical “Shinheung Military Academy.” Ji Chang Wook commented, “The Korean army had put a lot of effort to ensure the musical is high quality, and the soldiers practiced a lot. I was happy to be able to join such a great production. I also felt that it was my duty [to perform in the musical].” 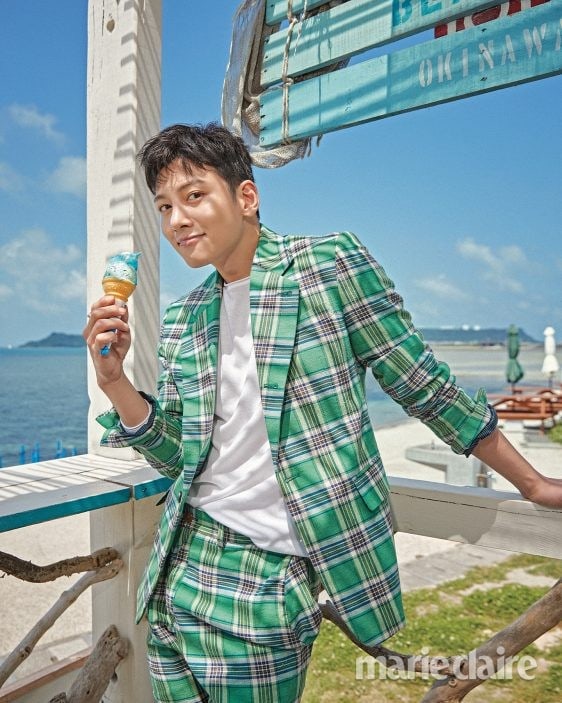 Ji Chang Wook also revealed his reason for choosing to star in the upcoming drama “Melting Me Softly.” The actor explained, “The drama is about [people who] participate in a project to be frozen for 24 hours, but when they wake up, 20 years have already passed. It was interesting to see different situations you would encounter due to being frozen [for a long time]. Not only the character I’ll be playing, but the other characters that appear in the drama are also interesting.” 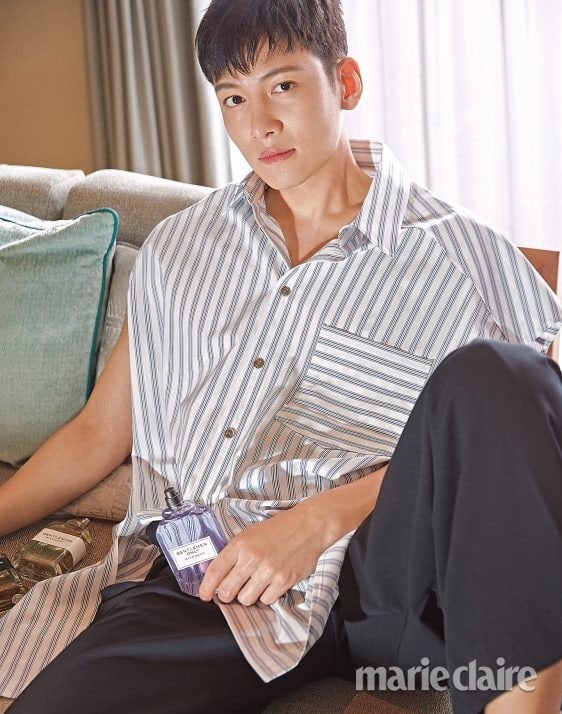 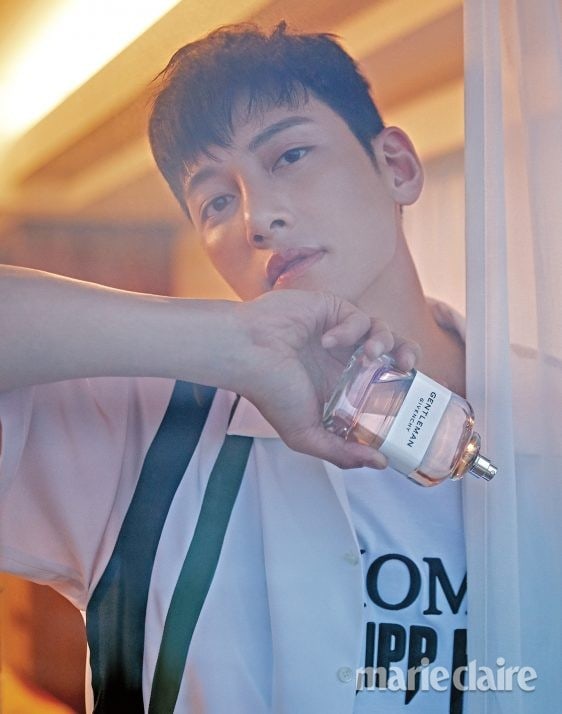 In the drama, Ji Chang Wook will be playing a star variety show producing director (PD) named Ma Dong Chan. When asked what kind of shows he would like to produce if he were a variety show PD in real life, the actor answered, “I would like to freeze someone and see what happens when we wake them up after a long time.”

He continued, “Now that I think about it, I don’t think I have appeared in a lot of variety shows. I enjoy watching them, but I always hesitated to go on the shows because I’m not very good at [talking]. If I were to pick, I would want to appear in a traveling variety show. I want to go somewhere that I’ve never been before and meet new people.” 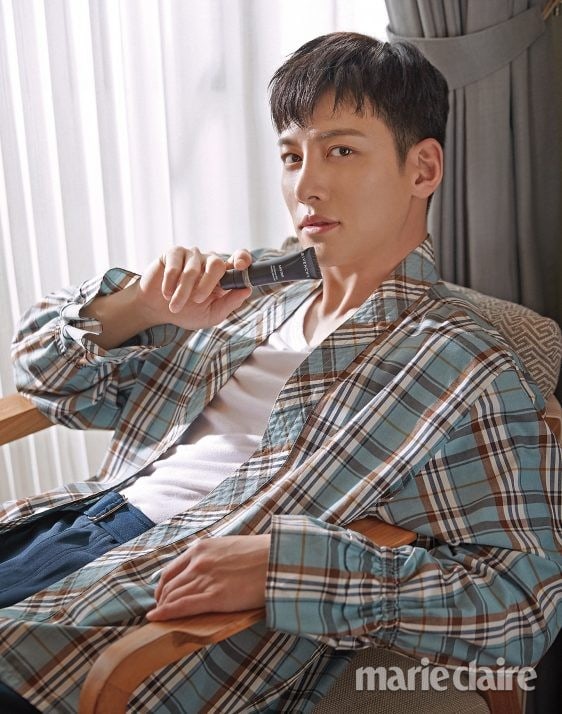 When asked if he had any regrets about enlisting in the military in the midst of his rising popularity, Ji Chang Wook responded, “I did not feel like that at all around the time I had to enlist. I didn’t think the number of projects I take on [before the military] would leave a huge impact in my life if I were to look back on it in the future.” 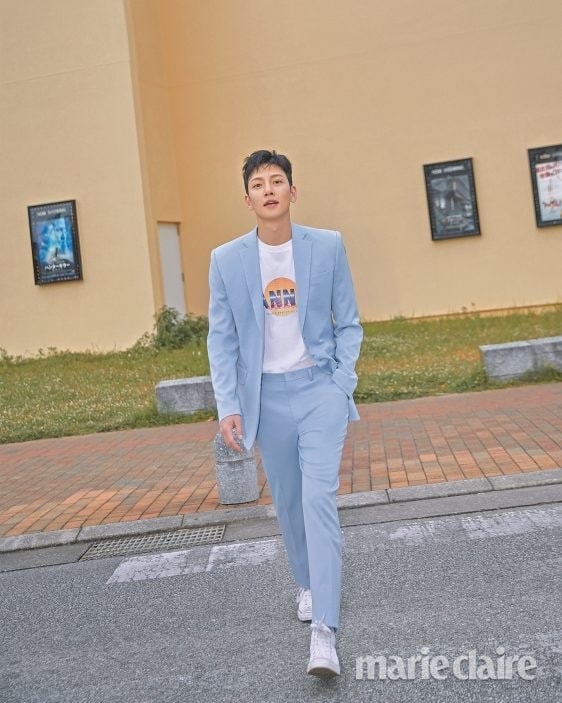 “After making my debut and until my last project ‘Suspicious Partner,’ I worked nonstop,” continued Ji Chang Wook. “I had a restless mindset, and I felt anxious whenever I rested. ‘Suspicious Partner’ was the last project that I could push myself to show everything I’ve got. Even if I had taken on more projects before enlisting, I wouldn’t have been able to show any improvement. Now, I think I’ll be able to enjoy while working.”