Lee Joo Bin personally shared the story about her ID photo that became popular for use among scammers.

On the May 23 episode of “Happy Together,” model and actress Lee Joo Bin appeared as a guest. Last month, her agency issued a statement saying it would be taking legal action against those using her ID photo without permission.

On the episode, it was mentioned to Lee Joo Bin that her ID photo had been incredibly popular. The hosts expressed that they’d personally seen the photo on the internet, and they said that it’s not easy for an ID photo to look so good.

“It’s actually not an ID photo taken at a photography studio,” explained Lee Joo Bin. “I was told that a photo of me was needed to make an entrance pass for a drama prop. I was in the middle of a beauty photo shoot, and it needed to be sent that day, so I put on a Burberry coat that was at the studio, and we cropped the photo. I put on a bit of makeup.” When the hosts again expressed how great it looks, Lee Joo Bin laughed and told them, “It just looks good because it was taken at the studio.”

When asked if she’d changed her personal ID photos to that picture, Lee Joo Bin said, “I changed my driver’s license to that. My identity card is the same.”

The hosts then asked about the legal battle that had occurred because of the photo.

“Since it came out so well, I posted it on social media,” said Lee Joo Bin. “At first, people just really liked it, but then my photo was used on fraudulent sales websites. They did business while pretending that they were me.” 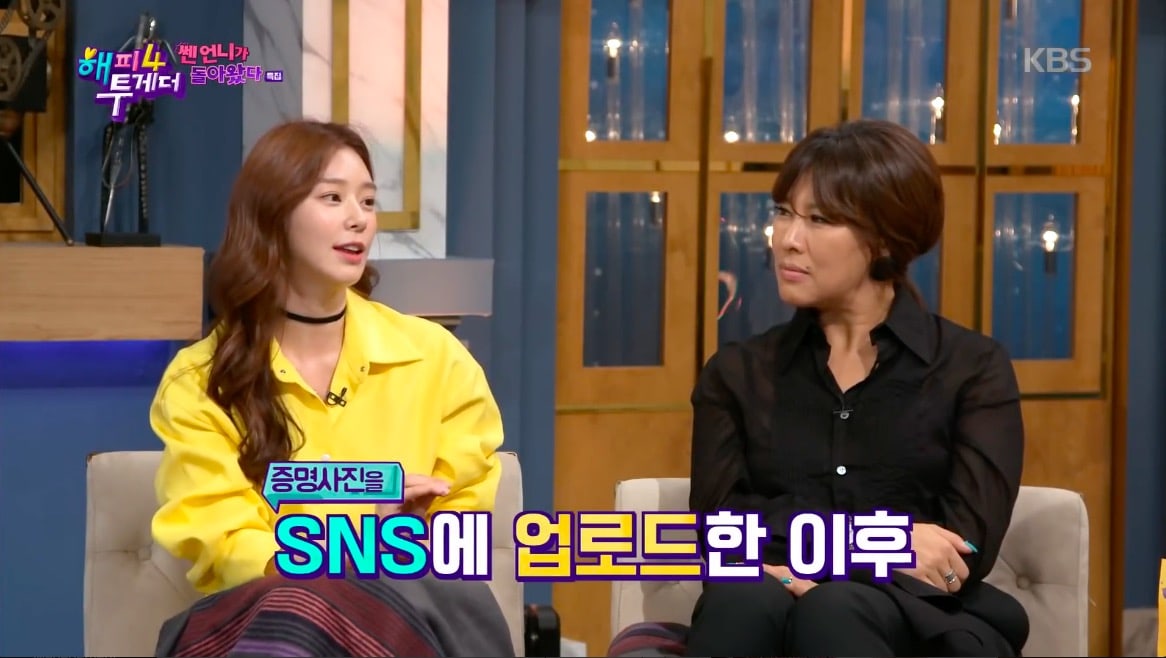 Lee Joo Bin explained that since the scammers had used her photo for their fraud, she one day got a call from court.

“Another funny thing happened because at the beginning, my photo was used for an illegal massage parlor,” she said. “Someone at my agency called them and said, ‘She’s an actor under our agency, don’t use that photo.’ But the person said so brazenly, ‘That’s one of the women who works here, though.'”

“I hope that when this is broadcast, it won’t happen again,” she said.

Happy Together
Lee Joo Bin
How does this article make you feel?