The Mnet survival show tasked its trainees with performing a cover of a song by a popular boy group for their first group mission. The groups that the trainees covered for the mission were BTS, EXO, GOT7, NCT U, Wanna One, NU’EST W, SEVENTEEN, and MONSTA X.

Each team went head to head with another team covering a track by the same group, with one team performing the artist’s debut track and another performing one of their popular songs.

The May 24 episode showcased the majority of performances in the battle, after last week’s episode featured performances by teams covering EXO’s “Love Shot” and “MAMA,” and one team covering BTS’s “No More Dream.”

Winners were also announced for the overall competition, and the team performing BTS’s “No More Dream” came in first with the most votes. They will therefore be performing on Mnet’s “M Countdown.”

The trainee who received the most votes overall was Kim Hyeon Bin, who was a member of the “No More Dream” team. 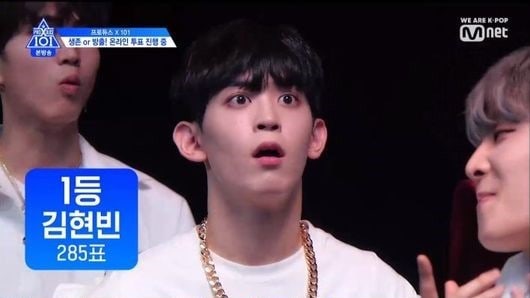 Note: The top ranking trainee for each team is listed first, while the remaining members are not in order of ranking.

The “No More Dream” team, whose performance aired in last week’s episode, won this round.

Next week’s episode will feature the season’s first ranking ceremony, when all trainees who are not in the top 60 will be sent home.

Who are you cheering for on “Produce X 101”? Vote in Soompi’s international prediction polls to show your support!