During the episode of SBS’s “Running Man” that aired on May 26, Lee Kwang Soo had something to say to Song Ji Hyo about sending coffee trucks to show support.

It all started in the opening segment when Kim Jong Kook said, “Song Ji Hyo will often send people around her coffee trucks to their projects to show her support. However, Kwang Soo has done so many projects but Song Ji Hyo has never sent him one.”

Lee Kwang Soo added more fuel to the fire as he said, “She gifted Hong Jong Hyun and 2PM’s Junho with coffee trucks.” Song Ji Hyo replied by saying, “It’s because I have a back story with them.” 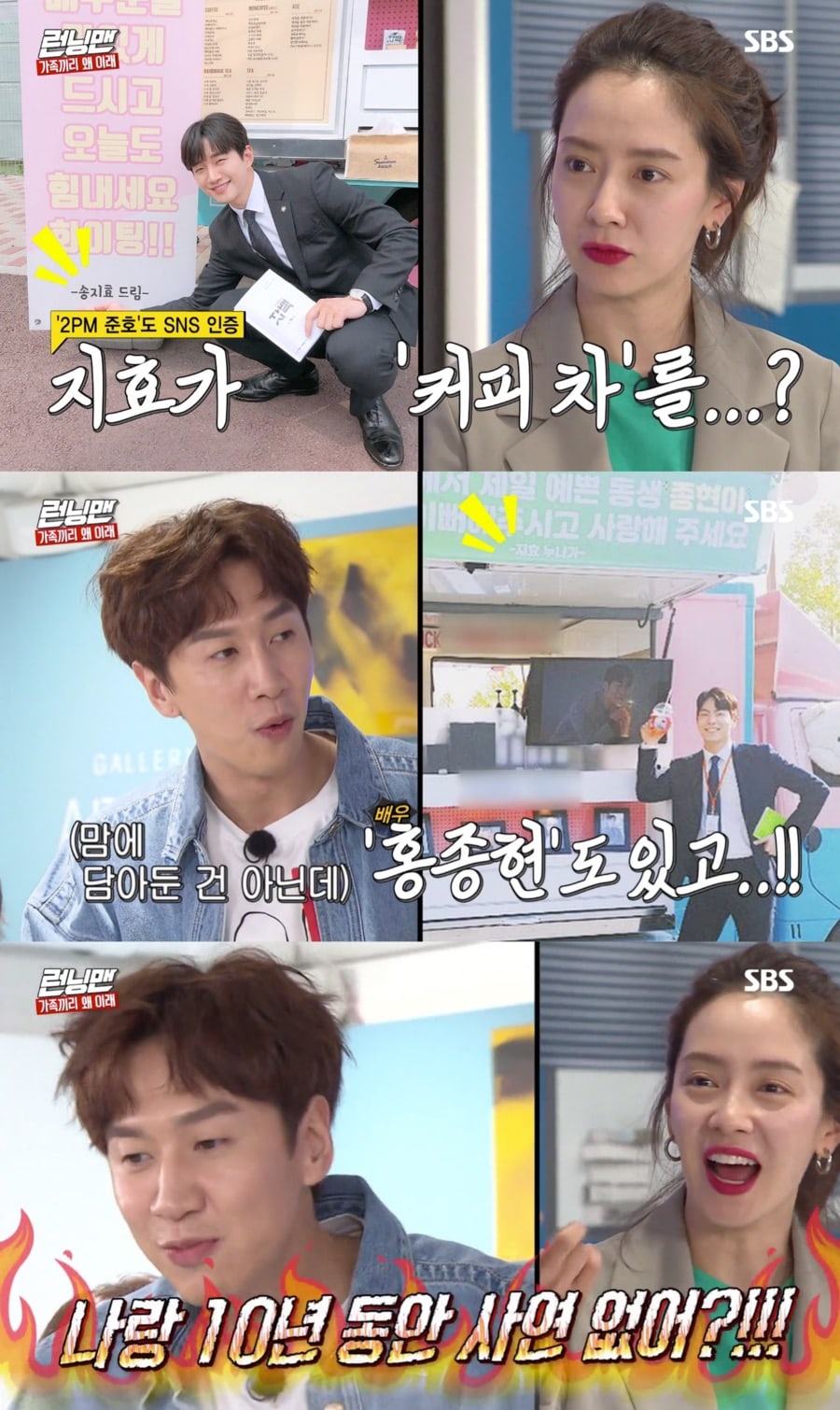 Hearing this, Lee Kwang Soo had everyone laughing when he retorted, “You don’t have a back story with me? We don’t have a story together when we’ve known each other for 10 years? Do you know how many stories we’ve built up between us over the last 10 years?” Song Ji Hyo attempted to placate him as she said, “I give you my love though.”

However, the tables were turned when it was revealed that Lee Kwang Soo had never sent Song Ji Hyo one either. HaHa asked, “Hey, Kwang Soo, have you ever sent her one?” and though Kim Jong Kook tried to say, “Kwang Soo never sends anyone a coffee truck,” it was quickly revealed that he had indeed sent Jun So Min one before.

Lee Kwang Soo had nothing to say and quickly apologized to Song Ji Hyo as he said, “Between you and me, we don’t need things like coffee trucks.” 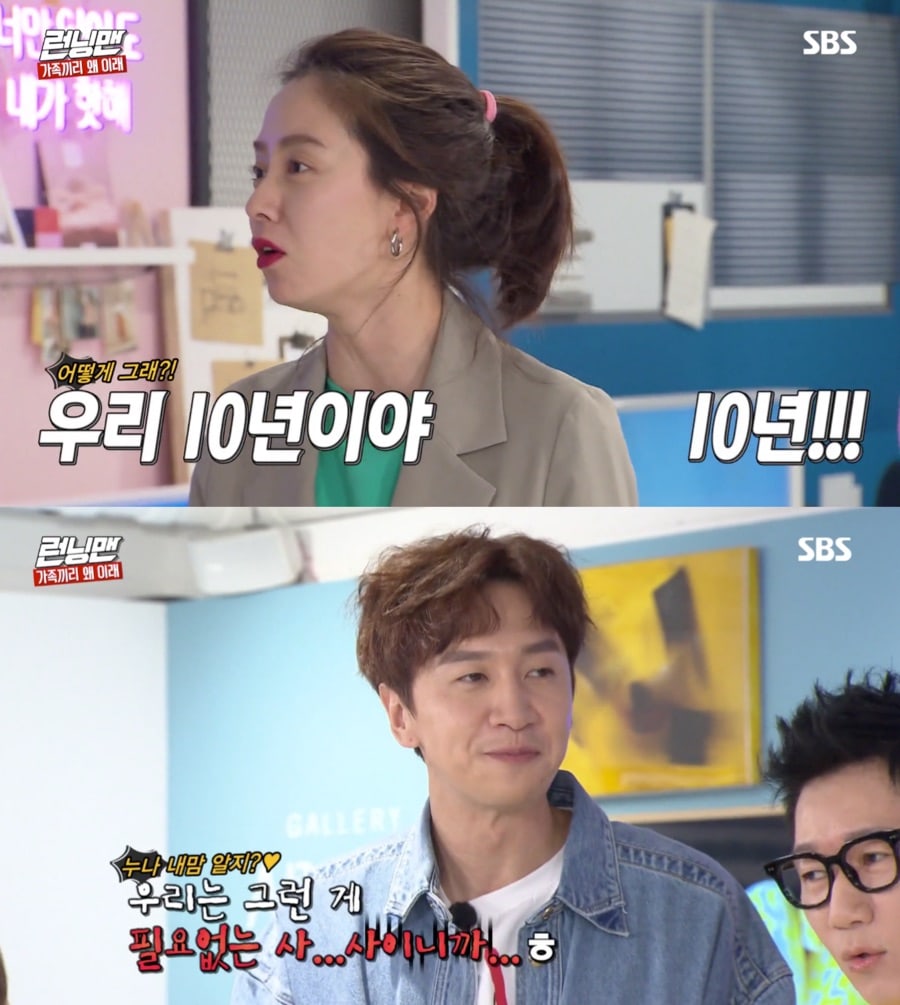