MONSTA X Discusses How They Discovered Their Own Music Style, Achieving Goals From Debut, And More

MONSTA X shared their thoughts on their group’s growth and goals in an interview with Sports Seoul.

The boy group recently celebrated their fourth debut anniversary. Since debuting in 2015, MONSTA X has been busy setting goals and working hard to make them come true. As a result, they achieved their first music show win with “Dramarama” in 2017 and have been on an upward trajectory since.

MONSTA X was the first K-pop group to perform on iHeartRadio’s Jingle Ball Tour in 2018, and are currently on their third consecutive world tour “We Are Here” around 18 cities in Asia, Europe, and North America.

“First, I felt moved and happy,” said Shownu about the group’s fourth anniversary. “Since we’re usually busy promoting, I don’t really think about how many years it’s been since we’ve debuted. But when I heard that it would soon be our fourth year anniversary, I realized that it’s already our fourth year anniversary. I think it felt real how hard we worked until now, but the future is more important. If we work as hard as we have until now, I think that we’ll be able to earn better results, and I’m looking forward to the future.”

Kihyun added, “I feel the most grateful for our staff and fans who worked hard for us during the last four years. The agency’s support is important in how we were able to show good growth, but it’s because of our fans who endlessly support and love us from our debut in 2015 until now. They’re such precious people to the point that I wonder if we’d be able to exist if we didn’t have fans who listened to our music. I want to tell you that we’re going to work harder in order to show you good things so that we can continue to be together in the future.”

“I feel happy when I can feel our growth,” said Wonho. “These kinds of growth are hard to see and feel, but when we get interviewed after the release of a new album, there are many reporters and industry officials at broadcasting stations who praise us saying that we grew a lot . Many people now recognize MONSTA X members, so I feel grateful and proud! I feel more ambitious. I’m working harder because I want to hear that we’re growing more often.”

Minhyuk added, “It was possible for MONSTA X to continue our global promotions while growing step by step because of the help from many people and Monbebe [MONSTA X’s official fandom]! I feel grateful and proud every time I hear that we’ve grown, but there are more steps we want to go up. There are many things we haven’t done yet and want to show you. So instead of living in this moment, we’re looking forward to the future and working hard to prepare.” 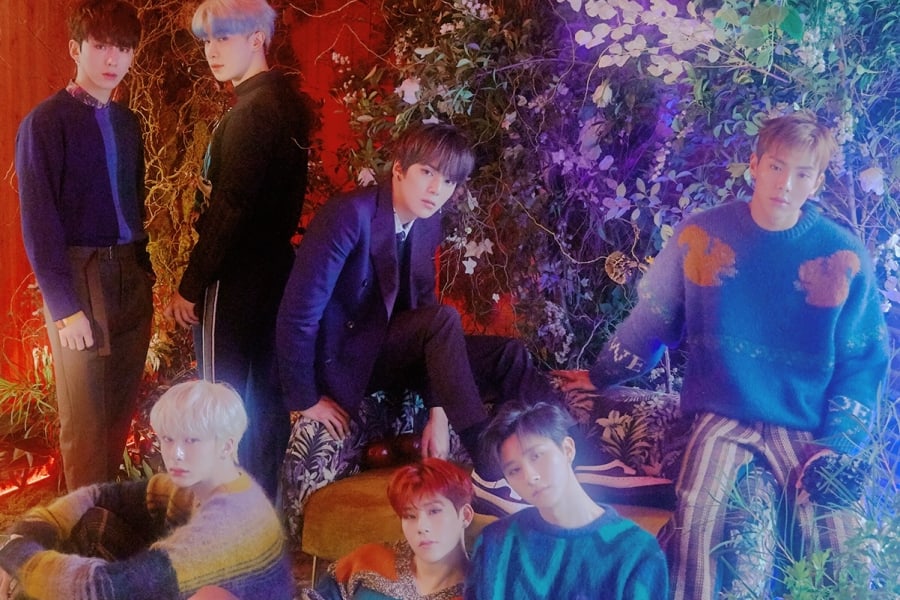 On MONSTA X’s collaboration with BE@RBRICK, Hyungwon explained, “Figurines will be released for our second Japanese debut anniversary. We thought it was really cool and fun when we heard the news. They’re figurines that are released for global artists and famous characters, so it felt even more fascinating. I saw the design, and it seemed like it showed MONSTA X’s unique style. I want to quickly see what it looks like in real life.”

Joohoney added, “I’m so happy that we can celebrate our second Japanese debut anniversary in a special way. I think the figurines will be a valuable gift to us as well as our fans since it’s a meaningful day. I want to thank everyone for helping us have this kind of opportunity.”

The group compared their songs from their debut track “Trespass” to now. I.M. began, “The part that’s changed is that more members are participating in MONSTA X’s music. The members worked hard to study music, and we had more self-composed songs as a result. That kind of independent participation deepened MONSTA X’s color. What hasn’t changed is the members’ passion for music. We try our best whenever we’re preparing for an album. We hold meetings until the end and prepare meticulously to increase the level of perfection, so I think that’s something that hasn’t changed.”

“The biggest change is that we can appear more relaxed on stage,” said Wonho. “At the beginning of our debut, a big part of me wanted to complete the performance without any mistakes. But now I think I’ve gained enough experience to communicate and make eye contact with fans. The thing that hasn’t changed is the feeling of nervousness every time I get on stage! So before any performance, we gather our hands and say that we should completely enjoy the stage.”

When the interviewer remarked that MONSTA X has rapidly grown and become popular with the public, Hyungwon replied, “Before releasing an album, we pay a great deal of attention to the musical and conceptual difference from the previous album. I think we were able to build our world of music through those processes. As for our outlook on the world, we’re continuing to tell our big story in detail, so I think many people are looking at us favorably due to that process.”

I.M. added, “There are probably many reasons, but I think we were able to have certainty in the color of our music when we got our first win on a music show with ‘Dramarama’ in 2017. Before that, it was a process of finding what kind of music would be good for us. Afterward, we thought about how to advance with the color that we found, and that really helped us to grow. Since we had found the color that fits MONSTA X well, we were able to apply it in an even better way.” 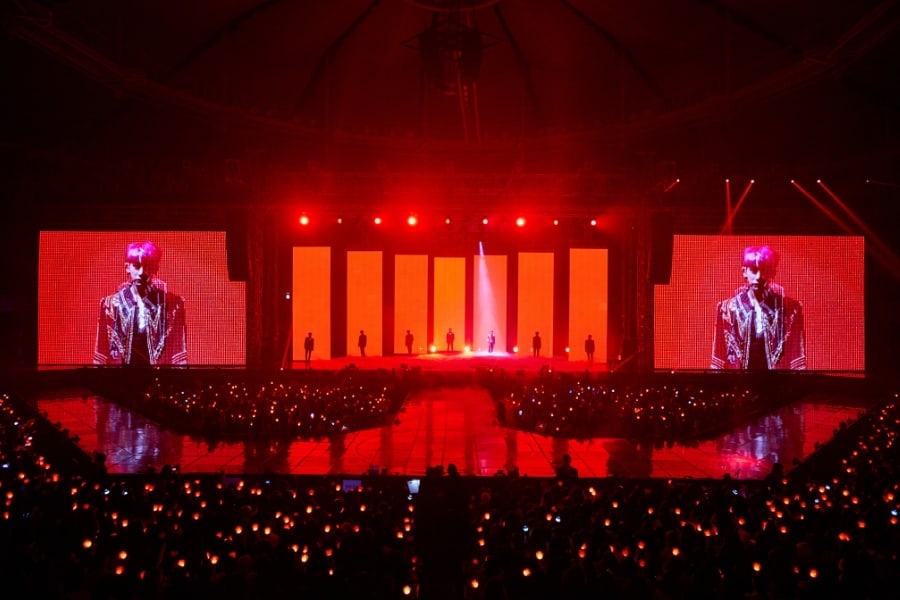 On the most memorable goal the members had discussed at the time of their debut, Hyungwon revealed, “There were various goals at the time. All of them were meaningful, but I felt it more while preparing this world tour. I think it’s really meaningful that we’re holding our third world tour, which we had only dreamed about. It’s also touching that so many people all over the world are cheering for us. I feel really thankful towards our fans.”

Minhyuk concluded, “The first win on a music show. I think getting first place on a music show is what the majority of rookies first dream about. It took us over a year and a half for us to achieve that goal, so it was even more valuable and meaningful. I still remember the members bawling on stage. I think it was an opportunity for MONSTA X to grow even more.”