“Destiny’s Love” is a Chinese fantasy romantic-comedy drama starring Zhang Ming En and Xu Lu. The story focuses on Chi Yu (Zhang Ming En), a Star Master who holds the responsibility of maintaining the balance of power in the universe. When he loses the precious Sun Moon Jade, which is the key to his power, he descends to Earth in order to find it.

While wandering on Earth, he meets and falls in love with a strong female general named Ji Wan. Chi Yu modifies Ji Wan’s destiny and accidentally shortens her lifespan to the age of 30 every time she is reincarnated. As a punishment for his actions, Chi Yu is imprisoned in the Big Dipper for 3000 years. Once he is set free, he returns to Earth and vows to fix the problems he has caused. Many lifetimes have passed, and his beloved Ji Wan has reincarnated to be Wen Su Xi (Xu Lu), a famous film producer.

If you’re looking for a drama that’s fun and light-hearted, “Destiny’s Love” is made for you. Here are our top four reasons why we think you should check out the drama!

A charming and devoted male lead 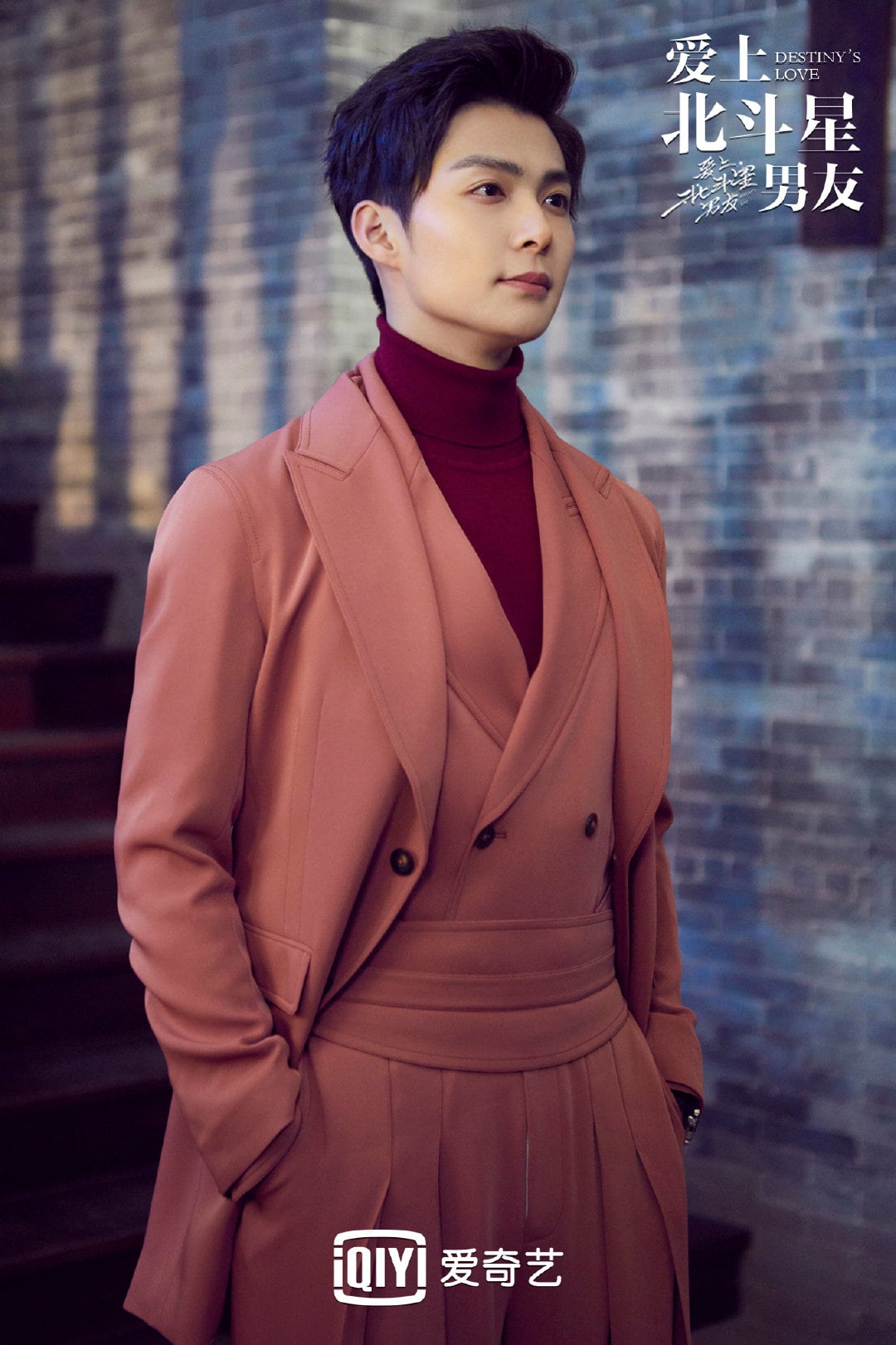 Chi Yu is one of those male leads that you just can’t help but fall in love right away. He’s devoted, caring, romantic, charming, smart, fashionable, and he has magical powers. As a Star Master, he can do cool things like freeze time and move objects with a snap of a finger.

But what really makes Chi Yu stand out is his love and dedication towards Su Xi/Ji Wan, which is incredibly moving. As viewers, I think we all melt a little inside when we see the way Chi Yu looks and smiles at Su Xi with so much tenderness and love. My favorite aspect of Chi Yu is how he is always looking out for what is best for Su Xi. He always goes out of his way to make her happy and protects her from any harm. Can there be a more perfect male lead? With him around, you’ll always feel safe and loved. 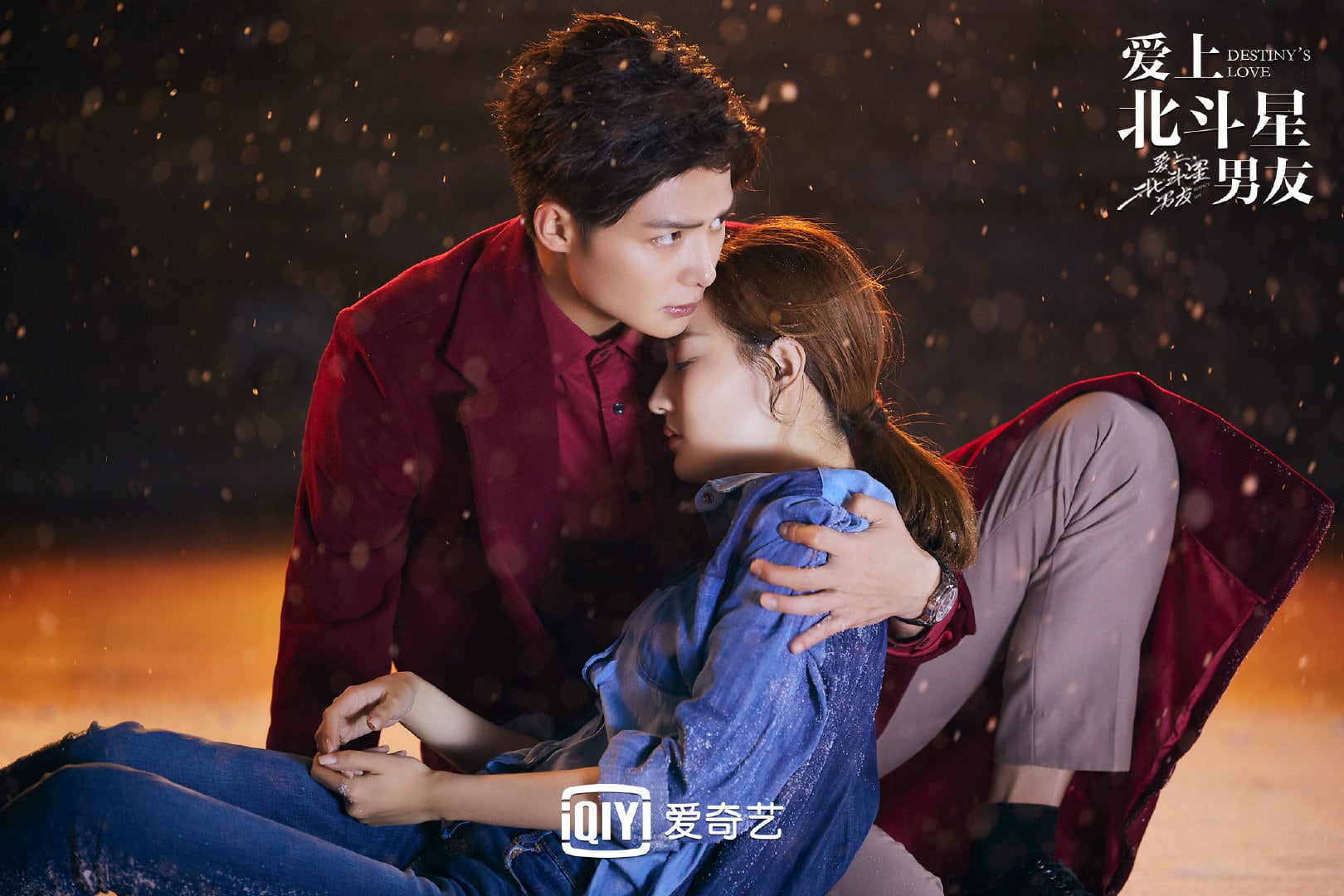 Zhang Min En, who plays our supernatural male lead, has incredible on-screen presence and charisma. He can look cool and sophisticated, but the moment he breaks into a sunny smile, he’s so endearing. His expressions and intensity in his acting are well-suited for the emotional scenes, and he balances it out with great comedic timing during funny moments. If you weren’t a fan of Zhang Ming En before, you will become one after watching this drama! 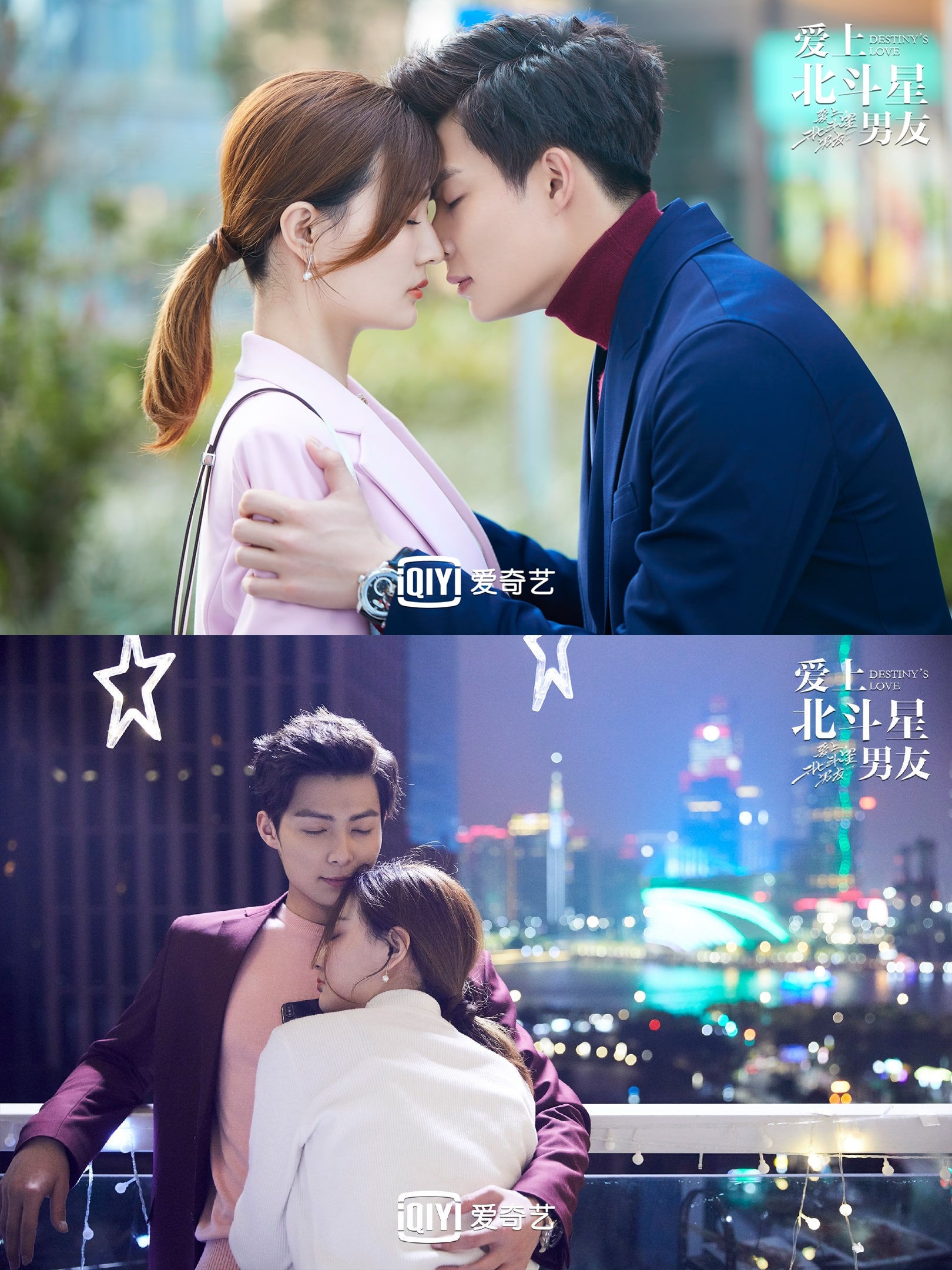 Everyone who has watched “Destiny’s Love” will all point out the incredible chemistry between our OTP. It’s a slow burn type of romance, but the love they share is immeasurable. You can always see a sparkle in their eyes when Chi Yu and Su Xi look at each other, and it’s so sweet and heartwarming. I personally love how Chi Yu fell in love with Su Xi a second time. Even though Su Xi is technically a reincarnation of Ji Wan, she is still a different person. I also find it so romantic that 3000 years ago, it was Ji Wan who always protected Chi Yu, and now in the present, Chi Yu is protecting Su Xi. Their love truly transcends time and space.

Did you know that our OTP, played by Zhang Ming En and Xu Lu, has been rumored to be dating after they filmed “Destiny’s Love” in 2018? The pair was trending on Weibo in February this year after photos were uploaded onto the internet of them holding hands with their arms around each other while on a date at a shopping mall. Just a few days ago, Zhang Min En was spotted picking up Xu Lu at an airport after she returned from an overseas work trip. Both sides have neither confirmed nor denied the rumors. It looks like this pair might have become another reel to real couple! 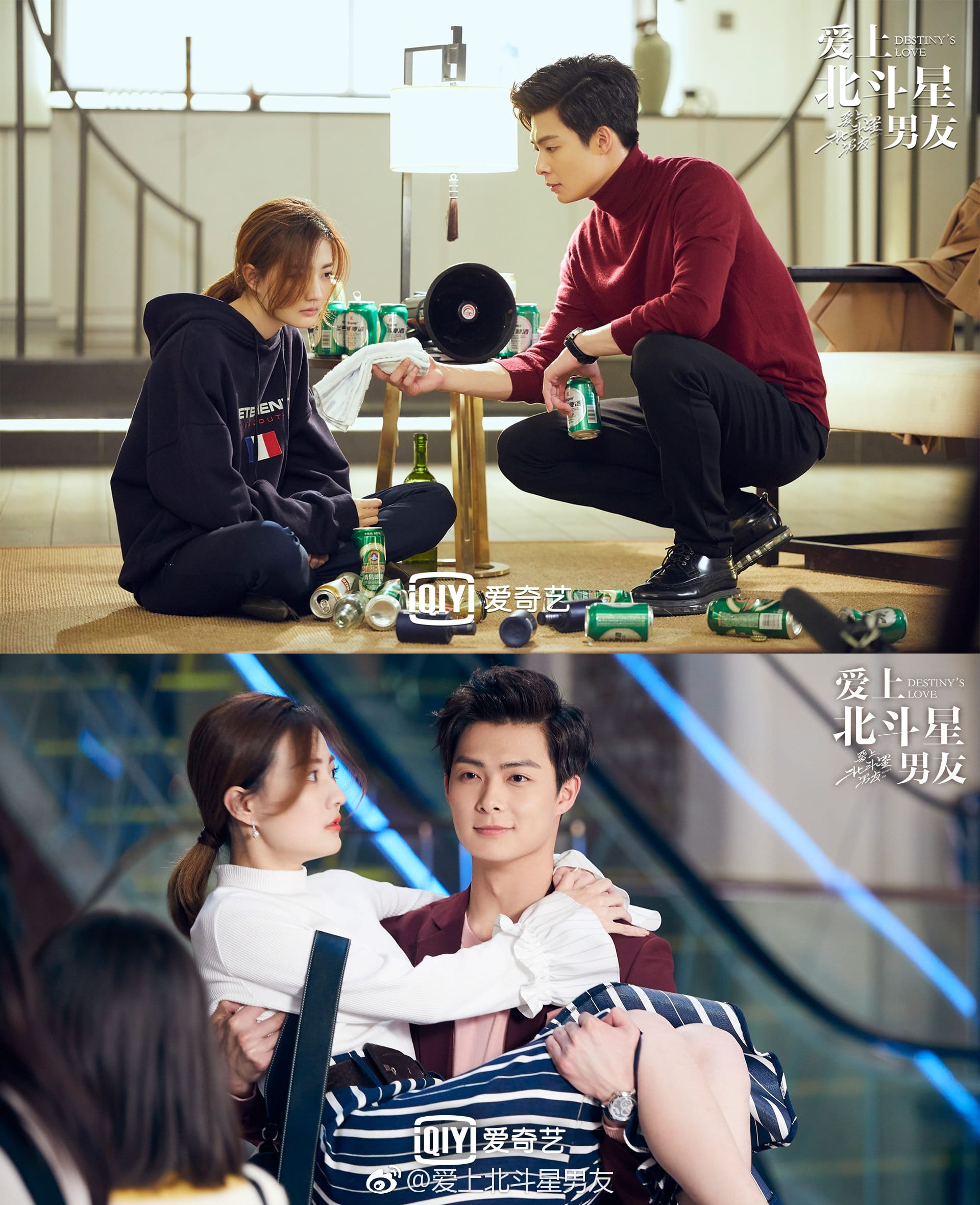 If there’s one thing that “Destiny’s Love” isn’t short of, it’s the comedy. There’s plenty of hilarious moments sprinkled throughout the drama that either leave you in fits of giggles or in tears from laughing. The funniest moments always involve our male lead Chi Yu. He has many fish-out-of-water moments, as he’s been locked up for 3000 years and is still trying to adjust to living in the modern world. Some of my favorite funny moments include Chi Yu’s awkwardness in riding a bus for the first time, his extreme fear of elevators, and constantly looking at what people are doing with their phones. 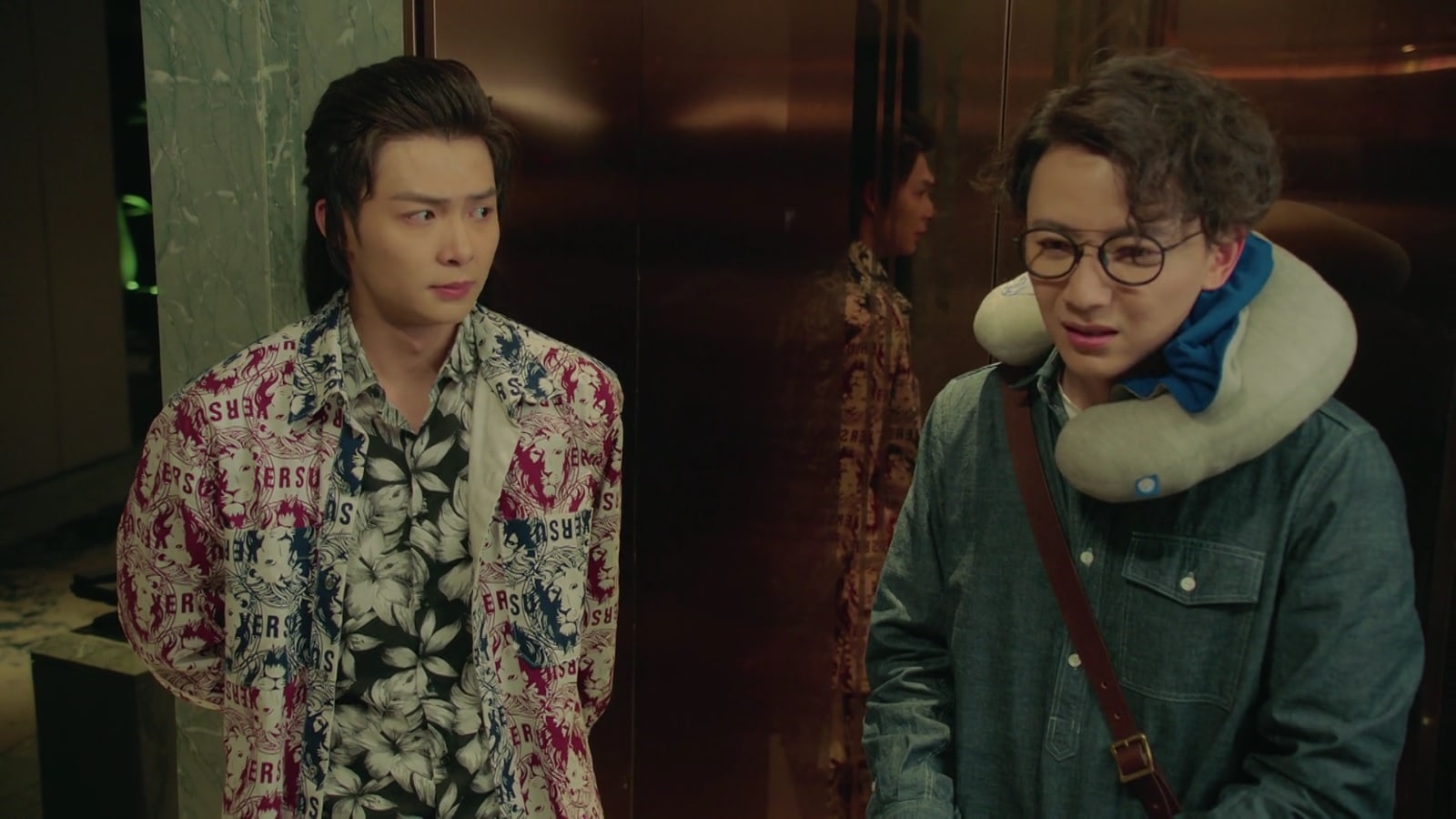 There’s also plenty of funny twists you wouldn’t expect in drama, especially at the beginning where our male lead has a huge misunderstanding of who he is supposed to protect. The comedy is also elevated with Chi Yu’s ridiculous outfit and long hair that he sported at the start of the drama. You’re in for lots of laughs! 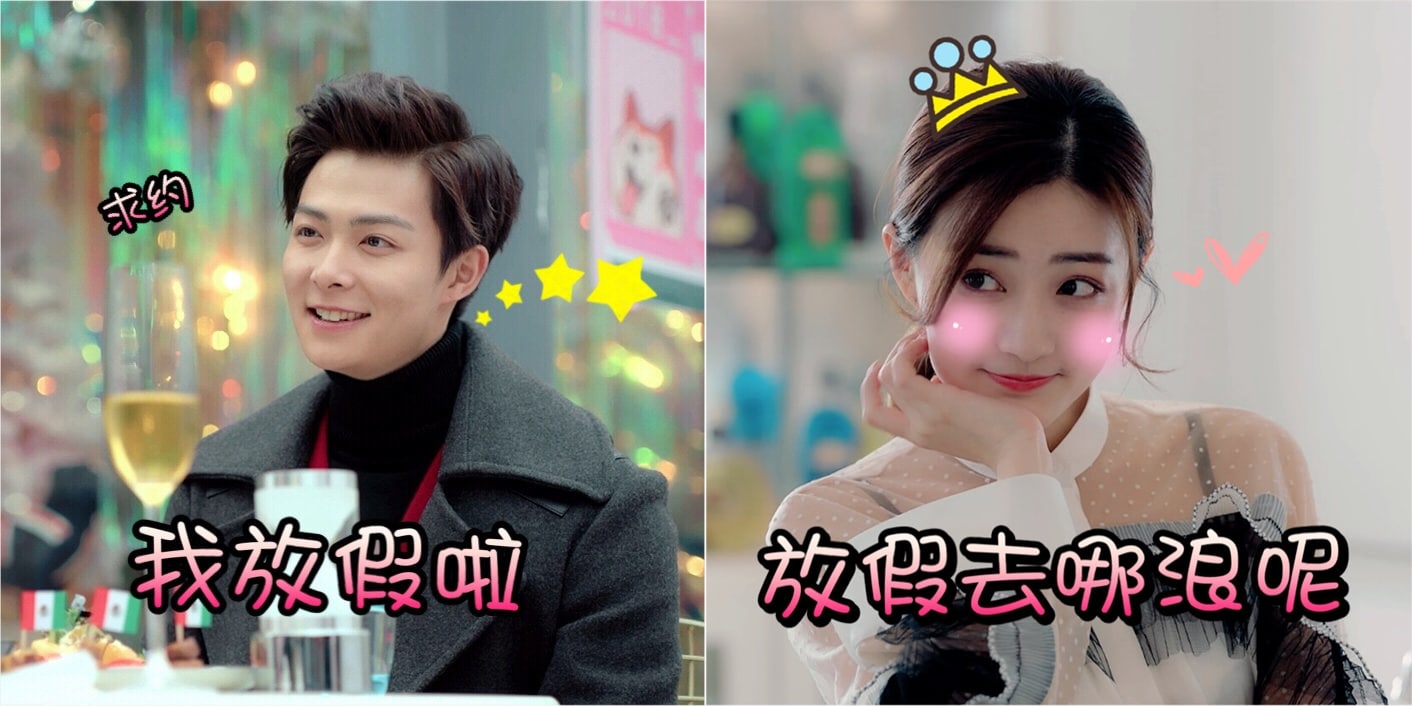 Meme caption: Chi Yu: I’m on vacation! Su Xi: Where should we go? 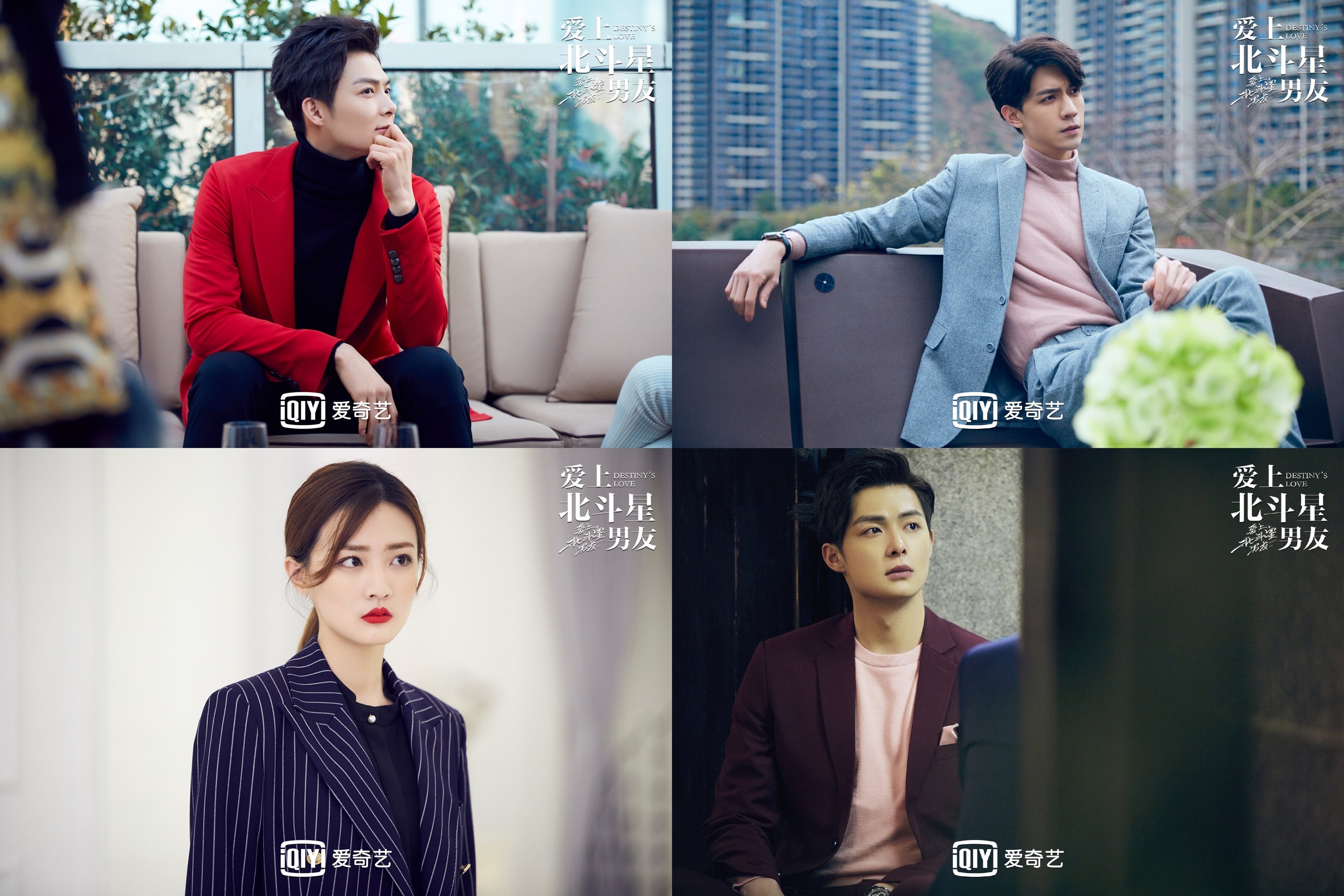 One thing I love is the fashion in “Destiny’s Love.” The clothing that all the characters wear really suit their personalities. Chi Yu is often seen wearing various shades of reds and pinks, which shows he is powerful, sexy and also shows he’s the romantic lead. Su Xi is a strong, independent career woman, so her array of power suits shows off her sophisticated and feminine sides. In contrast, we have the villain CEO Tang Mao (Ming Ren), is mostly seen wearing neutrals, which I personally feel suits his bland character.

My favorite outfits would definitely be all the beautiful jackets that Chi Yu wears throughout the drama. He looks incredibly handsome in all of them, especially his red wool coat. Since he is a Star Master, the clothing gives him a warm and strong otherworldly aura. 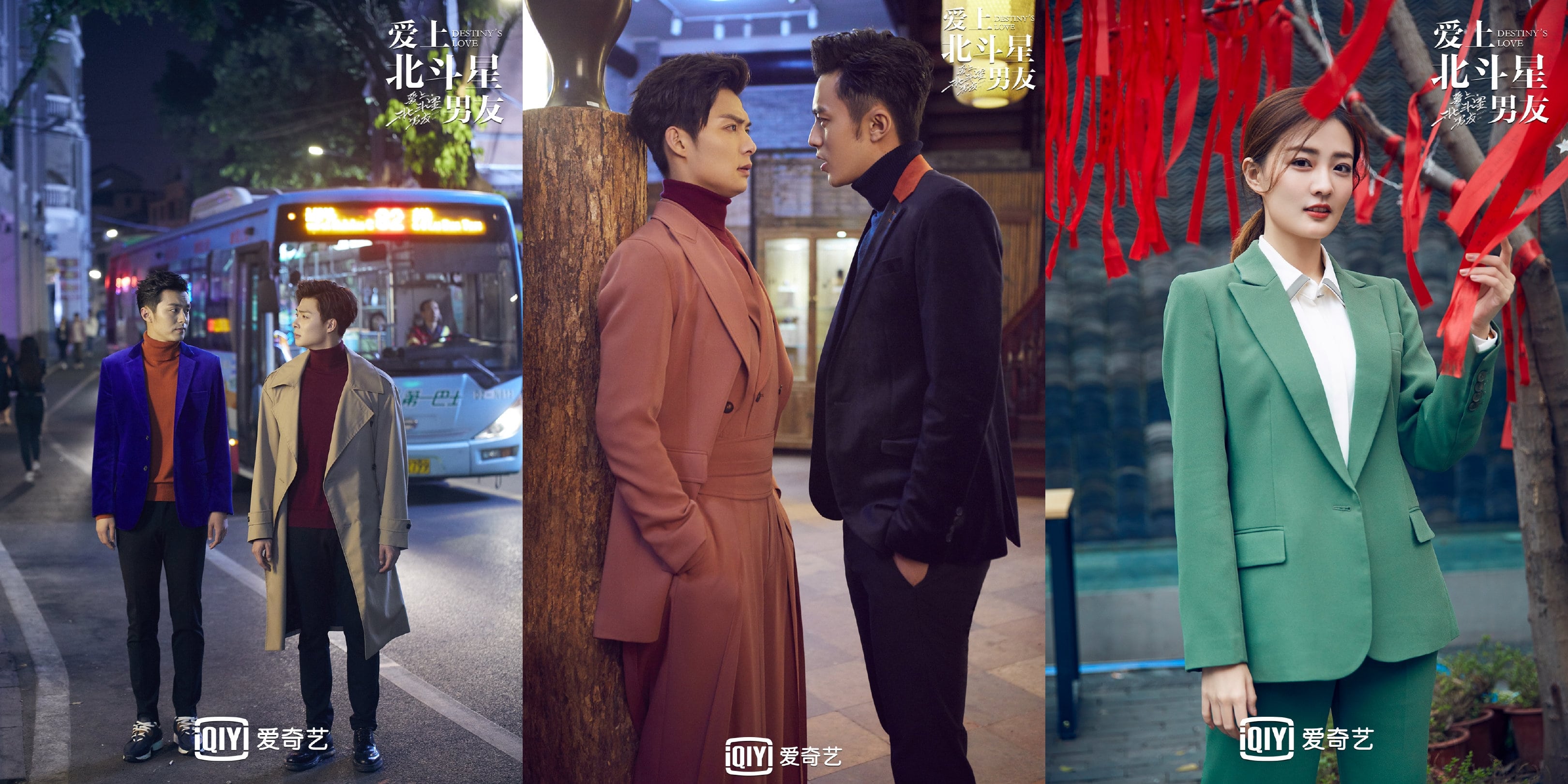 Overall, you’re in for a really good laugh when watching “Destiny’s Love.” It’s a fun mixture of comedy, fantasy, romance, and beautiful leads. You surely don’t want to miss out!

Hey Soompiers, are you watching “Destiny’s Love”? Let me know what you think of the drama in the comments below!