On May 28, Good Data Corporation released the rankings of the non-drama television programs and cast members that generated the most buzz from May 20 through 26. The results were gathered based on online articles, blog posts, community forums, social media, and views on video clips for 181 non-drama television programs that are currently on air or are scheduled to air.

For the fourth consecutive week, “Produce X 101,” with its group battle evaluations, topped the list of most buzzworthy non-drama TV shows, having claimed 27.87 percent of the total buzz from non-drama programs. In second place was Mnet’s new variety program “UHSN” in which NU’EST’s JR and Minhyun participated as narrators for the show.

Meanwhile, the contestants of “Produce X 101” also dominated the list of most buzzworthy cast members with seven trainees making the top 10. In first place was Kim Yo Han who led his team to victory by transforming into a rapper in NCT U’s “Boss” for the group evaluations. Kim Yo Han was followed by other trainees including those who were also on the previous week’s rankings such as Kim Woo Seok, Kim Min Kyu, Song Hyeong Jun, and more. In addition to the “Produce X 101” trainees, Super Junior’s Kyuhyun also placed on the list for his variety show activity on “Ask Us Anything.” 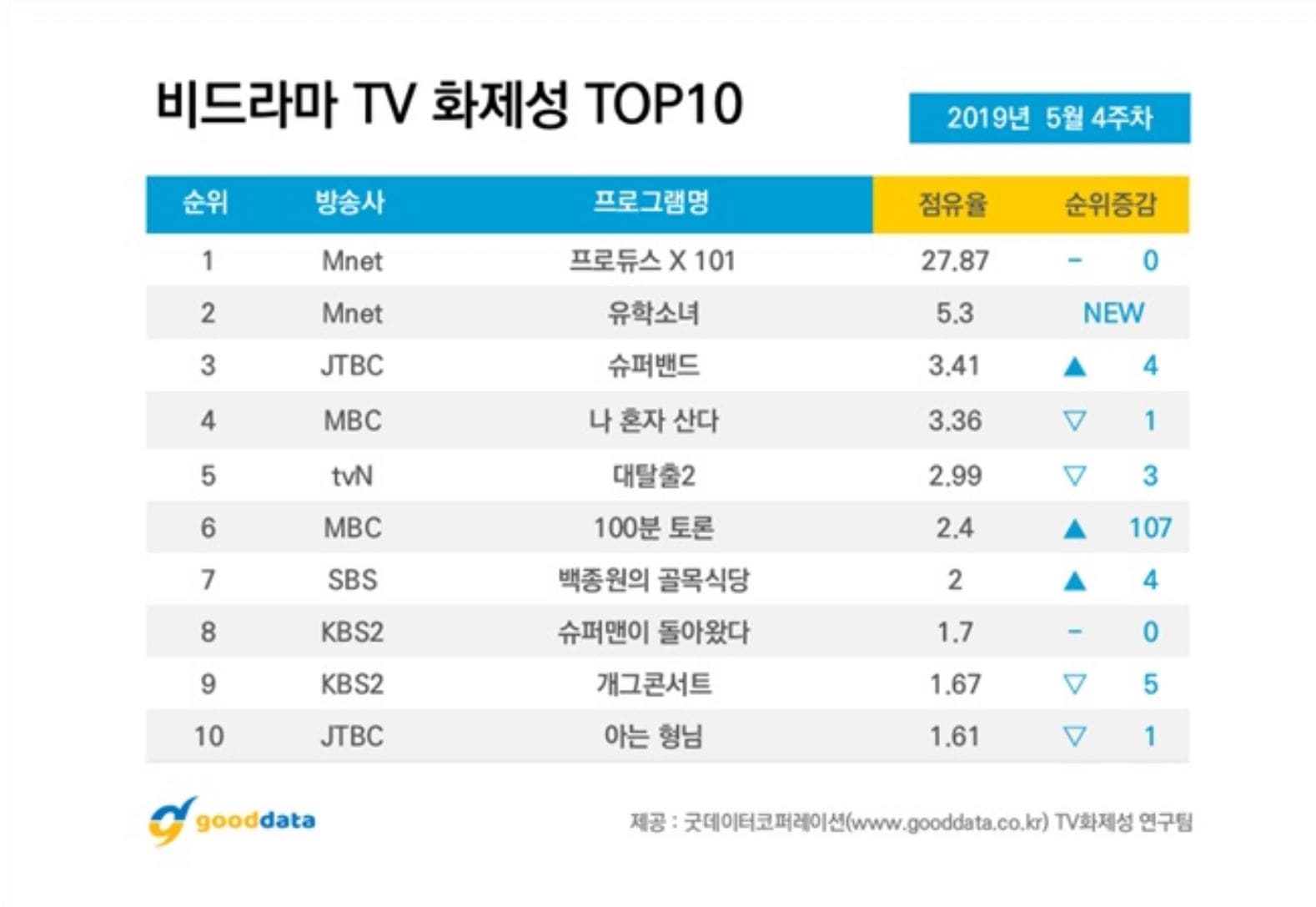 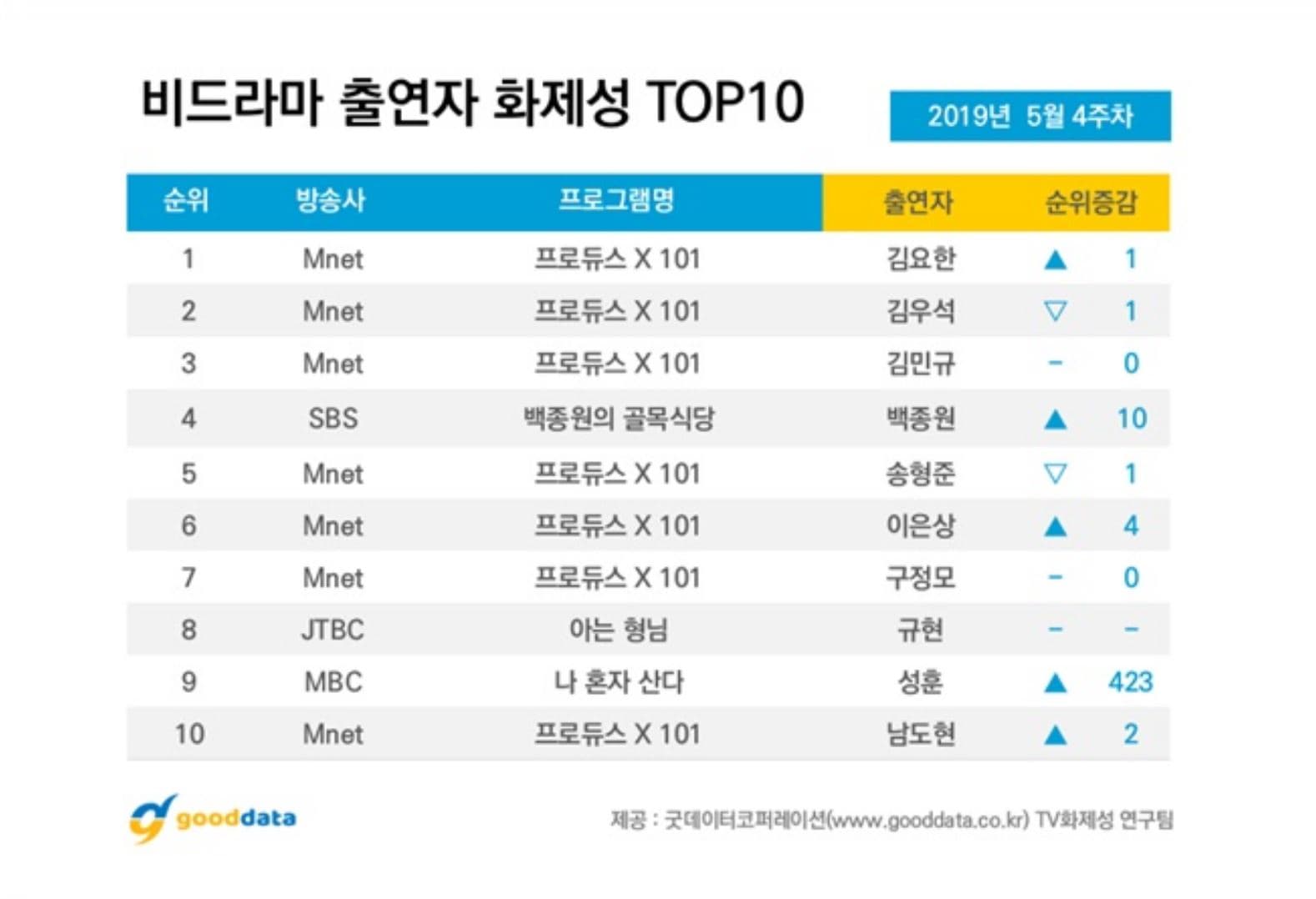