In the previous episode, Zero-Nine (played by Yeo Jin Goo), a robot built to be the perfect boyfriend, completed his one-week trial run. Five minutes before his system was going to reset and lose all of his memories of Uhm Da Da (played by Girl’s Day’s Minah), Minah told him to not reset.

As he attempts to ask out Uhm Da Da in an extravagant manner, Zero-Nine can be seen beaming in the stills on top of a huge parade float that says “Let’s Dream” at an amusement park. He smiles happily with a loving gaze and both hands in the air. 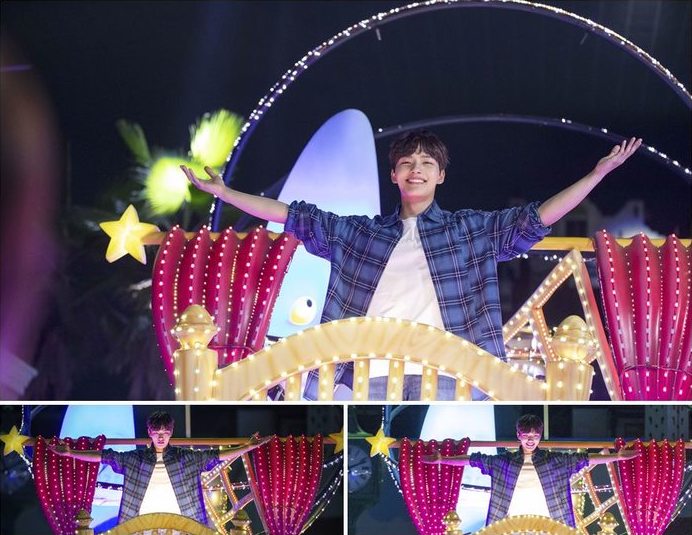 Using hot air balloons, Zero-Nine also creates a heart shape in the air and gives Uhm Da Da a ring, signaling the start of their relationship by declaring, “Today is our first day.” 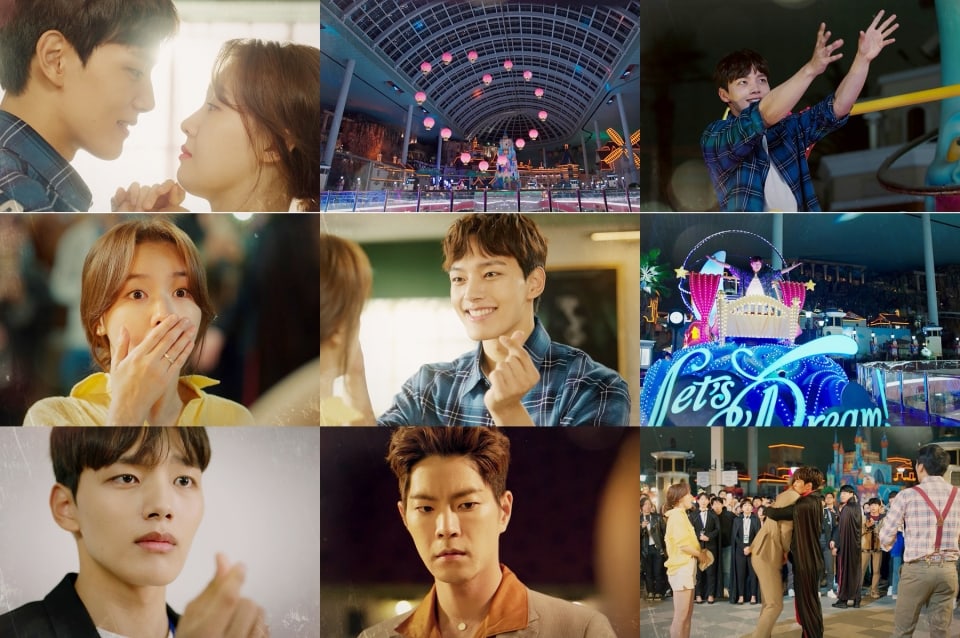 The staff were shocked at Yeo Jin Goo’s professionalism as he filmed this scene at alarming heights at the very top of the parade car. Ahead of his first time on a parade float, Yeo Jin Goo expressed excitement rather than nervousness. As soon as he received the cue, the actor switched into his charismatic gaze and wide smile, allowing all on-site staff to give him a big round of applause for his spectacular acting.

As if it were choreography, Yeo Jin Goo was said to have spread and waved his arms around like he was performing in a parade show. Praising his incredible acting, staff exclaimed, “It was like we were watching a Yeo Jin Goo musical.”

The production staff shared, “As the trial run for their relationship ends and they move into their real relationship, viewers will now see Yeo Jin Goo’s ‘love switch.’ Please look forward to the ‘real dating’ with unpredictable events that will never be seen again after ‘Absolute Boyfriend’.”