Singer Jang Jae In posted her candid thoughts on Instagram about the editing of tvN’s “Studio Vibes.”

On May 29, Jang Jae In uploaded a screenshot of a video clip titled “Jealousy Incarnate! Jang Jae In Series!” She wrote, “I understand all the editing and the process for broadcasting, but when you push me into these kind of situations, it upsets me. Nothing was set up at that time. If I have something to say, I’ll tell the person directly instead of behind their back. I understand that different situations have to be put together, but was there any need to push the false situation with such a provocative title?” Her post has since been deleted, and the video is no longer available. 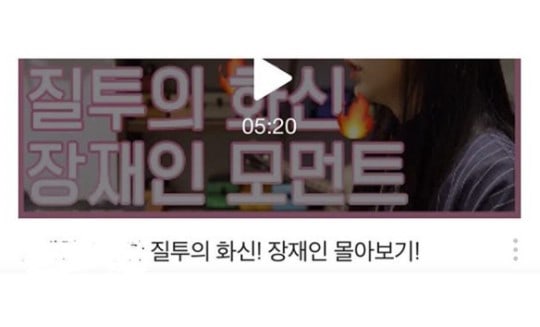 Currently, Jang Jae In is appearing in “Studio Vibes,” a romance reality program about ten male and female musicians who spend time together and tell stories of music, love, and youth.

While filming, Jang Jae In and Nam Tae Hyun confirmed that they have started dating, so there have been jokes and hints at alleged jealousy, especially because of Jang Do Yeon’s appearance and Nam Tae Hyun’s love line on the show.

Jang Jae In
Studio Vibes
How does this article make you feel?