Brave Stars Who Took Action After Witnessing A Crime

What would you do if you witnessed a crime?

Taking the initiative to get involved in a dangerous situation is easier said than done. There are, however, some celebrities who immediately took action after being a witness to a crime or stopped a criminal after being a victim.

Continue reading about some stars who didn’t hesitate to stand up for justice to make this world a better place. 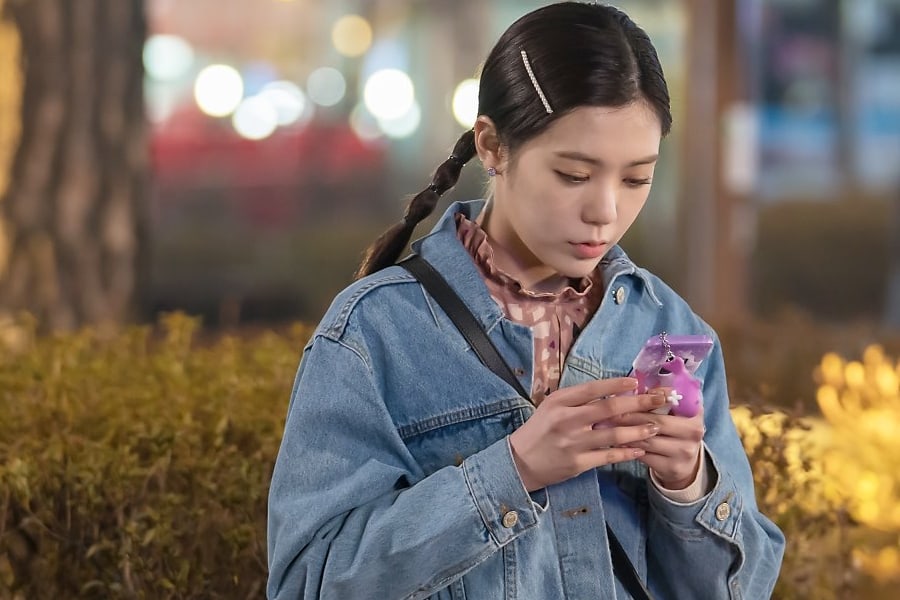 The former After School member (previously known as Lizzy) recently revealed that she had called the cops on a drunk driver.

Seeing someone get behind the wheel after drinking at a bar, she called the police right way. Park Soo Ah explained, “To that person, I could be someone that’s annoying but you don’t know if an accident might happen.” 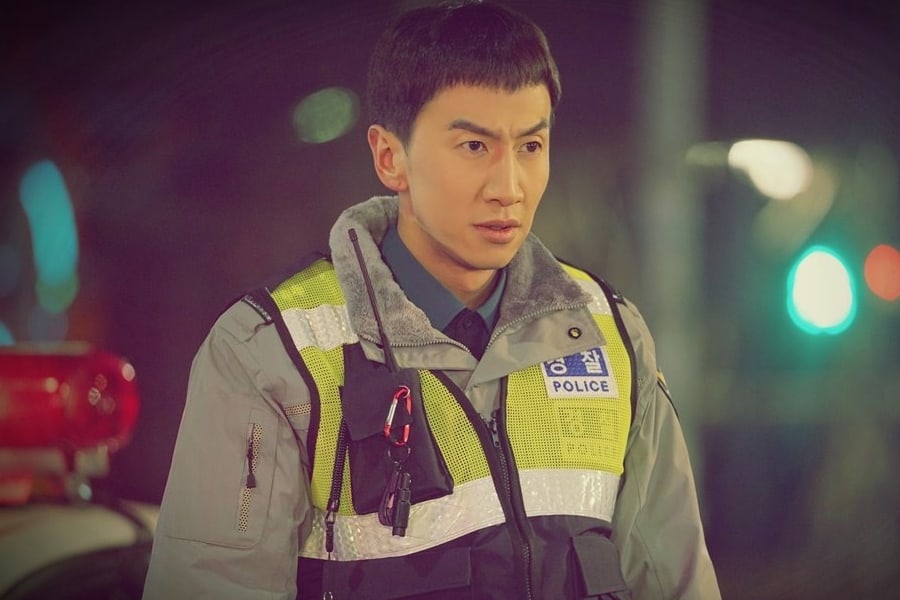 Before debuting as an actor, Lee Kwang Soo was working as a model in 2009 when he found an elderly couple bleeding and lying on the ground in a supermarket.

The victims had gotten hurt after a drunk customer attacked them. Seeing this, Lee Kwang Soo remained calm and reported the incident to the police.

He attended the court hearings as a witness even during his busy schedule while filming MBC’s “Jewel in the Crown” and SBS’s “Running Man.” 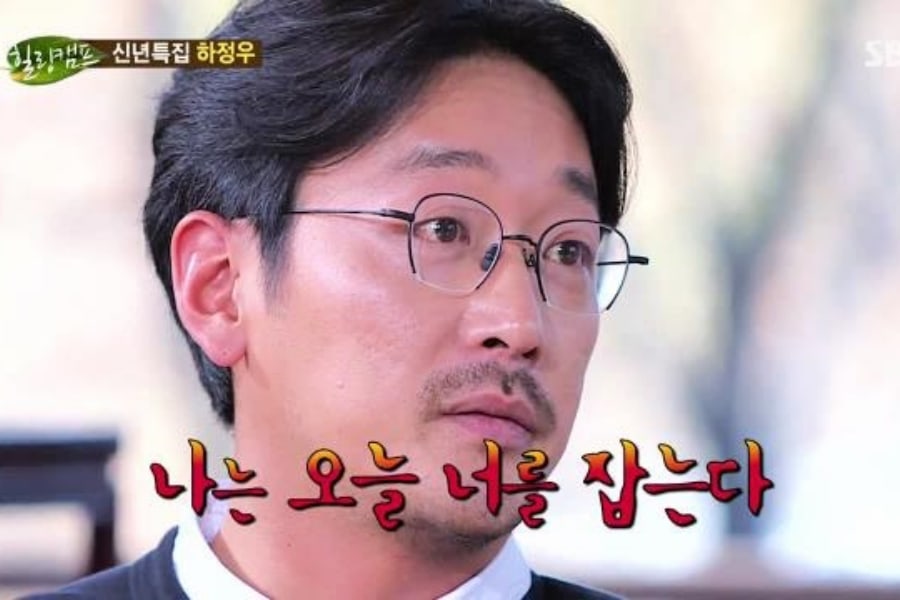 Ha Jung Woo previously told a story during his appearance on SBS’s “Healing Camp” about how he caught someone committing a hit-and-run.

He said, “I was walking home after work and was hit by a car. The car ran away after hitting me.” Using the physical endurance he had built up for a shoot along with his knowledge of the neighborhood, he predicted the driver’s route and ran after them.

The actor eventually found the parked car, found out that the driver drove under the influence, and handed them over to the police. 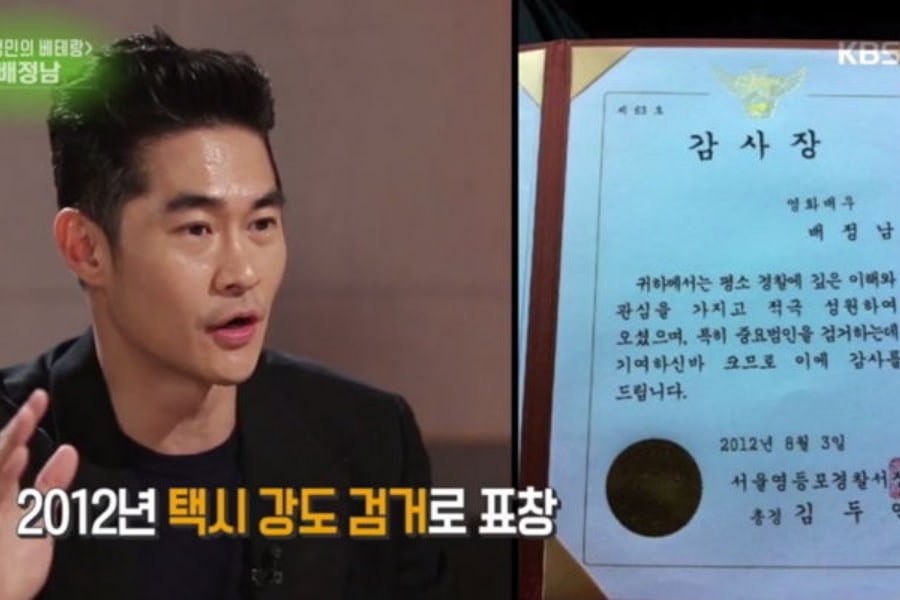 In 2012, Bae Jung Nam received a letter of appreciation from the police. After shooting the film “Berlin,” the model-actor caught a thief on his way home.

At the time, Bae Jung Nam was waiting for the traffic light to change when he heard a taxi driver yell, “Thief!” He saw a taxi driver and a thief running into an alley. As soon as he saw this, him and his manager ran after the thief and caught the tired thief who was resting.

A few days later, Bae Jung Nam received a letter of appreciation from the Yeongdeungpo Police Station. He commented, “It’s something anyone can do and I feel embarrassed that I received such an award.” 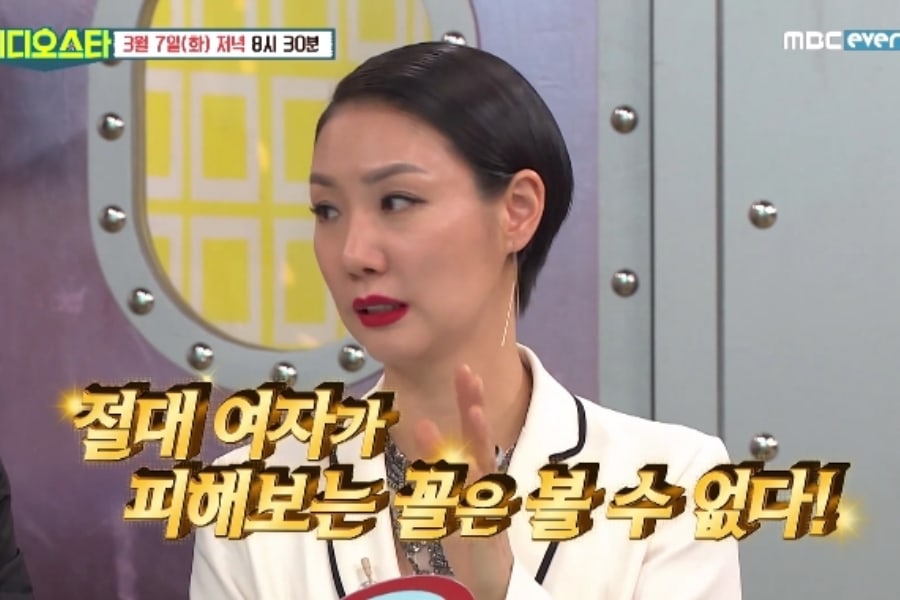 Vicky took a more hands-on approach to catching a criminal. During her appearance on MBC every1’s “Video Star,” the Diva member talked about how she heard a man and woman fighting next door during her girl group promotions.

After hearing a woman’s scream, she opened the door to her next door neighbor’s home and saw a man trying to attack a woman. The attempted rapist ran away after Vicky cursed and yelled at him, and she chased after him.

While trying to escape by climbing a wall as Vicky chased after him, he was arrested when police arrived at the scene.