B1A4’s Sandeul spoke candidly about some of the ups and downs in his life in a recent interview.

On June 3, the idol released his latest solo album “One Fine Day” and a title track of the same name. 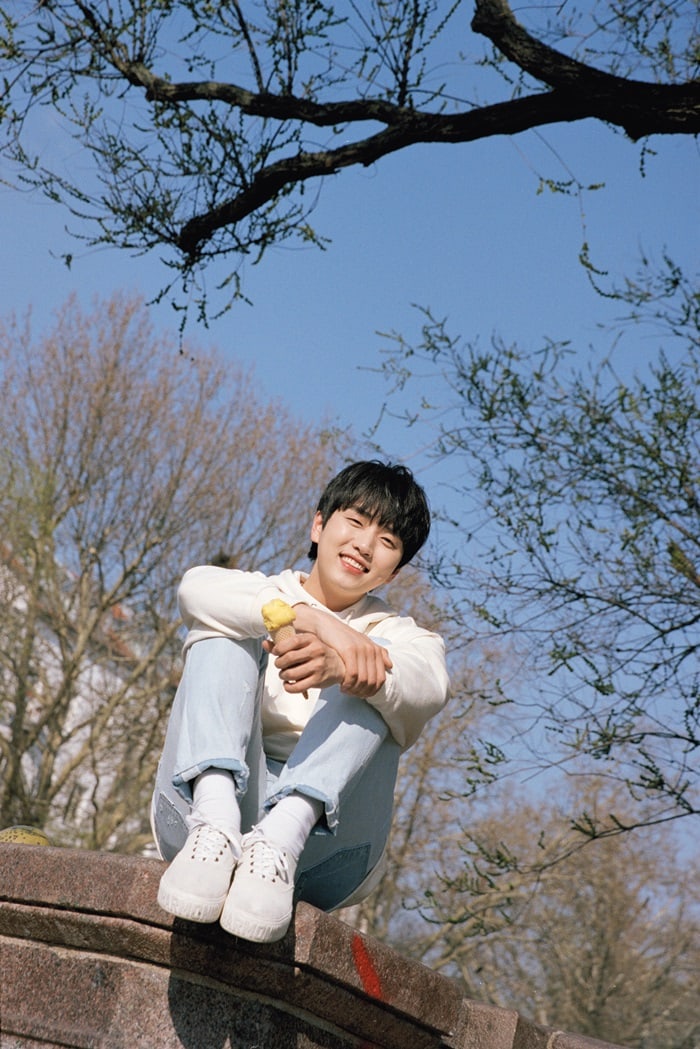 In 2018, B1A4’s contract with WM Entertainment expired, and the members made decisions for their future. Sandeul, CNU, and Gongchan renewed their contracts with the agency and continued to promote as B1A4, while Jinyoung signed with LINK8 Entertainment and Baro with HODU&U Entertainment. CNU then enlisted in the military in January, and the members have been concentrating on individual promotions.

“The final track on this album ‘I’m Fine’ is a song I wrote when I was the least fine,” began Sandeul. “I wasn’t fine because there was the issue with the team, and things I didn’t think would happen to me were happening to me. But at some point, I started feeling okay little by little. When I started to overcome my slump, I wrote ‘I’m Fine.'”

He continued, “I had a lot on my mind, but things were sorted out one by one. Now, I’m totally fine. A good song was created thanks to the ups and downs in my life. That’s where this album began. The three of us were preparing for B1A4’s album when CNU went to the military, so we pushed back B1A4’s album and geared up for my solo album. Honestly, I wasn’t ambitious about releasing a solo album. I really liked promoting with the members, so I wanted to do that, but the situation ended up like this.” 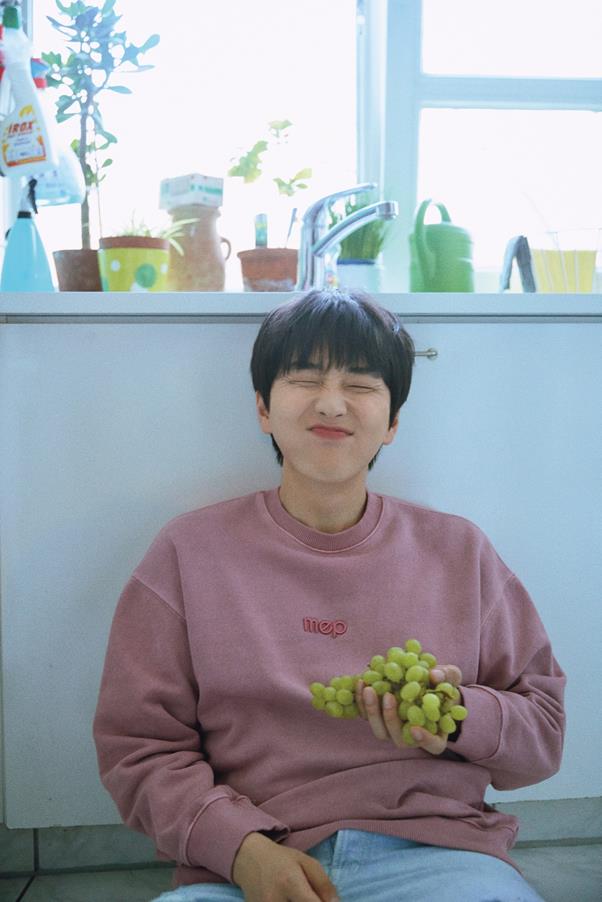 Sandeul’s solo release was met with support from B1A4 members. CNU gifted him the B-side track “Oblique Line” while Gongchan sang the duet “Love, Always You” with him.

“CNU always makes me sing the guide whenever he makes a song, and as soon as I heard the first part of ‘Oblique Line,’ I asked him to give it to me,” revealed Sandeul. “I’ve been with him for about 10 years now, and the song was undeniably him. The way [the lyrics] persistently say that a no is a no was just like him. But the song turned out to have a different feel once it was complete.”

He shared, “‘Love, Always You’ is a song I ambitiously included while dreaming of a duet with Gongchan. I hope that many people will say that they want to hear many collaborations between Gongchan and Sandeul after hearing this song. If people look forward to it more, then I think that the two of us might be able to release a duet album. Gongchan doesn’t know. The most important person doesn’t know this, but Gongchan probably likes singing with me too.” 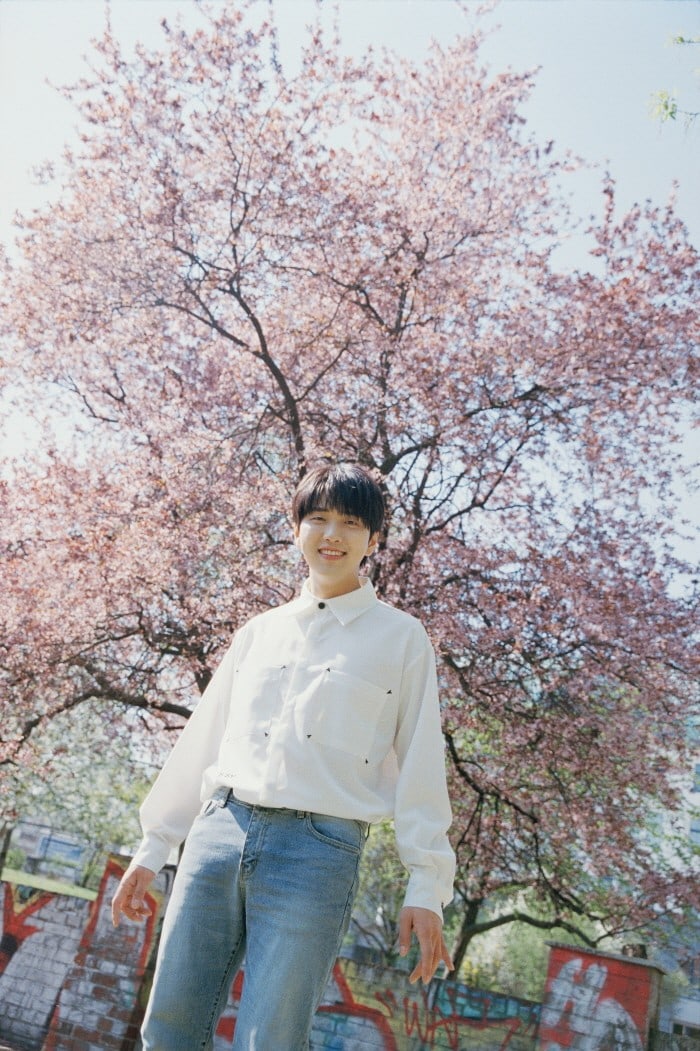 Sandeul is currently preparing for his solo concert on June 29 and 30 at the Blue Square iMarket Hall in Seoul. “I’m really looking forward to it, and I’m also nervous,” commented the singer. “Since it’s my first solo concert, I’m feeling ambitious. During my first solo album promotions, I was hospitalized because I went overboard. So although I’m preparing thoroughly, I’m trying to keep my mind at ease.”

He continued, “For starters, I don’t trust myself. I already know all too well that I’ll get excited on stage, so I’m constantly simulating various scenarios and controlling my mind that way. I think I’ll get excited as soon as I sing the first song. I might cry after singing the first song, so I’m really scared. I personally tried buying tickets [for the concert] because of a fan event, and I already almost cried because of the ‘sold out’ notice.”

Sandeul added, “At B1A4’s first concert, I had no experience and wasn’t able to look around properly, so I cried at the end when I began to relax. But it’s a bit different these days. I can see every single light fixture that I wasn’t able to see before, so I really might cry. That’s what I’m scared of. I’ll try my best to be careful.” 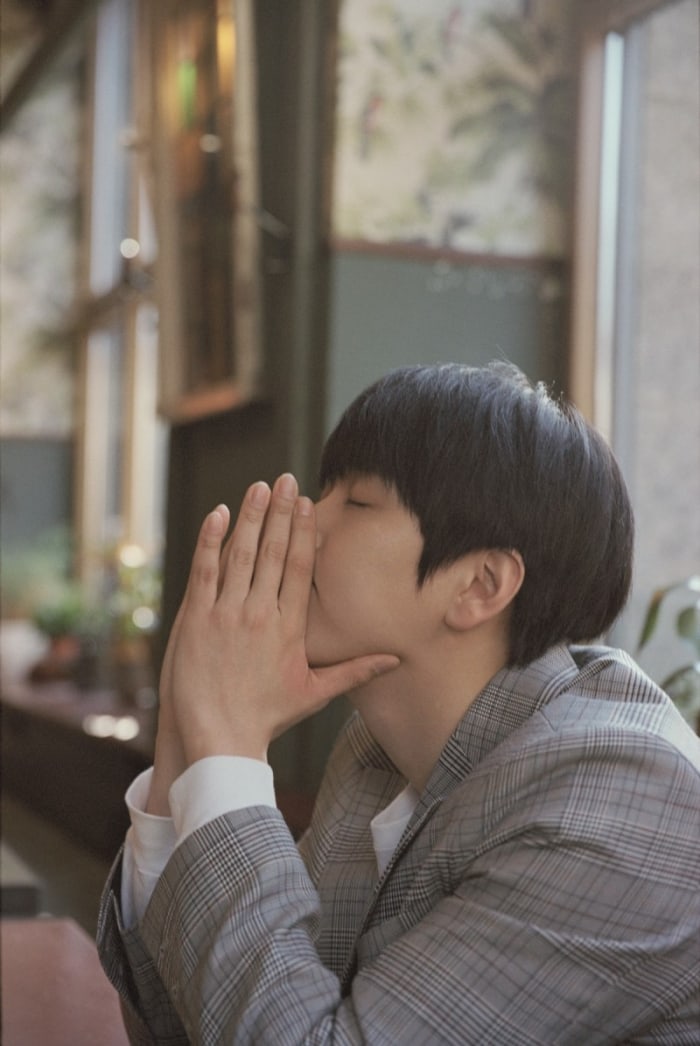 Check out the MV for Sandeul’s newest title track “One Fine Day” here!