Yeo Jin Goo currently stars in SBS’s “Absolute Boyfriend” as a humanoid robot named Zero Nine who does everything he can to make Da Da (played by Girl’s Day’s Minah) happy.

Here are six of Zero Nine’s heart-racing skills that are making viewers and Da Da fall head over heels for him. 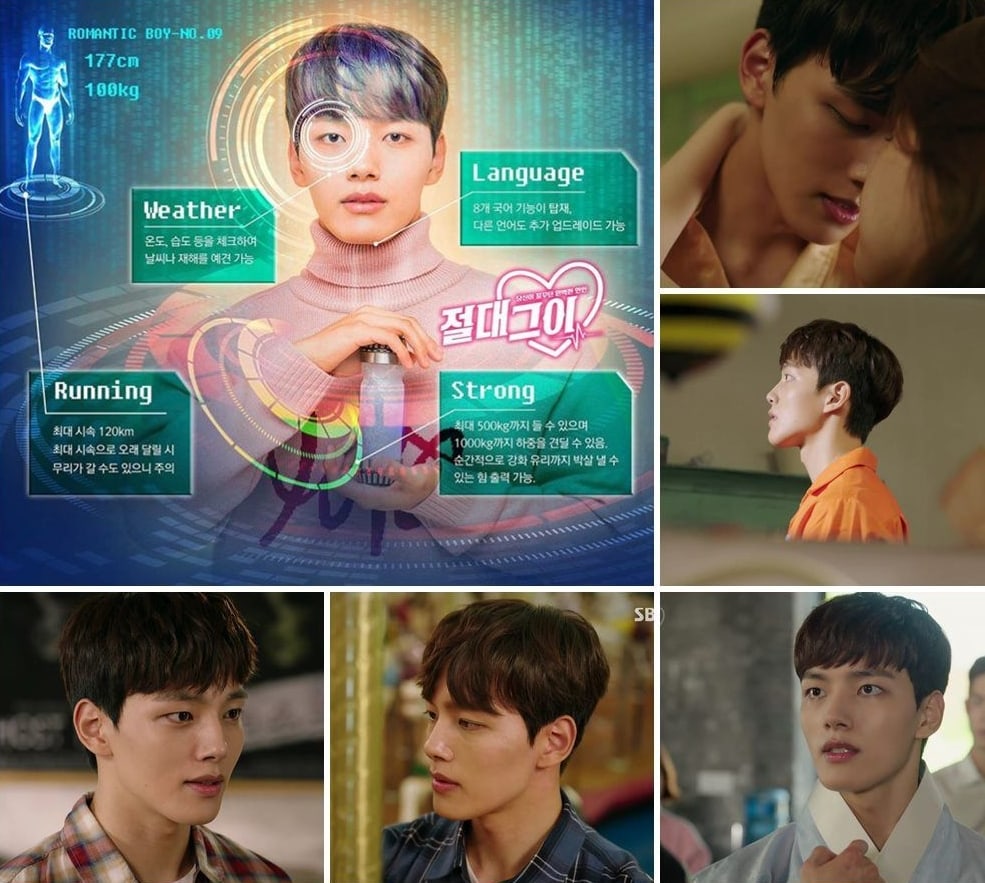 In episode four of “Absolute Boyfriend,” Zero Nine heats things up when Da Da says she is going to bed. The look in his eyes immediately changes as he asks her if she is going to sleep alone and kisses her nose.

Zero Nine shows off his impressive skills by finding and fixing faults in electronic appliances in episode five. He also gathers data on humidity, temperature, and wind velocity, and goes to pick up Da Da after correctly predicting that it would rain.

The usually sweet humanoid robot surprised viewers by using his superpowers to protect his girlfriend. When a man grabs Da Da by the collar, Zero Nine sends him flying with just the flick of his hand.

In episode 10, when Da Da loses her wallet at the amusement park, Zero Nine turns on his x-ray mode and quickly finds the wallet in the dark amusement park.

Da Da is moved by Zero Nine’s actions when he uses his power to make the amusement park come alive. He makes the parade car and balloon ride light up which puts a smile on his girlfriend’s face.

Zero Nine has the perfect words of comfort in episode 12. When Da Da pushes him away due to her past relationship, this does not deter his love for her. He says with a sweet smile, “It doesn’t matter if my girlfriend doesn’t like me because I’ll love my girlfriend. That’s why I was born.”

“Absolute Boyfriend” airs on Wednesdays and Thursdays at 10 p.m. KST. Check out the latest episode with English subtitles below!