Super Junior’s Kim Heechul has nothing but love for his former students fromis_9!

On the June 4 episode of JTBC’s “Idol Room,” fromis_9 appeared as guests and talked to Kim Heechul on the phone. Kim Heechul was previously a homeroom teacher on Mnet’s “Idol School” where the trainees competed to debut as a final member of fromis_9.

The Super Junior member picked up the phone when fromis_9’s Noh Ji Sun called him. He said, “Your teacher was playing a mobile game and contemplated whether or not to pick up when you called.”

The Super Junior member concluded, “fromis_9 is doing a very good job. Be healthy and don’t get hurt. Whose loss is it if you guys get hurt?” 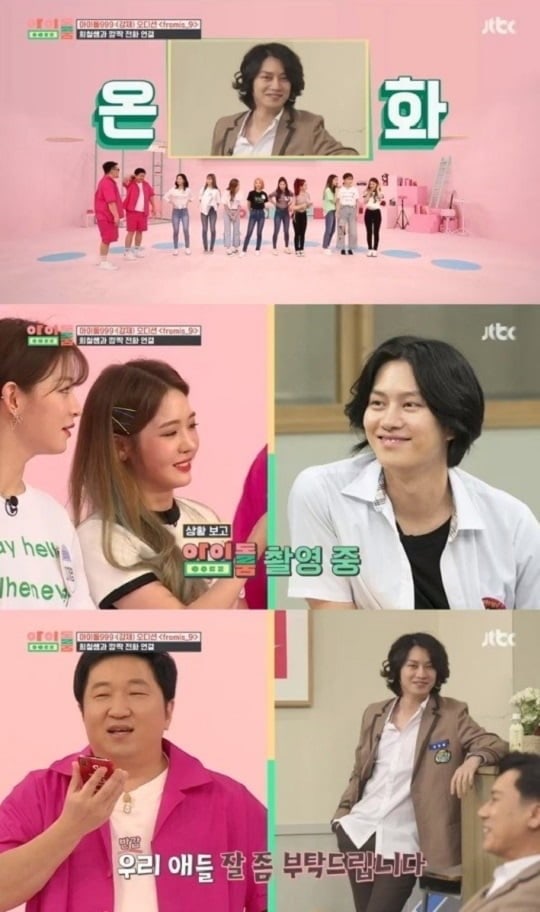