On the June 4 episode, the entertainment news show reported on the singer’s discharge from the Marine Corps.

Lee Chan Hyuk enlisted in the Marine Corps in September 2017 and was discharged on May 29 after completing his mandatory service at the 1st Marine Division in Pohang.

“I honestly thought that I would be really happy, but it feels bittersweet,” said the Akdong Musician member. “I think a large part of me feels upset about leaving a place that was my home for a year and nine months.”

Lee Chan Hyuk had previously proclaimed his love for the Marine Corps by saying that he wants to live there. He made everyone laugh by saying, “I gained strength by dancing to TWICE.” 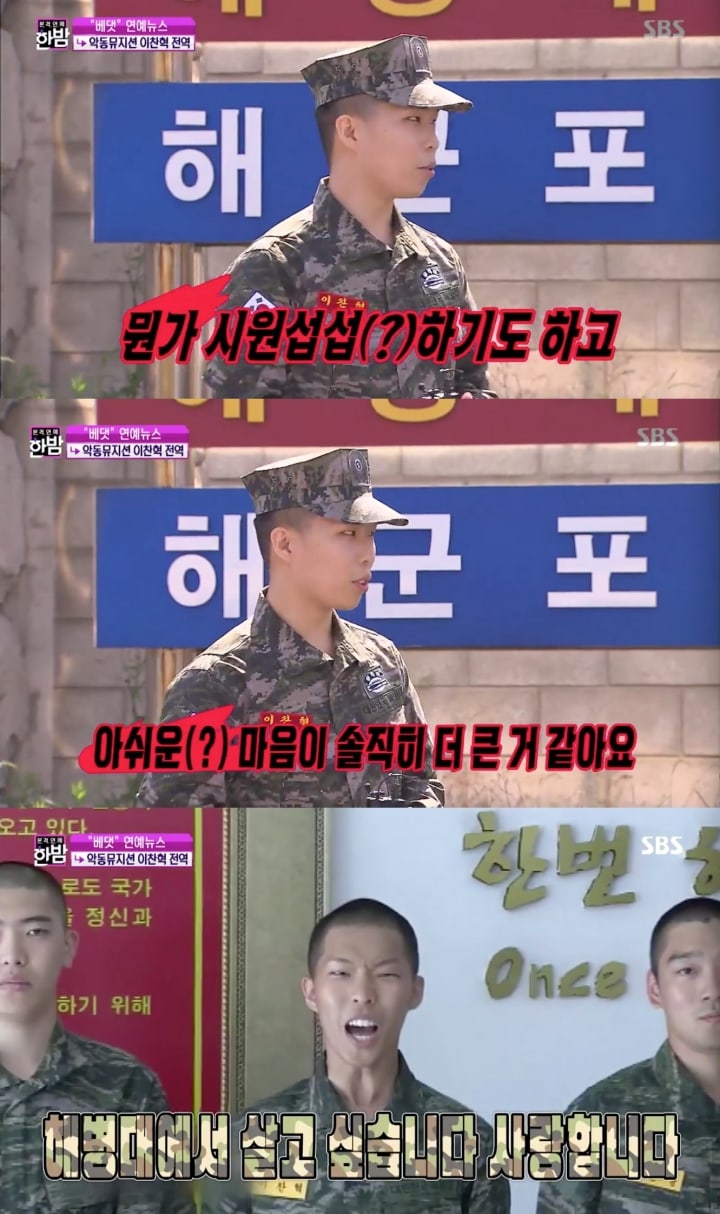 He concluded, “I’ll see you as Akdong Musician from here on out, so please look forward to it.” 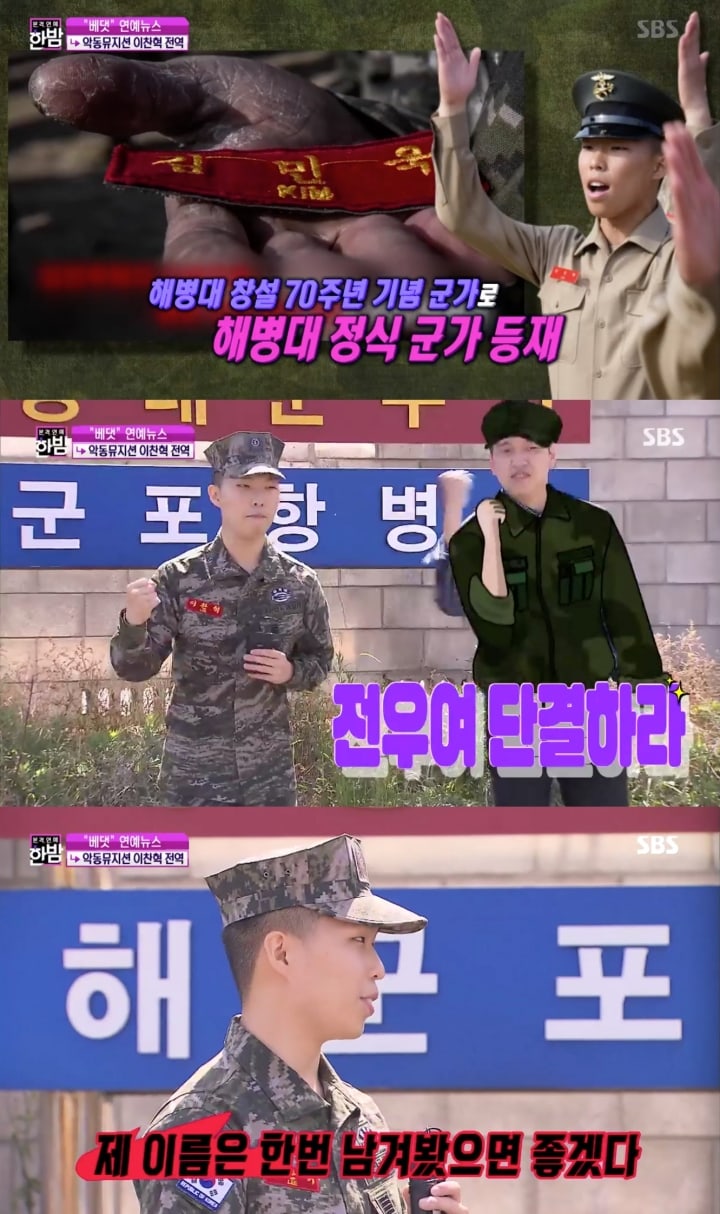 Lee Chan Hyuk will appear on JTBC’s “Ask Us Anything” with Jeon Somi on June 8. Check out the preview here!

AKMU
Lee Chan Hyuk
E-news Exclusive
How does this article make you feel?