TVXQ’s Yunho and BoA showed off their friendship on MBC’s “I Live Alone.”

On the June 7 episode, Yunho enjoyed a fun day with his best friend and SM Entertainment labelmate BoA.

The idol greeted the cast at the studio for the first time in almost a year since his last appearance on the show. They commented that it felt like they saw him often due to his footage being frequently used on the show, and Yunho replied, “My friends call me and say that I appeared again.”

Yunho kickstarted his day with his now-famous energetic dance in his living room before cutting up vegetables and packing them in an icebox. He stated, “I’m going to spend a special day with someone I’m indebted to.” 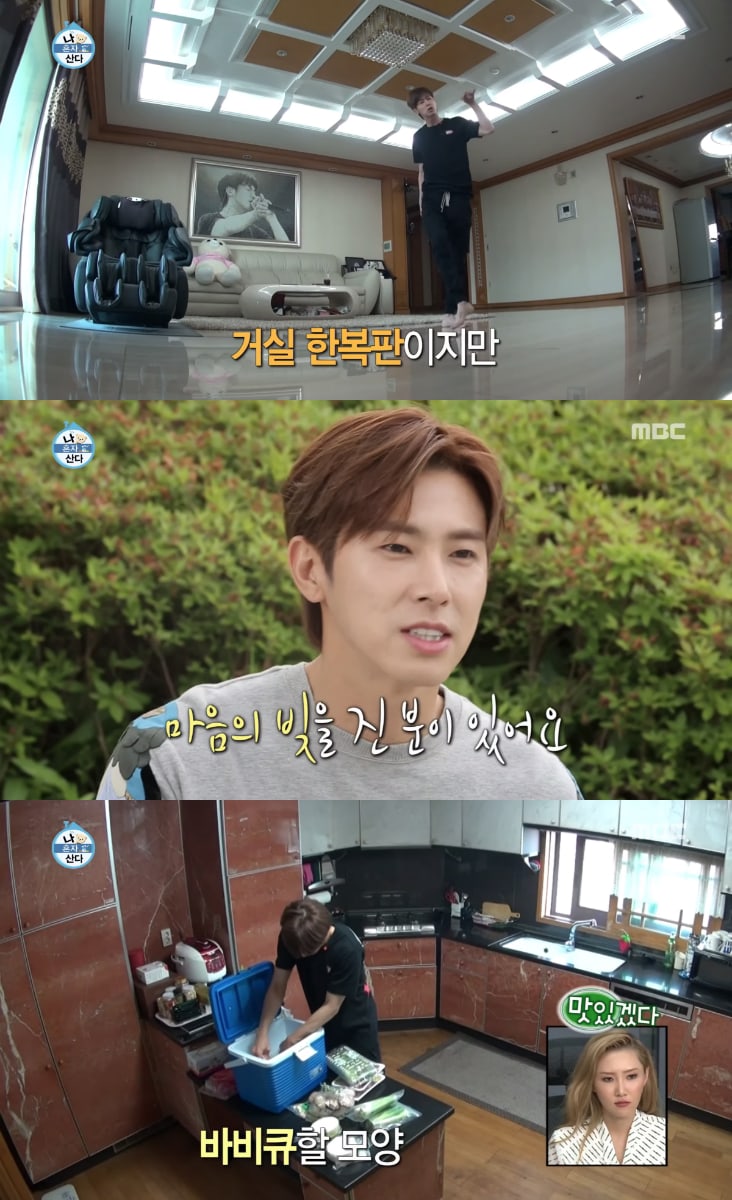 The singer then entered the SM Entertainment building and joyfully greeted BoA with a warm embrace. Seeing this, the cast members said, “But you guys are a man and a woman” and brought up the old Korean saying, “A boy and a girl should not sit together after they’ve reached the age of seven.”

Speaking about their decade-old friendship, Yunho said, “She’s a friend who I became close with after I debuted as TVXQ. We were awkward with each other until we talked about this and that during overseas promotions. We became close so suddenly that I can’t remember when exactly we became close.” He told the cast, “She’s a really close friend who I won’t get in dating rumors with even if I hug her.” When the cast members accused the pair of being at the beginning stages of a fling, Yunho strongly refuted this, saying, “Not at all. It’s 100 percent, 140 percent, not it.”

The two singers took a trip down memory lane by bringing up some of their past memories together such as the viral clip of their high five and “Only One” performance. When a car cut in in front, Yunho showed his chivalry by protecting BoA with his hand. He added, “I do that for men as well.” 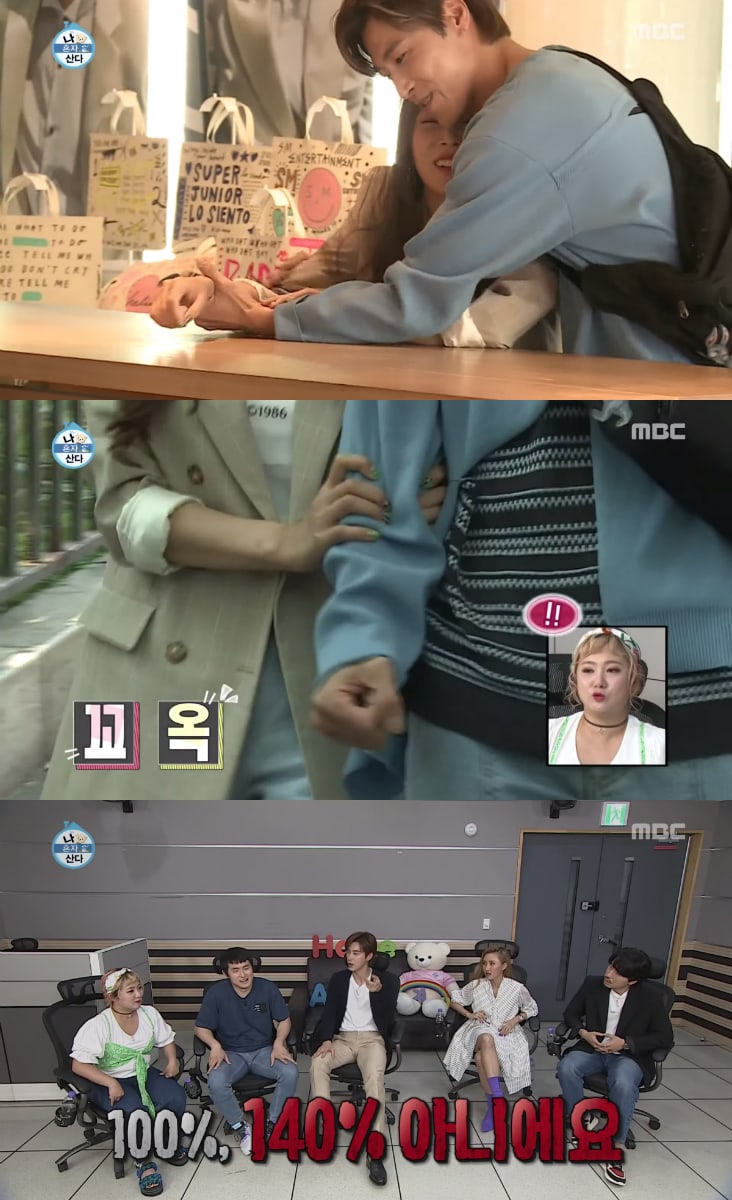 BoA and Yunho arrived at an amusement park and headed to the safari. “When I hang out with BoA, it feels like we’re still in our early 20s,” said the TVXQ member. “I wanted to return to my childhood.” They got in a safari car and went on an exciting tour where they got to feed tigers and lions, and were fascinated by a bear who walked alongside them.

The two friends then continued their day together at a camping ground, and Yunho tried to showcase his cooking skills by grilling meat and making soybean paste stew. Although Yunho forgot some basic ingredients for the broth, he was undeterred and put everything into the pot. BoA reassured him, saying, “It’s Yunho’s style.” He then carried the pot into the camping car and secretly added ramen soup base powder to the stew. BoA burst into laughter after tasting the stew and asked if he was on a low-sodium diet.

After the meal, Yunho handed BoA a handwritten letter. She said, “This is the first time [I’m receiving a handwritten letter] after your military service,” and Yunho replied, “I had three posters of you at home. I do childish things when I’m with you. Time rewinds to the past.”

He explained during his interview, “There were two difficult moments in my life. For some reason, BoA appeared during that time. She’s a friend who rushes to my side without asking any questions. She’s more loyal than men.”

Yunho said to BoA, “We’re friends of the same age and a senior and a junior, and you’re a friend I want to see for a long time.” BoA commented, “We don’t contact each other often, but it feels like yesterday whenever we see each other. I like that.”

When he said, “If you or I get married, I think both of us will get emotional,” she added, “I feel like we’re fraternal twins.” 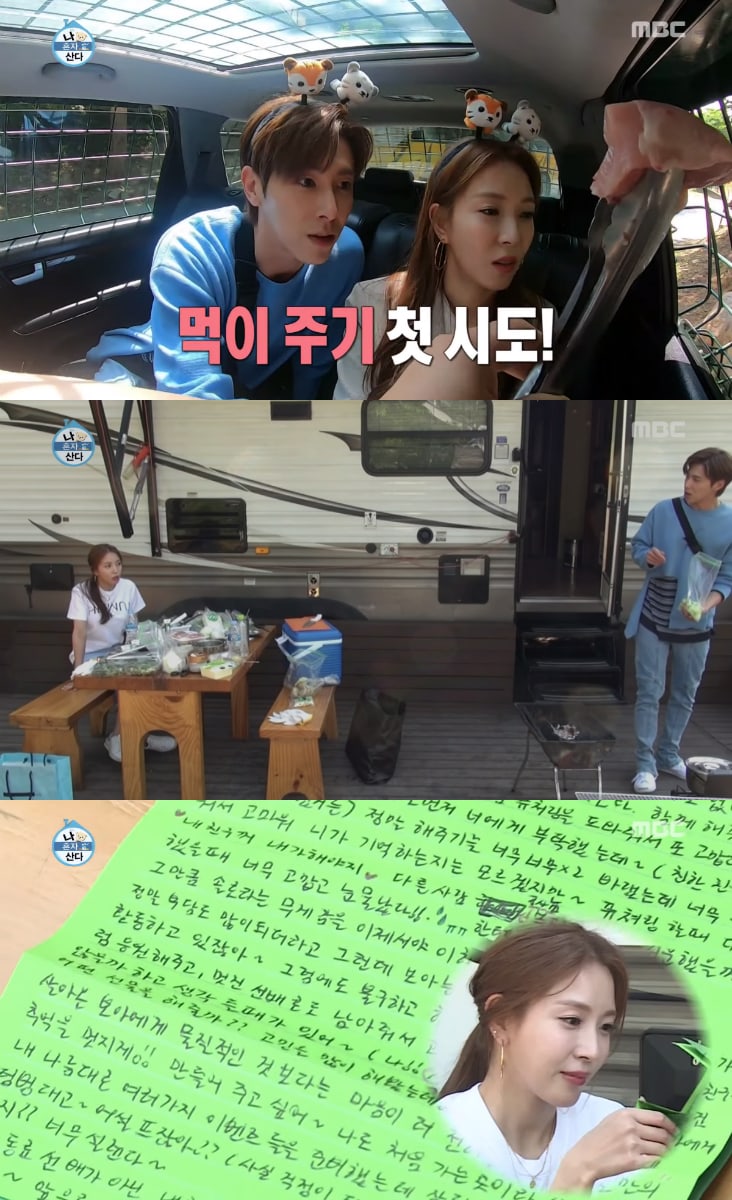 Yunho will be releasing his first solo mini album “True Colors” on June 12. Watch “I Live Alone” below!

TVXQ
BoA
Yunho
Home Alone
How does this article make you feel?