On the June 8 episode of the variety show, Sandara Park appeared as a guest on the program’s “Dating Experts” special.

During the show, MC Kim Sung Joo surprised everyone by revealing, “I hear that Sandara Park, who’s being called a dating expert, has had an unrequited crush on someone for 22 years. That person is Eun Ji Won.”

Eun Ji Won smiled shyly in response, and Kim Sung Joo continued, “I heard that when Sandara Park received the offer to appear [on our show], she gladly accepted without a moment’s hesitation.”

Brown Eyed Girls’ JeA said, “When Sandara Park appears on a show with Eun Ji Won, she says afterwards, ‘Isn’t Ji Won oppa so perfect?’ When Eun Ji Won changes his hairstyle, she praises him by saying, ‘He looks younger than idols these days.'” Eun Ji Won responded, “That’s too much praise,” and Sandara Park commented, “It’s embarrassing talking about it like this when he’s right next to me.”

When asked why she likes Eun Ji Won so much, Sandara Park explained, “He’s so handsome, and he’s had tsundere charms ever since [SECHSKIES’] promotions for ‘A Man’s Path.’ But in real life, he’s so sweet about everything.”

MC Kim Sung Joo asked the SECHSKIES member if he had known about Sandara Park’s feelings, and Eun Ji Won answered, “I think the 22 years part was exaggerated. She came to our concert when our group reunited, and because I also like 2NE1, I felt nervous and excited. I was grateful [that she came].”

g.o.d’s Park Joon Hyung then burst into laughter, commenting, “It feels weird to see [Eun Ji Won] suddenly talking about this kind of thing in such a serious tone.” 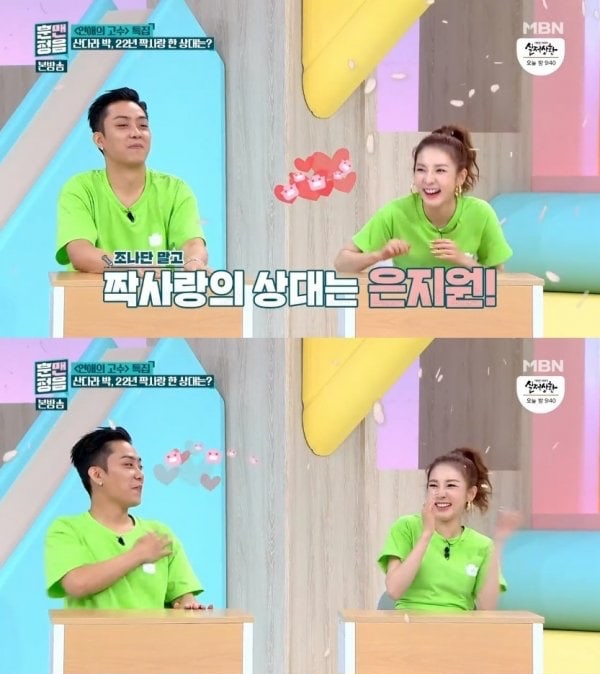 Eun Ji Won is currently gearing up for his solo debut. Check out his new teaser here!

Sandara Park
Eun Ji Won
SECHSKIES
How does this article make you feel?