On this week’s episode of MBC’s “The King of Mask Singer,” the identity of “Chicken” was revealed!

In the first round of the June 9 episode of the singing competition, “Chicken” faced off against “Chicken Soup” as they sang a duet version of Joo Hwan Gun’s “Friend.”

After “Chicken Soup” won the round with a score of 73 to 26, “Chicken” remained on stage to sing a cover of Ra.D’s “Mom” and reveal his identity. 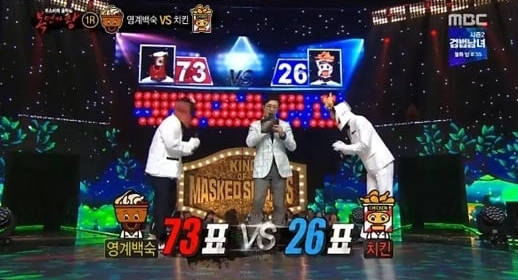 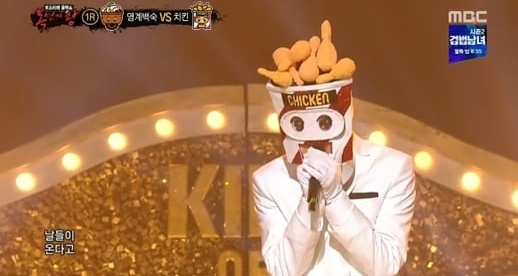 “Chicken” turned out to be former CROSS GENE member Takuya! 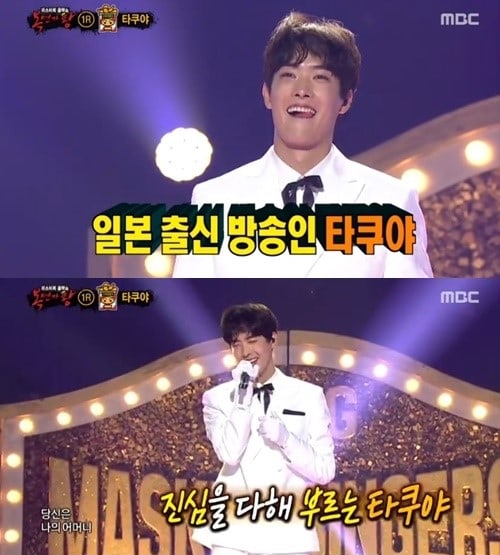 After he took off his mask, the shocked panelists exclaimed, “He’s a foreigner, right? He’s from Japan?” Block B’s U-Kwon added with a laugh, “I had no idea.” When Takuya finished his song, Kim Gura commented, “I thought he was No Min Woo.”

Takuya, who is originally from Japan, shared that he had been concerned about hiding his identity because he was not a native Korean speaker. When he heard that Kim Gura had thought he was No Min Woo, he remarked, “There are a lot of difficult pronunciations that you come across while singing, so I worried a lot about my pronunciation. But I’m relieved that I was able to finish successfully.”

He also explained why he had wanted to appear on “The King of Mask Singer,” saying, “Since I’ve been promoting in Korea, my friends and family back home did not know what kind of work I was doing. ‘The King of Mask Singer’ is popular in Japan, so I hope they will see me on this show and be happy.”

Takuya
CROSS GENE
The King of Mask Singer
How does this article make you feel?