On June 11, Good Data Corporation released their weekly ratings of the most buzzworthy dramas and actors. The results are from the company’s analysis of 22 dramas for the first week of June.

tvN’s “Arthdal Chronicles” maintained its position from last week as No. 1 on the list of most buzzworthy dramas. While the drama generated more buzz during the second week, this includes negative reactions such as viewer confusion regarding the plot. The drama’s lead actors Song Joong Ki and Jang Dong Gun also entered the list of most buzzworthy actors at No. 3 and No. 7, respectively.

Following “Arthdal Chronicles” is MBC’s “One Spring Night,” which rose from last week’s position of No. 3 to No. 2. Lead actors Jung Hae In and Han Ji Min also placed high on the buzzworthy actors list, with Jung Hae In in first place and Han Ji Min in second place. Kim Jun Han also entered the same list at No. 10.

tvN’s newest drama “Search: WWW,” which premiered on June 5, placed No. 3. After its premiere, the drama received positive responses from viewers especially for the chemistry between Im Soo Jung and Jang Ki Yong. Im Soo Jung also entered the list of buzzworthy actors at No. 4.

KBS2’s newest fantasy romance drama “Perfume,” which aired its premiere episodes on June 3 and became the most watched drama in its time slot, entered the list in fifth place. The drama’s lead actress Go Won Hee placed No. 5 on the most buzzworthy actors list. 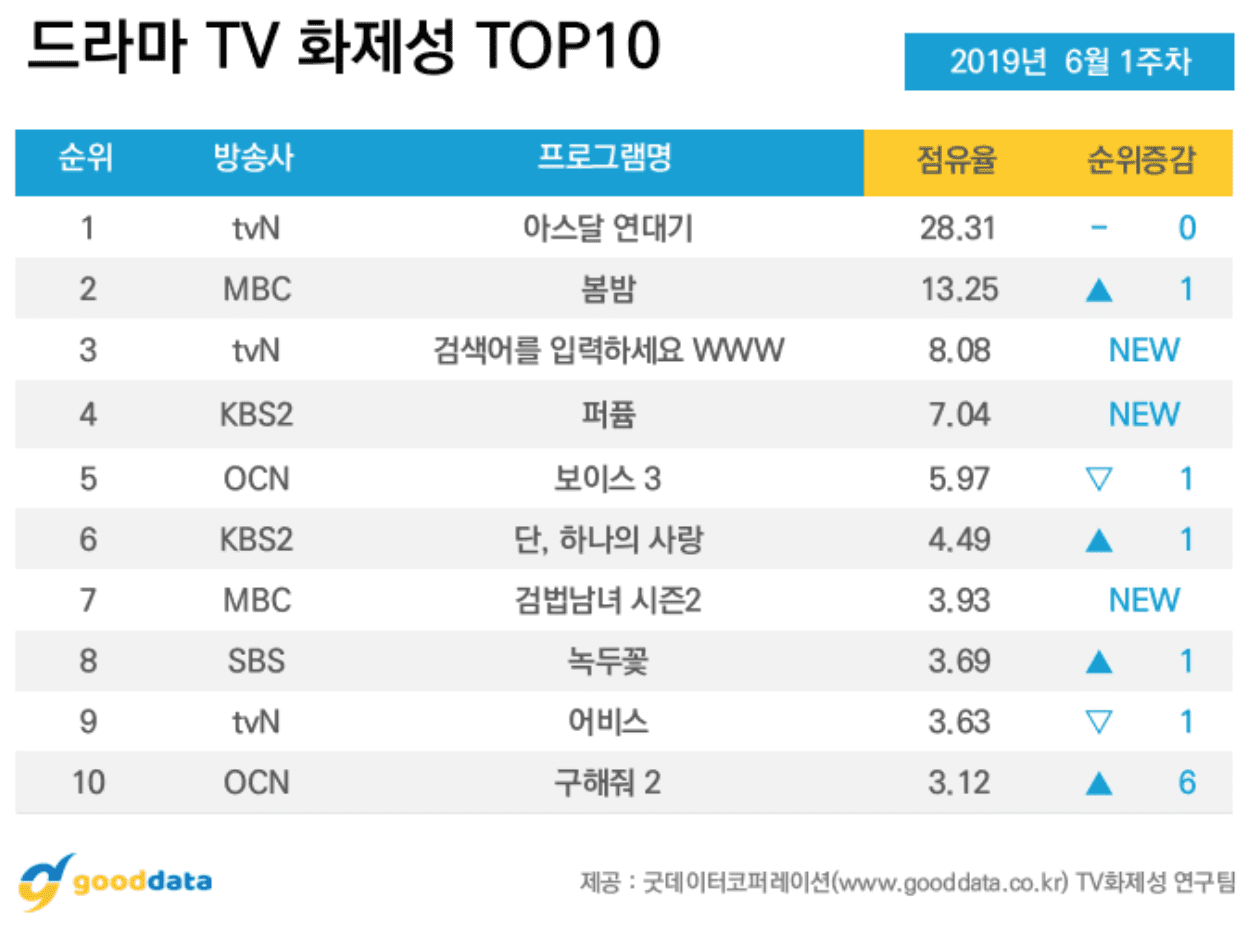 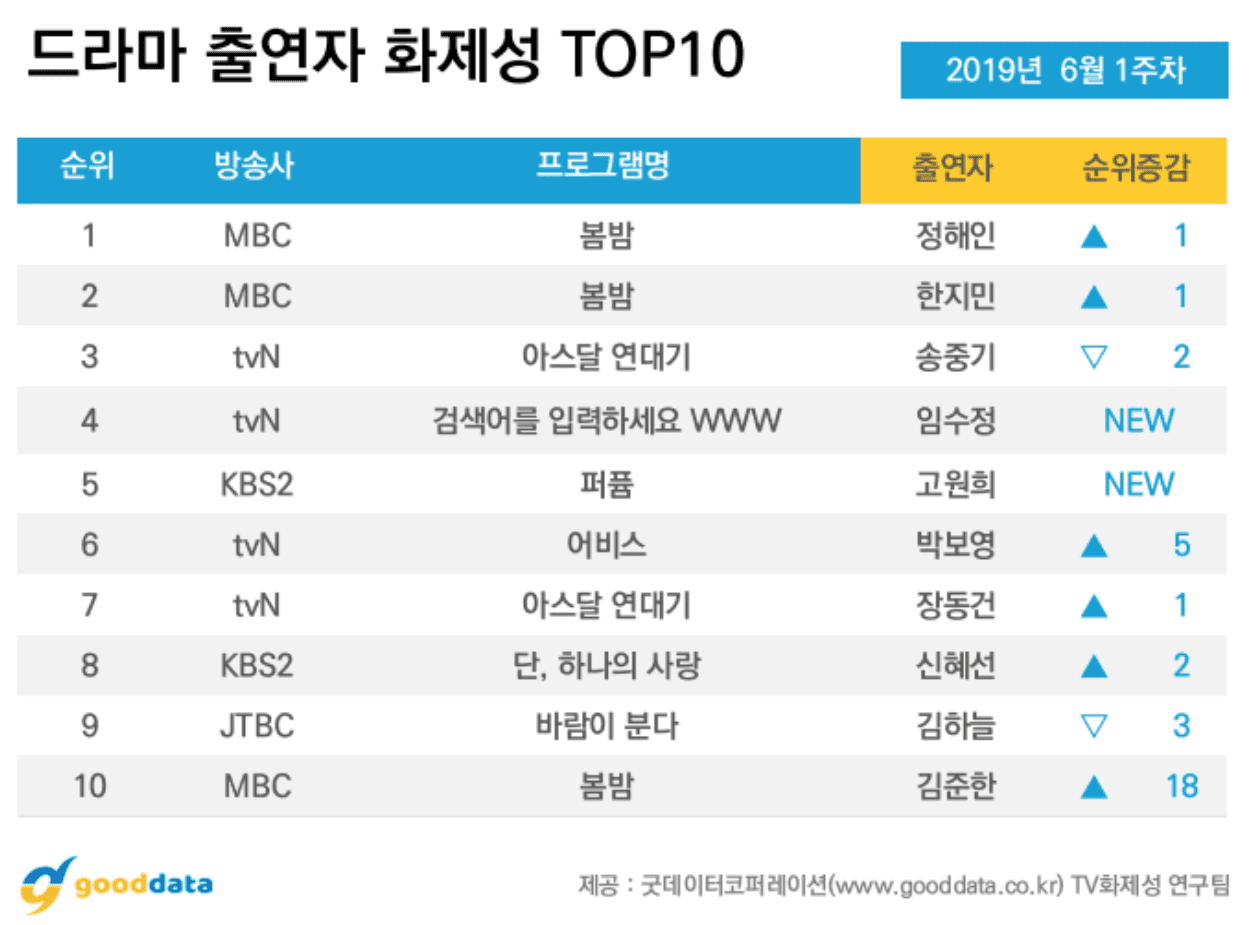