On June 3, Good Data Corporation released their weekly ratings of the most buzzworthy dramas and cast members.

The results are from the company’s analysis of 26 dramas that aired or are scheduled to air from May 27 to June 2.

tvN’s newest weekend drama “Arthdal Chronicles,” which premiered on June 1, became this week’s most buzzworthy drama. The drama raised the public’s anticipation even before its premiere by announcing the star-studded lineup of actors that features Jang Dong Gun, Song Joong Ki, Kim Ok Bin, and Kim Ji Won. Song Joong Ki also entered the list of most buzzworthy actors at No. 1. Jang Dong Gun placed No. 8 on the same list, followed by Kim Ji Won in ninth place.

Following “Arthdal Chronicles” is tvN’s “Her Private Life.” The drama aired its final episode on May 30. The chemistry between Kim Jae Wook and Park Min Young was one of the elements that allowed the drama to remain on the list of most buzzworthy dramas for weeks. Park Min Young placed No. 4 on the buzzworthy actors list, followed by Kim Jae Wook in fifth place.

In third place was MBC’s Wendesday-Thursday drama “One Spring Night.” The drama topped last week’s list of most buzzworthy dramas after premiering with solid ratings on May 22, but it has since dropped to No. 3. Jung Hae In entered the buzzworthy actors list at No. 2, and Han Ji Min followed in third place. 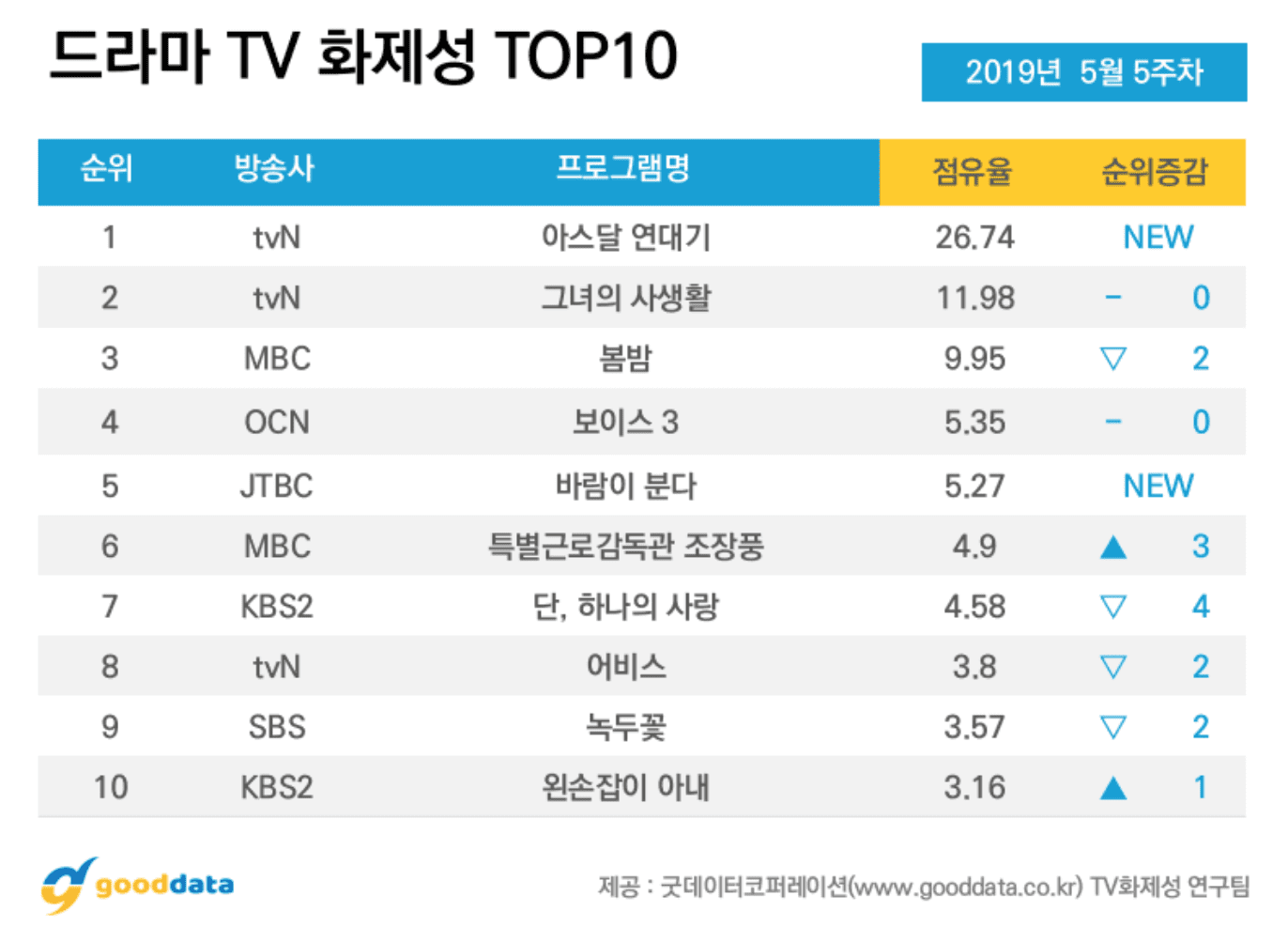 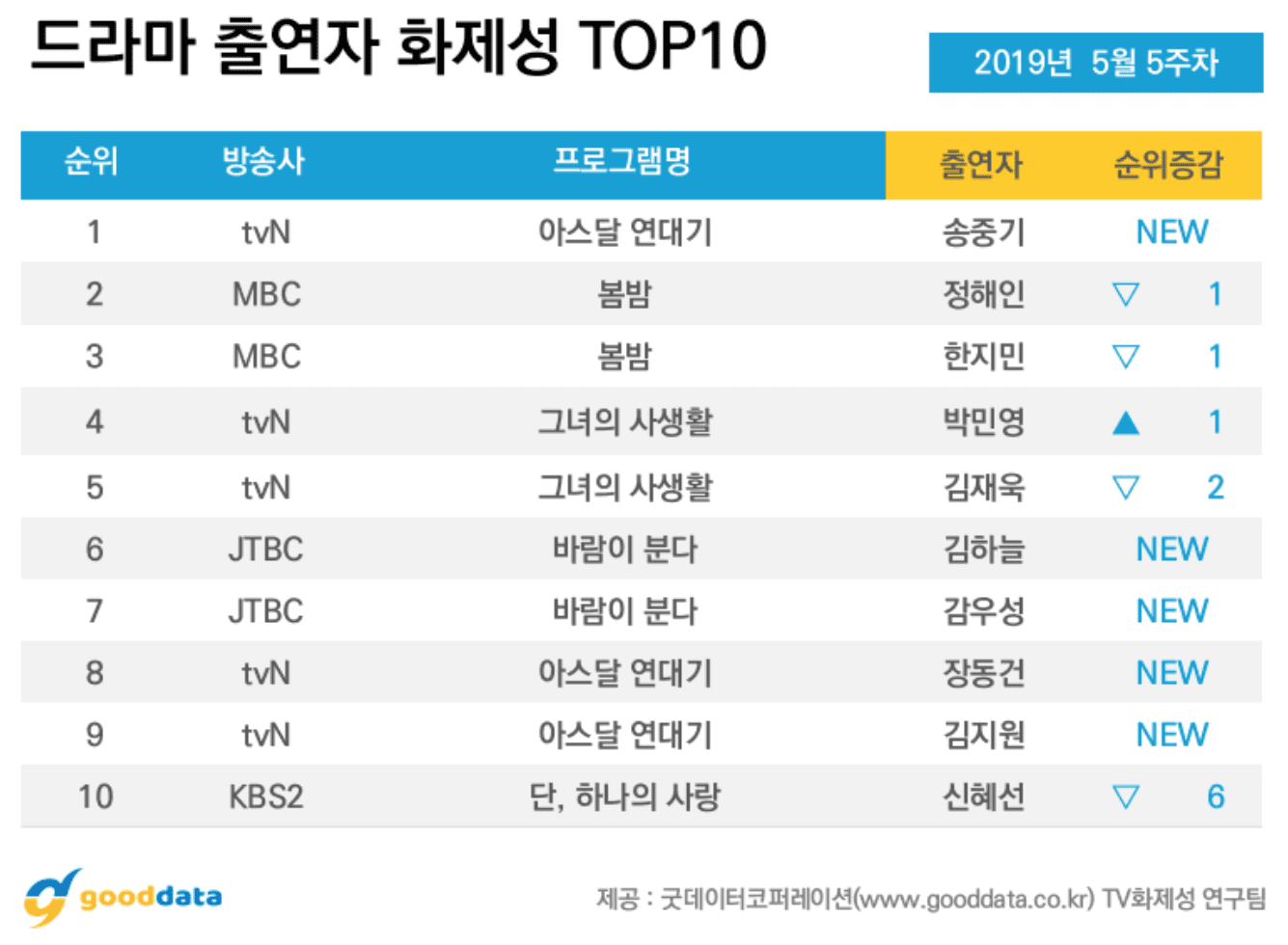