The drama is about Joseon’s first “problematic” woman Goo Hae Ryung, who is always asking “why,” and her romance with the single-since-birth prince Lee Rim (played by ASTRO’s Cha Eun Woo).

In the latest preview released on June 12, Goo Hae Ryung is bored out of her mind and incredibly unhappy at bridal class, daydreaming out the window, sleeping on her desk, and rebelling against her instructor’s expectations. By today’s standards, Goo Hae Ryung is a young, 26-year-old woman, but by Joseon calculations, she’s an “old maid,” and she is by far the oldest in her class.

A source from the drama said, “It’ll be fun watching Hae Ryung’s situation, as, at the time, she was considered old. Moreover, the bridal class and term ‘old maid’ will have a big influence in Hae Ryung’s life, so please keep an eye out for this drama.” 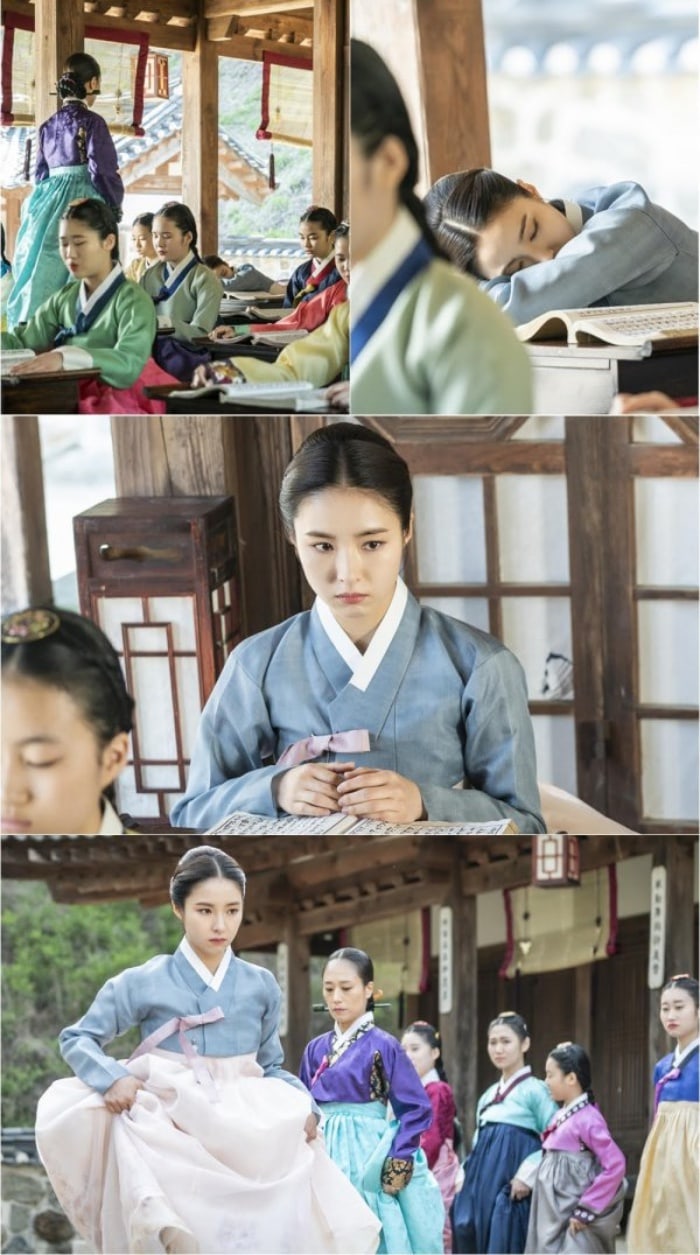