Kang Seung Yoon shared that Eun Ji Won takes care of WINNER well. Lee Seung Hoon also said, “He is the senior artist who takes care of WINNER best.” He then added, “Our company doesn’t have many senior artists left,” surprising fellow member Kang Seung Yoon and the rest of the cast. Kim Gook Jin appeared impressed with the special MC, saying, “Seung Hoon is quite a funny person.” 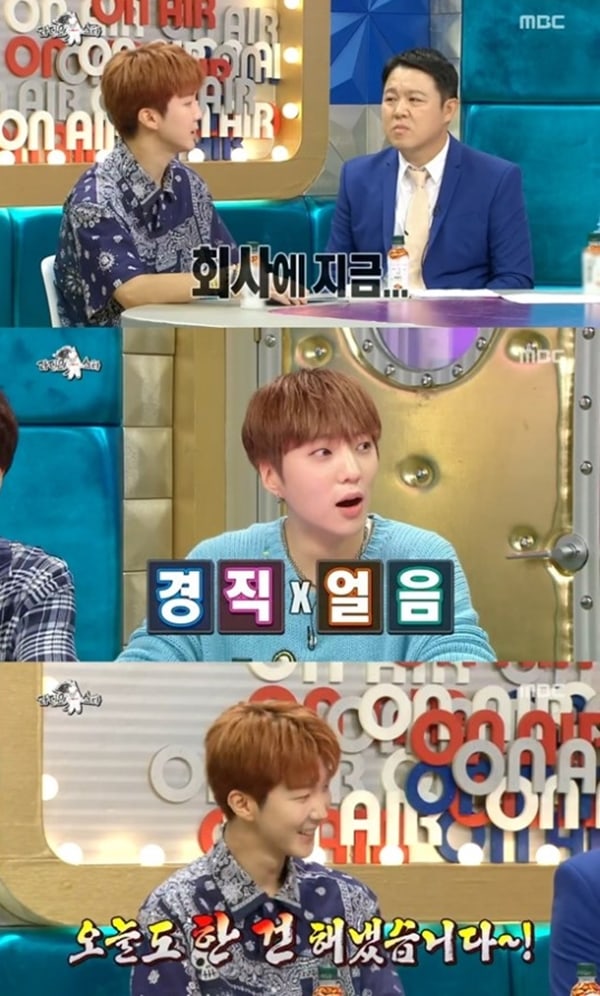 They then took Eun Ji Won by surprise when it was shared that Kang Seung Yoon had previously said, “Eun Ji Won takes care of us by keeping his mouth closed.”

While both Eun Ji Won and the cast took this the wrong way at first, Kang Seung Yoon immediately cleared up the misunderstanding with a story from when they appeared on “Flower Crew” together. He shared, “At first, I was upset that Eun Ji Won wasn’t talking much and asking me questions, but I later realized that he was instead giving me space so that I could get more screen time.”

However, the cast members refused to believe his story, constantly asking, “Really?” while Eun Ji Won said to them, “Why do you keep looking at me from such a negative perspective?”