Get ready for some savage teasing on the next episode of “Running Man”!

On the upcoming episode of the SBS variety show, the cast will be co-writing the lyrics to their very own theme song—but since it’s “Running Man,” they will have to compete for the chance to decide the nicknames and catchphrases that will describe each member.

According to the show’s production staff, the “Running Man” members hilariously jumped at the chance to assign each other the worst nicknames possible, while giving themselves the most flattering titles that they could think of.

Yoo Jae Suk especially made everyone laugh by jokingly calling Lee Kwang Soo “Jo In Sung’s butler,” referring to the two actors’ recent trip to Japan with their friends Kim Woo Bin and EXO’s D.O. He then went on to tease Yang Se Chan by dubbing him “the ex-boyfriend of a model,” a claim that Yang Se Chan vehemently denied.

Things only escalated from there, with the “Running Man” members recklessly battling to expose each other’s secrets. 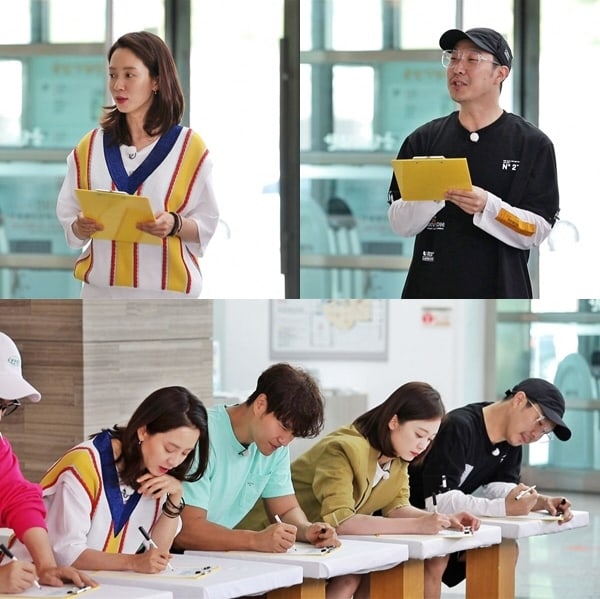