Members Of BTOB, Stray Kids, KARD, B.A.P, And More Have A Blast At GOT7’s Concert

Many stars showed their support for GOT7 at their concert this weekend!

On June 15 and 16, GOT7 kicked off their “Keep Spinning” world tour at the KSPO Dome in Seoul.

After the concert, BTOB’s Peniel shared a photo of himself meeting up with GOT7’s Yugyeom and Mark backstage. He wrote in both English and Korean, “Good job today and congrats! Thanks for the invite, Mark! Mark, who’s the best at Korean in GOT7!”

Stray Kids’ Felix, I.N, and Seungmin also posed for an adorable photo with their labelmates. They later wrote on Instagram, “We went to GOT7’s concert yesterday! It was so, so, so amazing, cool, and moving. Every moment [of the concert] was very meaningful to us as well. It was a concert where we learned and felt a lot. Thank you for helping us make such a good memory!”

15&’s Park Jimin showed her love for GOT7 by sharing a photo with the group on her Instagram Stories. 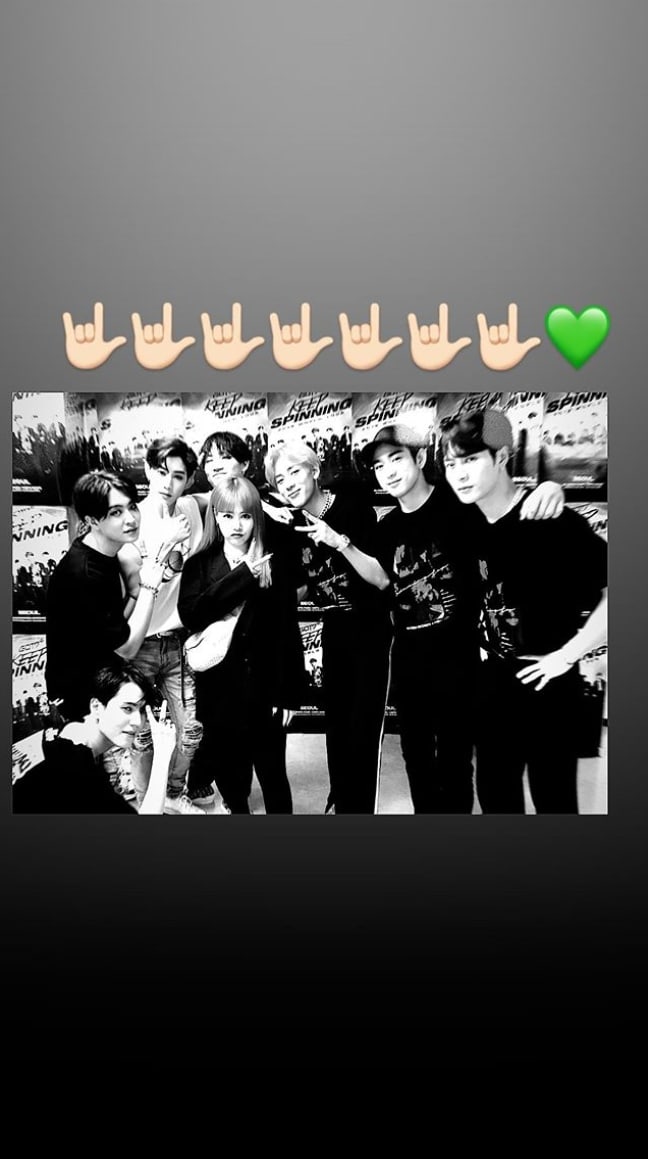 B.A.P’s Jongup also shared a photo of his view of GOT7 on stage from his seat at the concert. 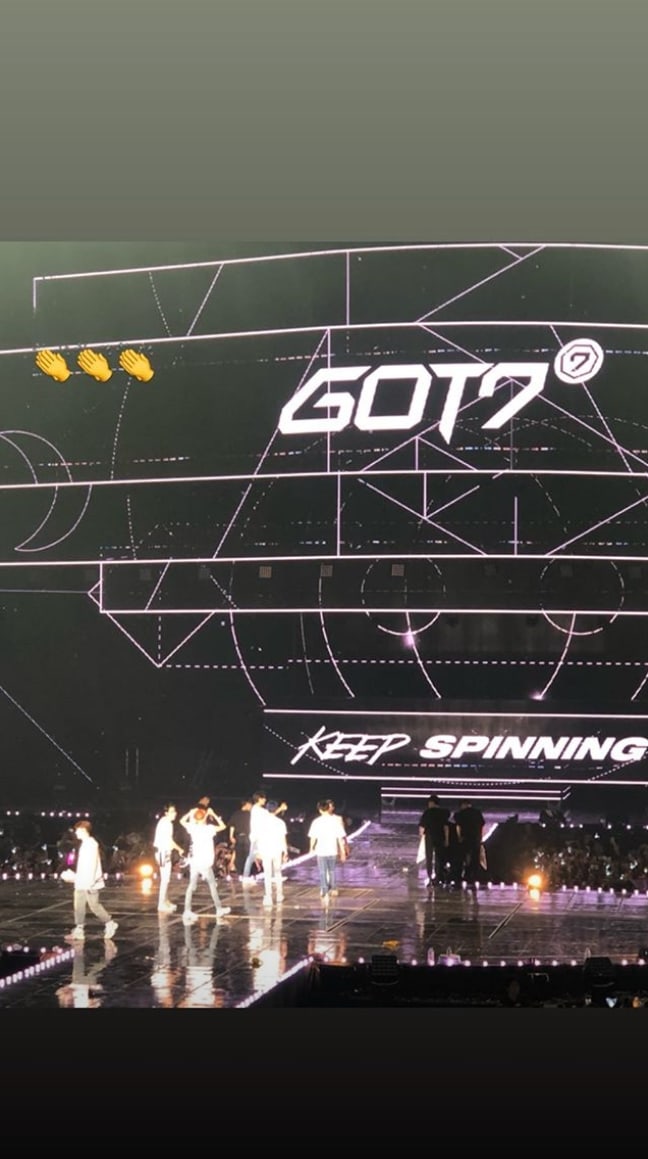 Along with a photo that she took with the group backstage, Baek A Yeon posted the caption, “You guys are awesome! I’m proud!” 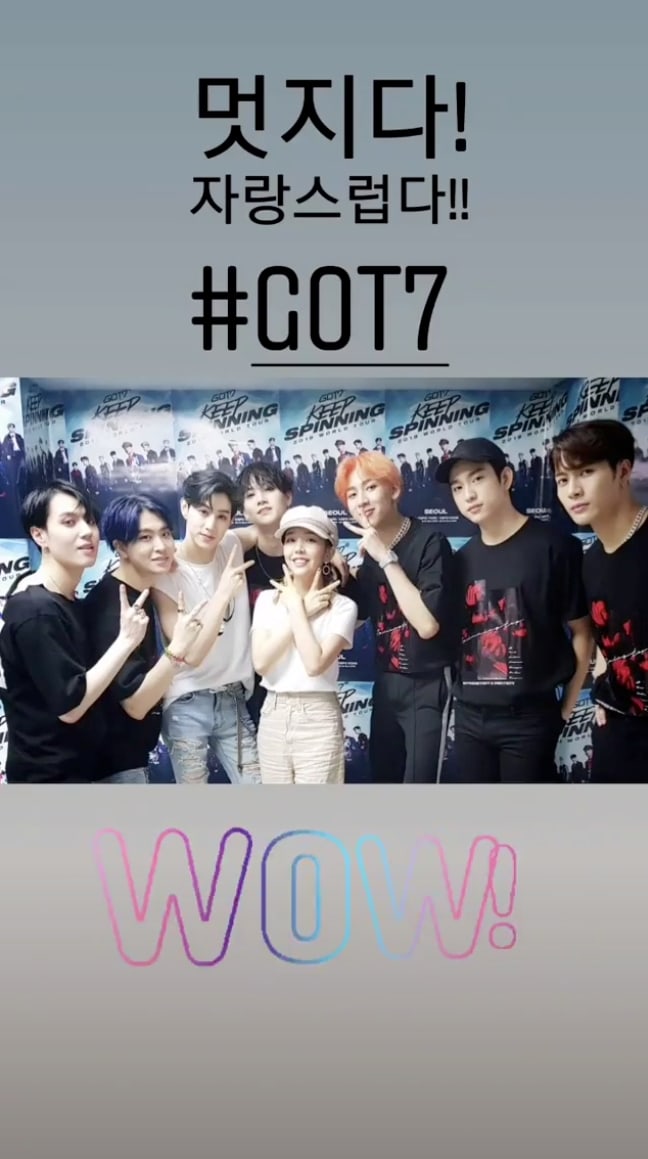 KARD’s Jiwoo also shared snaps from the concert on her Instagram Stories, along with a photo that she took backstage with GOT7’s Jackson. 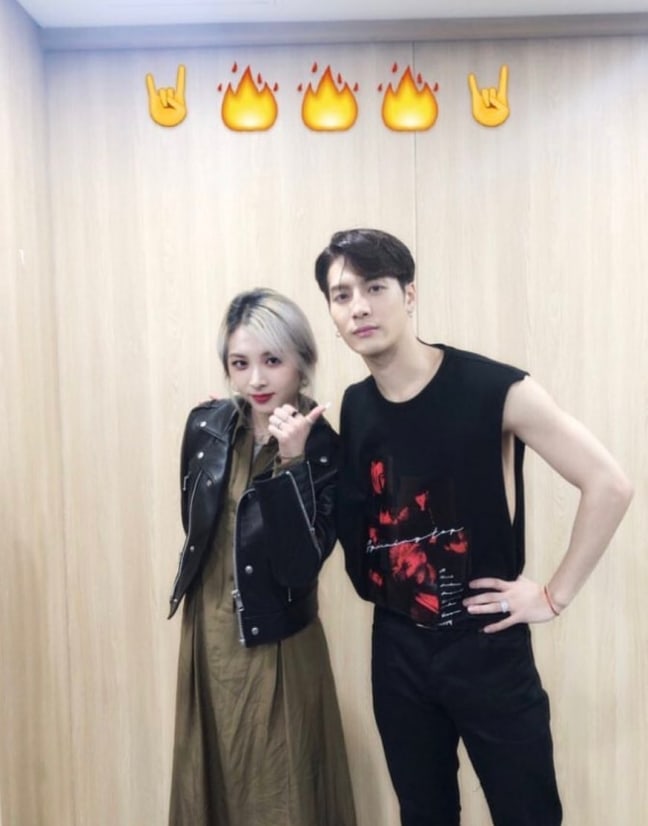 After wrapping up their concerts in Seoul, GOT7 will be traveling to Newark, Toronto, Dallas, Los Angeles, Oakland, Mexico City, Santiago, Sydney, Melbourne, Hong Kong, Amsterdam, London, Berlin, Madrid, Paris, and Manila for their world tour.