Yeo Jin Goo plays the elite hotelier Goo Chan Sung, who, under fateful circumstances, ends up becoming the manager of Hotel del Luna, a hotel for ghosts. The owner of the hotel, the beautiful but ill-tempered Jang Man Wol, is played by IU.

The latest stills revealed on June 19 feature the perfectionist hotelier Goo Chan Sung. He has an MBA from Harvard University, was named “Hotelier of the Year,” and was the youngest assistant manager ever at a multinational hotel chain.

Despite his impressive resumé, Goo Chan Sung finds himself with an invitation to Hotel del Luna, which is said to only reveal itself to wandering ghosts.

A source from the drama said, “[Yeo Jin Goo’s] chemistry with the ill-tempered owner [IU] shines like the moon. Until the grand opening [premiere] of ‘Hotel del Luna,’ a unique horror romance with a gripping story, we ask for your continued support.”

Check out the latest preview photos of IU as Jang Man Wol here. 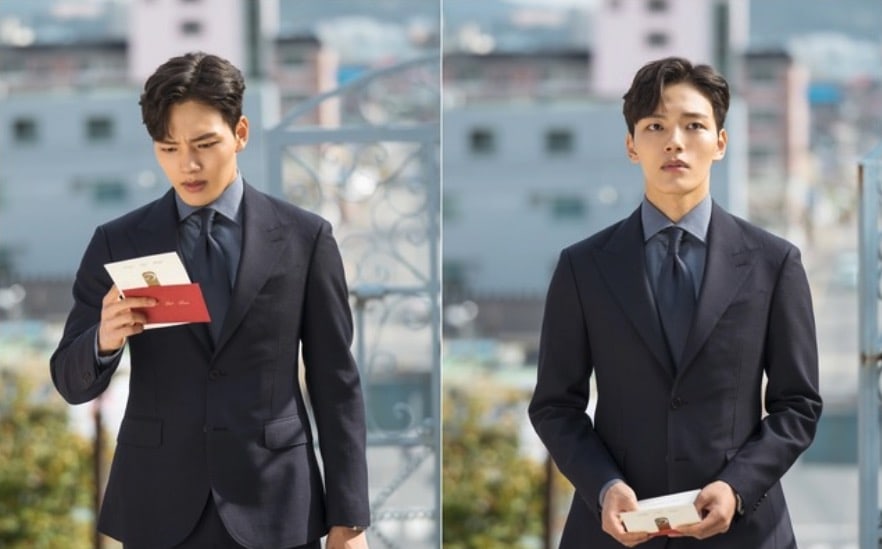