After two rounds of eliminations, we’re left with 30 (+1) trainees on this current season of “Produce X 101.” And while it’s hard for us to say goodbye to some of the eliminated boys, we’re sure it’s even harder on the boys themselves. Having spent so much time together, facing struggles and braving criticisms, the boys have understandingly fostered a strong bond.

Some of these pairings have naturally caught the eye of the producers and viewers, and we can’t help but fawn over these beautiful friendships! So here, in no particular order, are nine bro-lationships that we are rooting for: 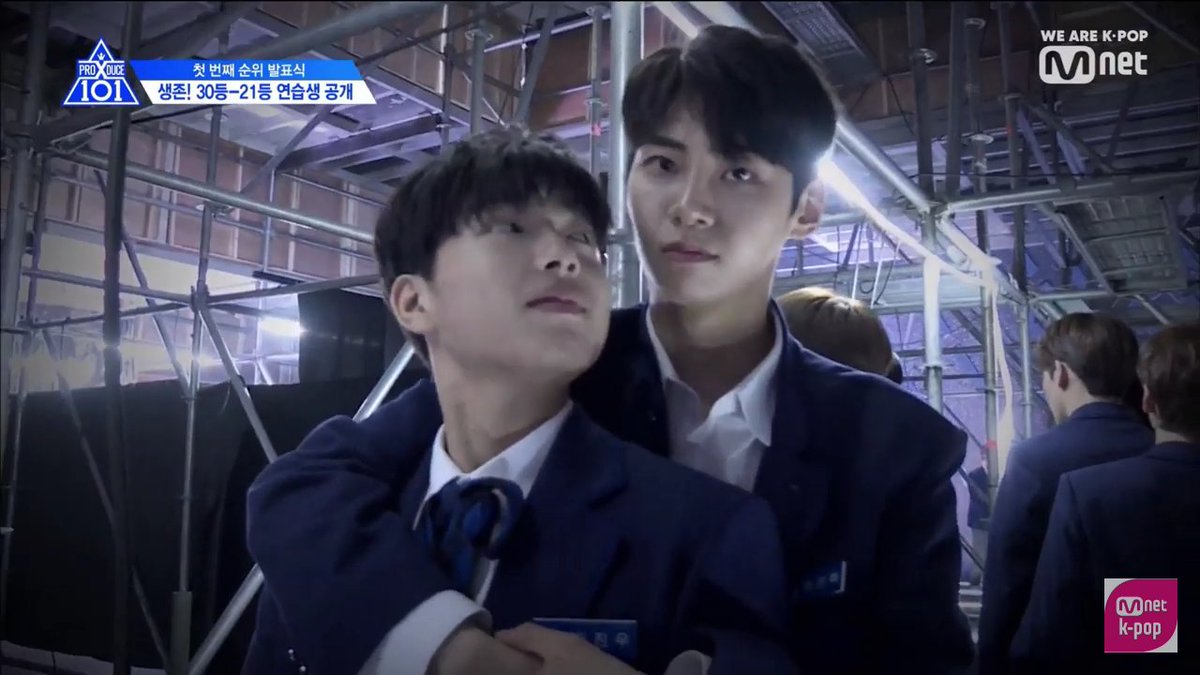 Lee Jin Woo (a.k.a. Haenam-ie) is one of the young boys this season who has charmed everyone with his adorableness. Lee Jin Hyuk is one such “victim,” and the two have established a father-son relationship since very early on.

jinwoo: haenam~
jinhyuk: haenam~
———
jinwoo: dad!
jinhyuk: oh??
jinwoo: you did well in turtle ship~
jinhyuk: ah! because of you guys (ppl in the room) i wasn't able to hear what (haenam said)! 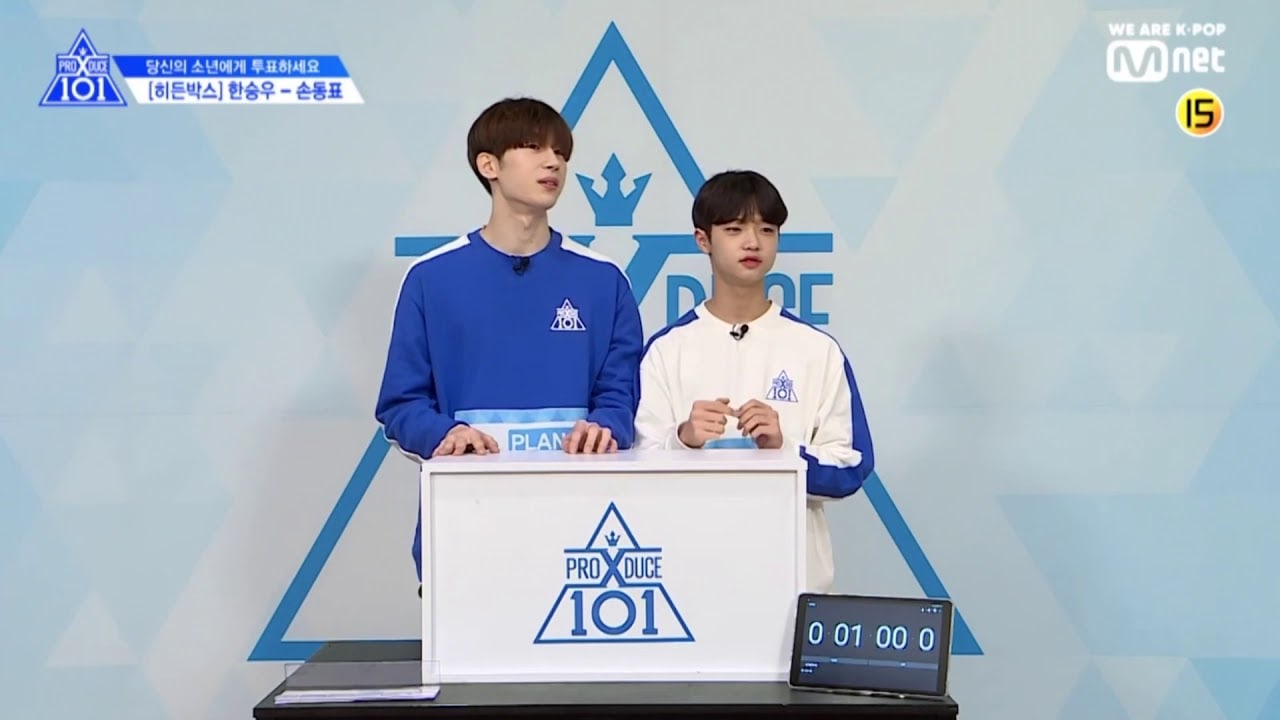 Han Seung Woo and Son Dong Pyo are another adorable father-son pairing that was birthed this season. Seung Woo often says that Dong Pyo is cute and wishes to have a son like him. Even during the latest eliminations, Seung Woo was seen quickly making his way up the pyramid so he could give Dong Pyo a hug. 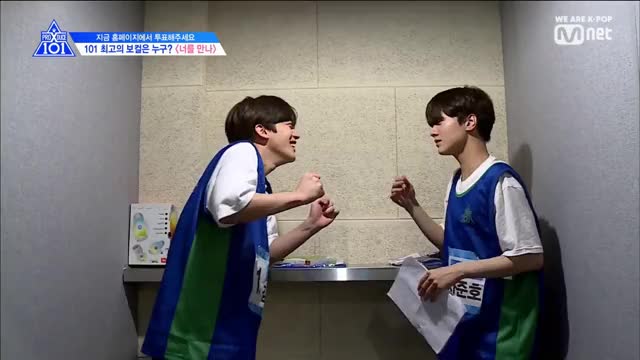 Fans were cued in to the close relationship between these two in Episode 6 when Kim Yo Han supported Cha Jun Ho during a difficult moment. The show then showed us how they have always coincidentally been next to each other since the very beginning, and thus became fast friends throughout the competition. 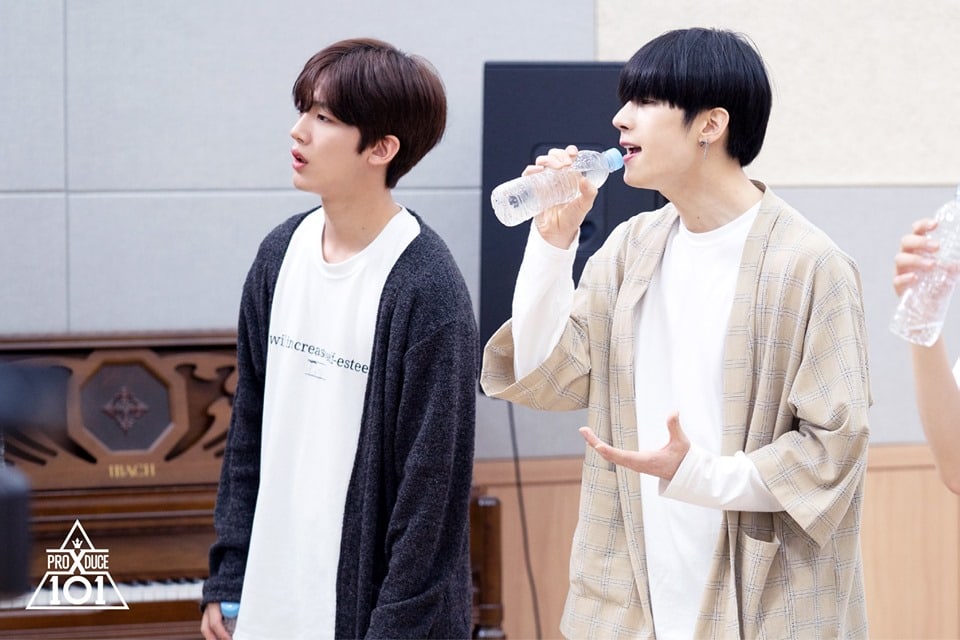 Kim Yo Han and Han Seung Woo both landed in Class A at the beginning of the series and then found themselves to be teammates during the Group X Battle for Team Boss. When the trainees were choosing their songs for the position evaluation, Kim Yo Han was more than ecstatic to find that Han Seung Woo picked the same song, and the two were on the same team again! Fans have even dubbed Yo Han to be Seung Woo’s No. 1 fan when they found out that Yo Han visited Seung Woo’s fan support advertisements. 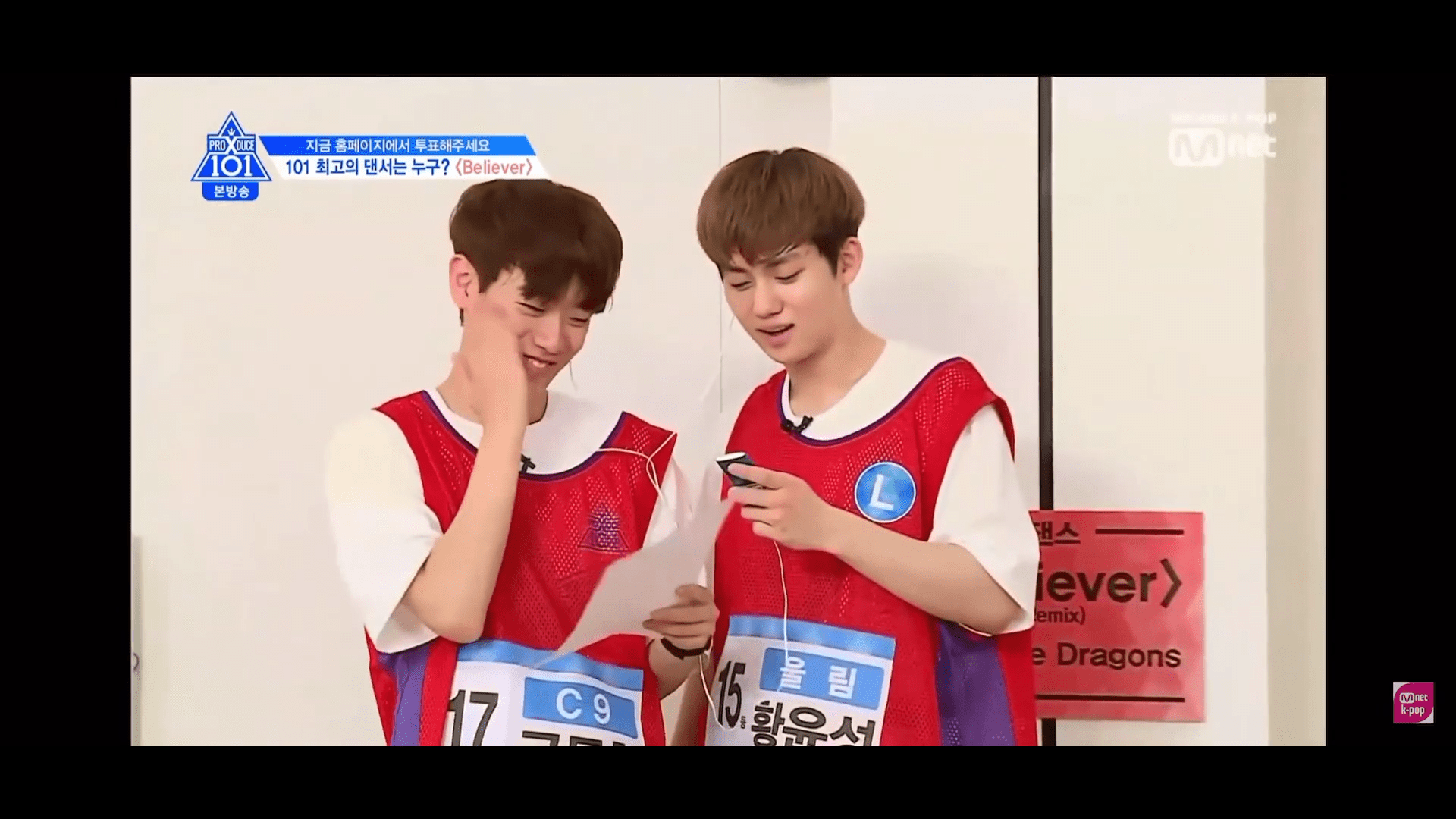 When Team Believer was working on their choreography in Episode 7, we saw each member working separately as it was easier that way. Then the camera zoomed in on Geum Dong Hyun and Hwang Yun Seong, and the two were working so well together they were even sharing one set of headphones.

This is another pair that grew close ever since they started out in Class B together, and they have since then developed an unbeatable “Golden Chemistry.” (Their surnames, when put together, is the Korean term for “gold/golden”). 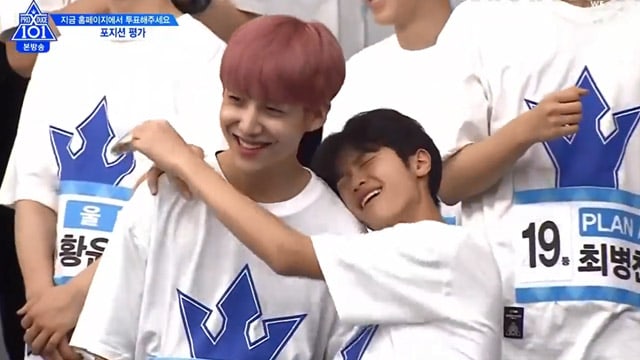 Lee Eun Sang may look like a hyung (older brother) to Son Dong Pyo, but they are both actually ’02-liners! Son Dong Pyo selected Lee Eun Sang to be part of his Avengers team (and subsequently for Team Boss) and the two have been seen sharing many adorable moments together, both on and off-screen. 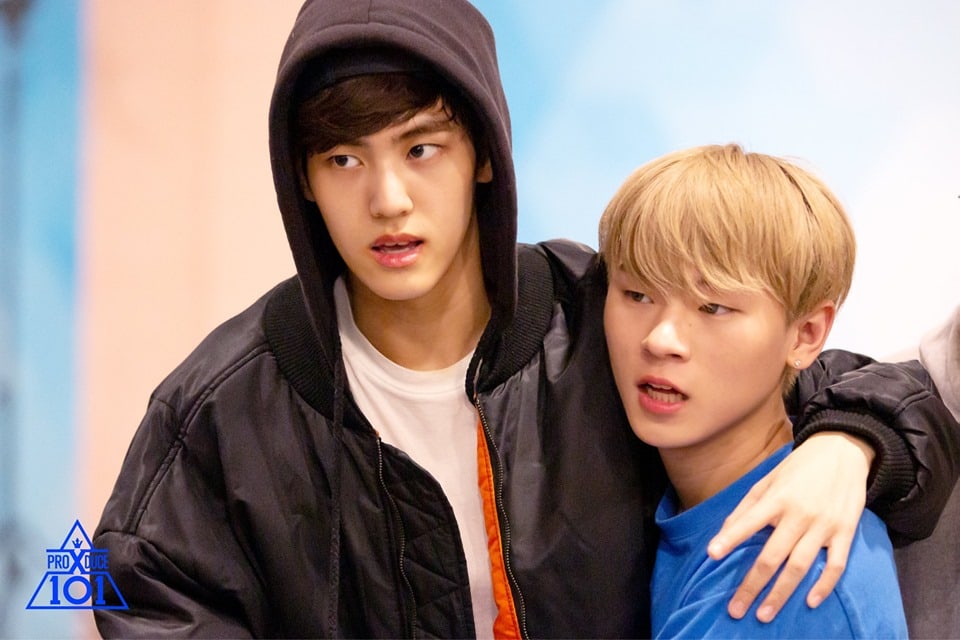 Song Yu Vin and Choi Su Hwan is another pairing that have been together through all the evaluations (and re-evaluations). During the series, whenever one is caught on camera, the other is almost certainly right around the corner. They have gotten so close, they are able to joke around like true friends.

And with the adorable height difference between the two (and even similar facial features), fans can’t help but compare them to SEVENTEEN’s own tall-smol pairing: Mingyu and Woozi. 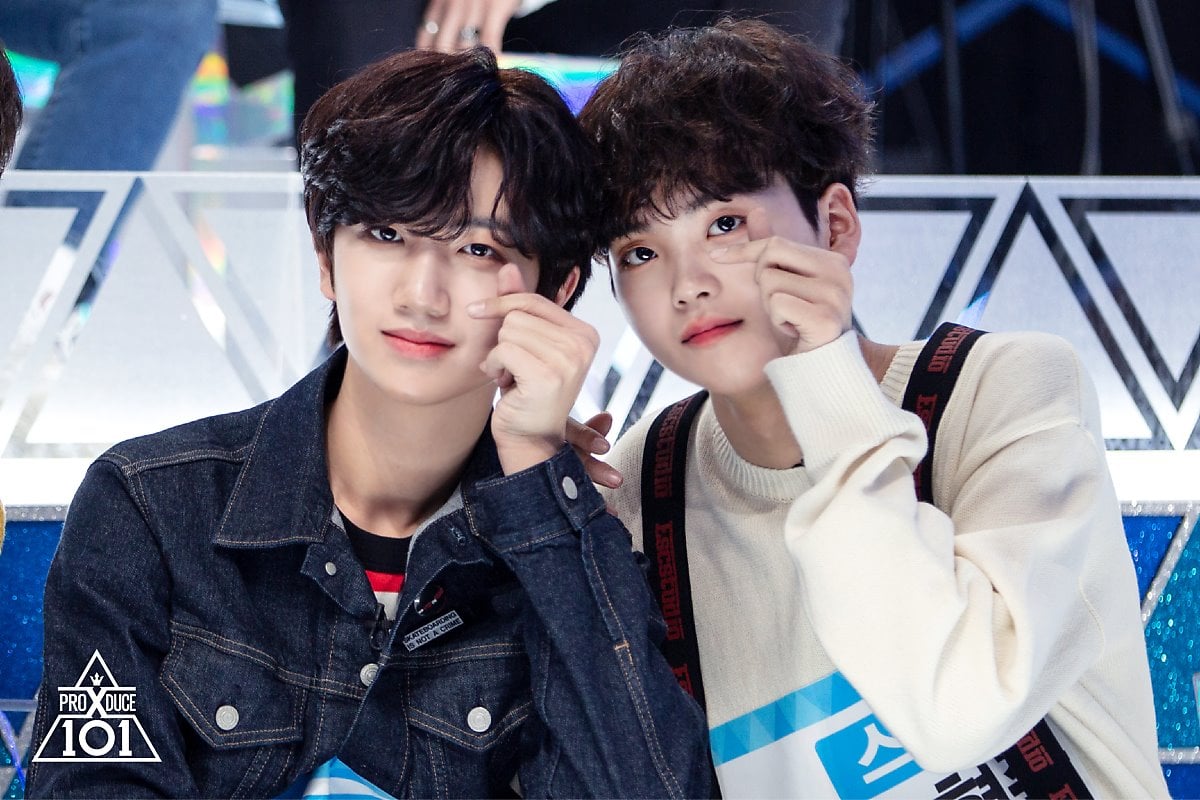 While members from the same agency are naturally close, Ham Won Jin has made his affection for Song Hyeong Jun (and his cheeks) clear from the very first episode.

i will never EVER get over the fact that the earth is over 4 billion years old but i managed to be born in the right era to witness wonjin and hyungjun's love for each other pic.twitter.com/yDtvz6H9J4

The affection clearly goes both ways: When Ham Won Jin realized that his younger label mates hadn’t actually been sent home, he was overcome with emotion. Seeing him in tears, Song Hyeong Jun immediately got up to give Won Jin and his label mates a big hug.

Do y’all remember when wonjin cried because he thought hyungjun and minhee went home when they got grade x. He really has a soft heart ? pic.twitter.com/E9z1q5LkxZ 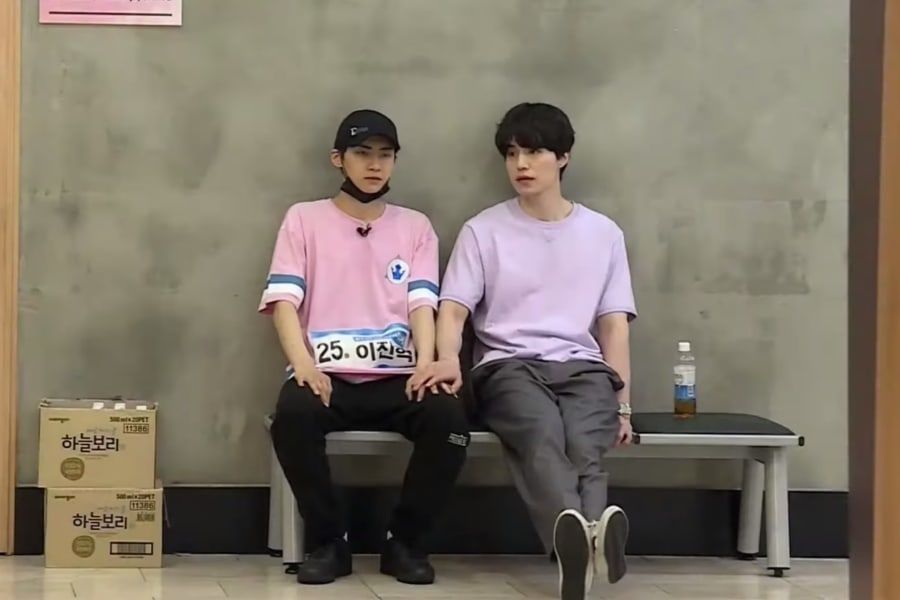 When Lee Jin Hyuk was going through a difficult time during the position evaluations, we saw Lee Dong Wook taking the time to sit and counsel him. Lee Dong Wook’s supportiveness undoubtedly provided Lee Jin Hyuk with the strength to push through and gave us a glimpse at a blooming bromance.

They even shared a fun little moment when Lee Jin Hyuk was contemplating which position to choose:

And because the internet is an EXTRA place, Lee Dong Wook has unwittingly but hilariously become Lee Jin Woo’s grandfather:

Jinwoo's name came from JIN(hyuk) and WOO(seok). They're all LEE exc for WS coz the child don't get the mother's surname pic.twitter.com/C1bH9rReRH 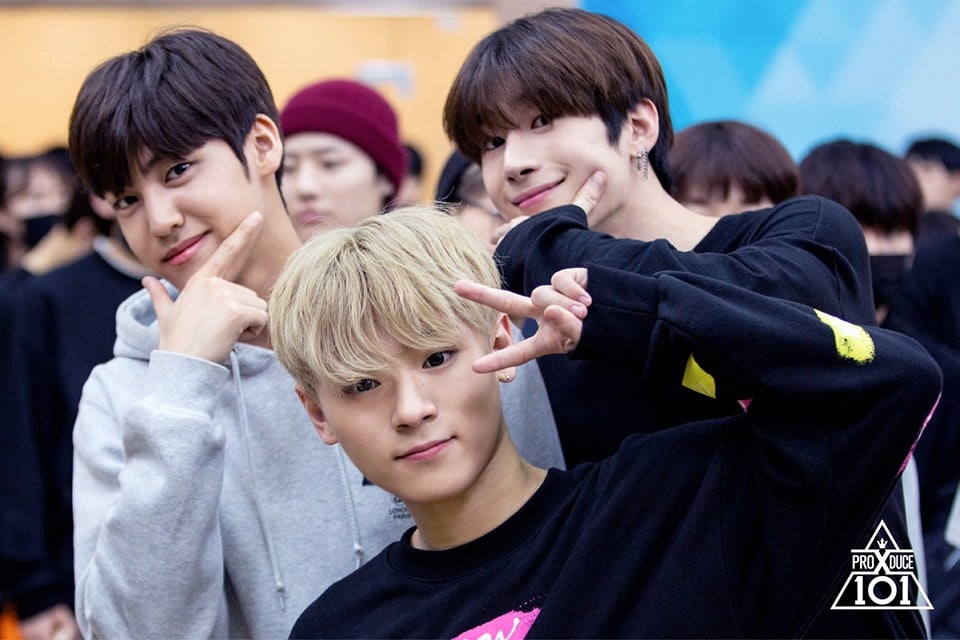 In a hilarious scene, Song Yu Vin approached Han Seung Woo for guidance on how to sing “Day by Day” in a more sultry manner. And while the two took turns with their breathy-sounding vocal runs, poor Choi Su Hwan was caught right in the middle off this bro-triangle!

Which other adorable pairings did we leave out? Hit the comments and let us know! Also check out the Top 30 voted through to the third round. And good luck to all the trainees!

Belinda_C is excited to know the name the group will debut under. She’s also loving how great Lee Dong Wook is doing! Talk “Produce X 101” and SEVENTEEN with her on Twitter!