HaHa expressed love for his family on SBS’s “My Ugly Duckling.”

On the June 23 episode, Kim Jong Kook and Kim Jong Min met up with Haha and Byul for dinner.

In December 2018, the couple announced they were expecting their third child. At the dinner, Byul showed off her beautiful baby bump, and Kim Jong Kook and Kim Jong Min said they’d buy Peking duck for the pregnant singer.

Pointing to her husband, Byul said, “We didn’t really know much about anything and were strangers, and then we got married. My husband is sly because he started out by giving me low expectations. I began to think that he’s alright after starting to live with him.”

“I heard that there’s a way to find out the baby’s gender,” said Kim Jong Min. “I can guess correctly. If your stomach protrudes outwards, it’s a daughter, and if it’s more spread out, it’s a son.” 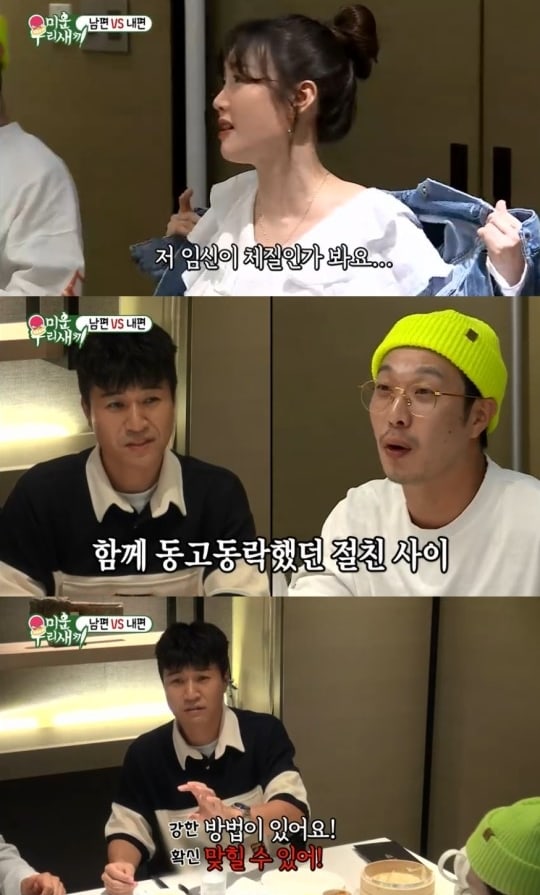 He then said to HaHa, “Do you still go home after drinking even when your wife is pregnant? Shouldn’t you hold back a little?” HaHa replied, “I did that because I was working. I need to be drunk to create music.”

Kim Jong Kook continued, “Don’t you not remember things when you get drunk? I’m not telling you to quit drinking. What are you going to do about your health?” HaHa responded, “You exercise that much and still catch colds often. Dirty your body a little.”

Bringing up celebrity husbands who are well-known for being good to their wives, HaHa added, “No one’s life is like Choi Soo Jong‘s, [Jinusean’s] Sean’s, and Cha In Pyo‘s. They’re not human but gods. No one should live like that.” When HaHa said that he would choose his wife over his kids, Kim Jong Kook joked, “You’re just like Choi Soo Jong.”

HaHa then talked about how he could risk his life without a moment of doubt for his kids. “My family is so precious,” said the TV personality. “These days, I cry when I think about my kids. I’ve cried while looking at and holding onto my kids’ shoes.” 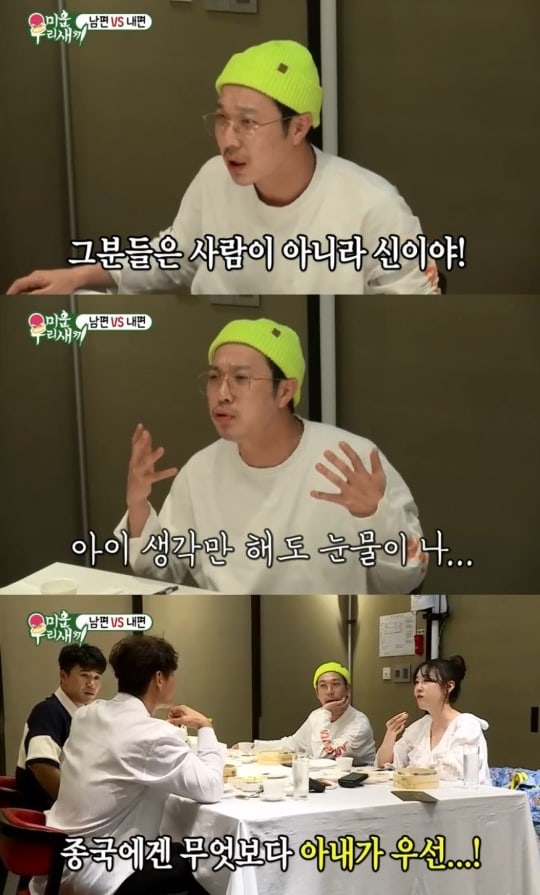 At the studio, special MC Baek Ji Young said, “Byul may talk that way, but when I meet up with her, she says her husband is the most handsome and that she likes him the most.”

Watch “My Ugly Duckling” with English subtitles below: