On the June 23 episode of the quiz show, students from Jecheon Jeil High School competed to win a scholarship. At one point during the show, a high school student named Nam Ji Won was interviewed by the MC.

After Nam Ji Won explained how she had arrived at her answer to a certain quiz question, the MC asked her about something she’d written on her whiteboard. Next to her name, the student had written “Sandeul’s wife” in parentheses, and she had also written out her name and Sandeul’s name with a heart in between.

The MC asked, “You must be a big fan of Sandeul. What is it about him that you like so much?” The student answered, “First, he sings really well with a childlike face, and his hand is also so big that there’s still room in it after holding the mic.”

She continued, “This isn’t necessarily one of his charms, but it’s something that shows that Sandeul and I are destiny. We have the same birthday. We can get married, right?” The MC laughed and joked that it must be fate, before asking her to invite him to their wedding. 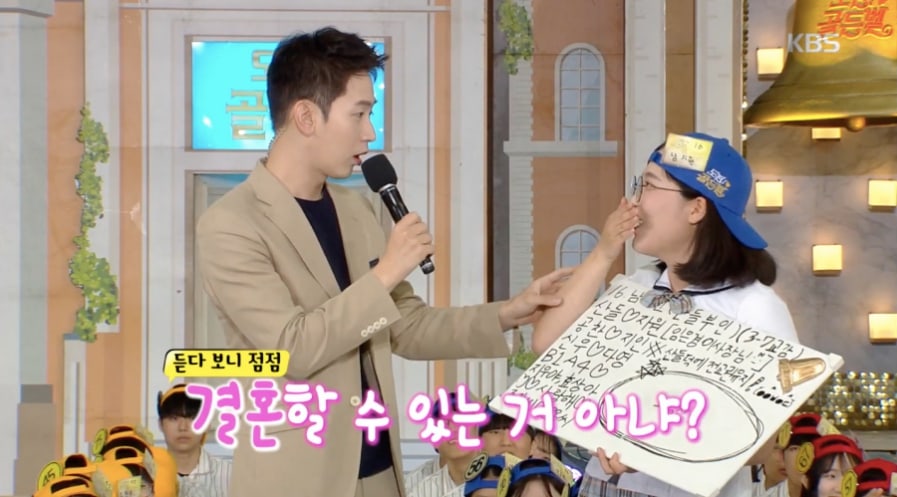 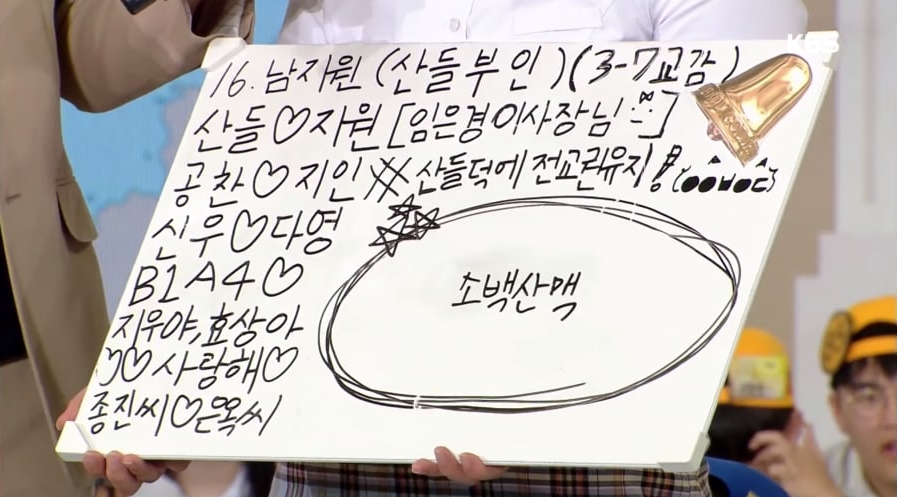 The MC then asked the student to send a video message to Sandeul. She said, “You’re making a comeback with ‘One Fine Day.’ I hope that you get No. 1 and that you’ll marry me in the future. I’ll study hard and successfully go to college.”

The show then surprised her by suddenly playing a video of Sandeul cheering her on. He said in the message, “Hello, this is B1A4’s Sandeul. Jecheon Jeil High School student Nam Ji Won who’s competing on ‘Golden Bell’ today, I heard that you’ve been giving me a lot of love and support by listening to my songs and watching my TV appearances. I hope you’ll ring the ‘Golden Bell’ today [and become the final winner]. I’ll also work hard with my promotions in the future, so I’d be grateful if you continued to support and love me with an unchanging heart.”

After watching the video, the student happily commented, “I think I’m one step closer to marriage. Oh my gosh. What do I do?” When the MC said, “He asked you not to change your mind,” she made everyone laugh by replying, “Of course I won’t, we’re going to get married!”

The student continued, “What do I do if he recognizes me at the concert?” She then revealed that she would be attending his concert two days before an exam, adding, “I’ll study hard until then and use the energy I receive from the concert to ace the exam. I’m doing fine in school right now. Whenever I feel tired during exam time, I listen to [Sandeul’s] songs and recover.”

She then told Sandeul, “Thank you so much for cheering me on. Please remember my name. I’ll cheer hard at your solo concert, so I hope you’ll recognize me. I love you.”

Check out the clip from “Golden Bell” below!

B1A4
Sandeul
Golden Bell
How does this article make you feel?