“I Wanna Hear Your Song” is a mystery romantic comedy about timpanist Hong Yi Young (played by gugudan’s Kim Sejeong) who loses all memory of the day a murder occurred. It follows her journey as she tries to find the truth after meeting a tone-deaf man named Jang Yoon (played by Yeon Woo Jin).

Yeon Woo Jin will portray a man who’s mysterious as well as silly and sweet. In two stills, Yeon Woo Jin looks lost in thought with a blank stare. His cold, dark, and blank expression creates a chilly atmosphere. Another photo then shows the actor holding a timpani mallet in one hand and ice cream in the other with a warm smile. 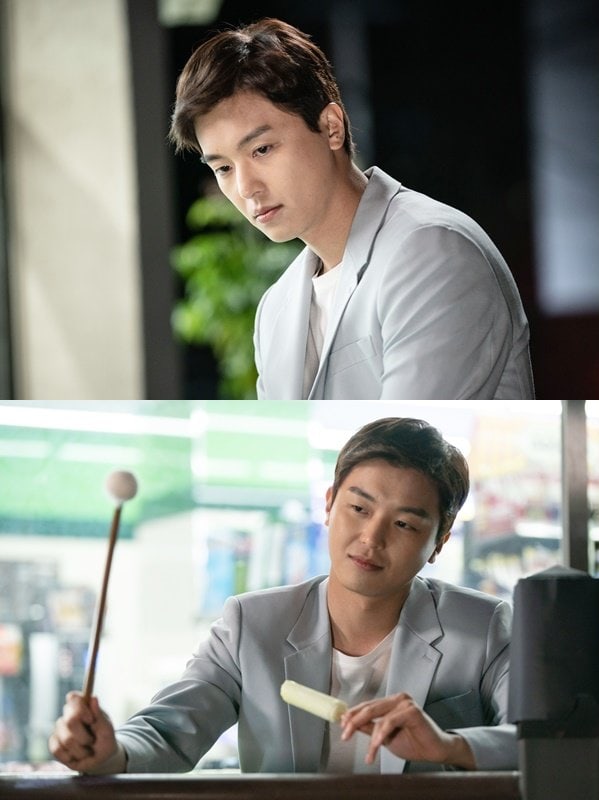 Yeon Woo Jin’s character Jang Yoon is a guest pianist in an orchestra. He entered the orchestra with his outstanding skills and the other orchestra members pay a lot of attention to him. After becoming entangled with timpanist Hong Yi Young, he works as an “evening caller” who does special part-time jobs so she can get a good night’s sleep.

“I Wanna Hear Your Song” premieres on July 29, and it will be available on Viki! In the meantime, check out stills of Kim Sejeong as well as T-ara’s Jiyeon and Song Jae Rim here.