On the June 26 episode of “Radio Star,” Bona of WJSN (Cosmic Girls) appeared as a guest.

The hosts asked Bona what she had meant when she’d said girl groups have a “Radio Star” role model, and Bona explained it’s MOMOLAND’s JooE. She said that when she’d received the offer to appear on the show, the staff at her agency had asked her, “Can you do it like JooE? You should grab on to the opportunity.” She laughed as she said, “I wondered if I need to do something like confess to having had plastic surgery.” 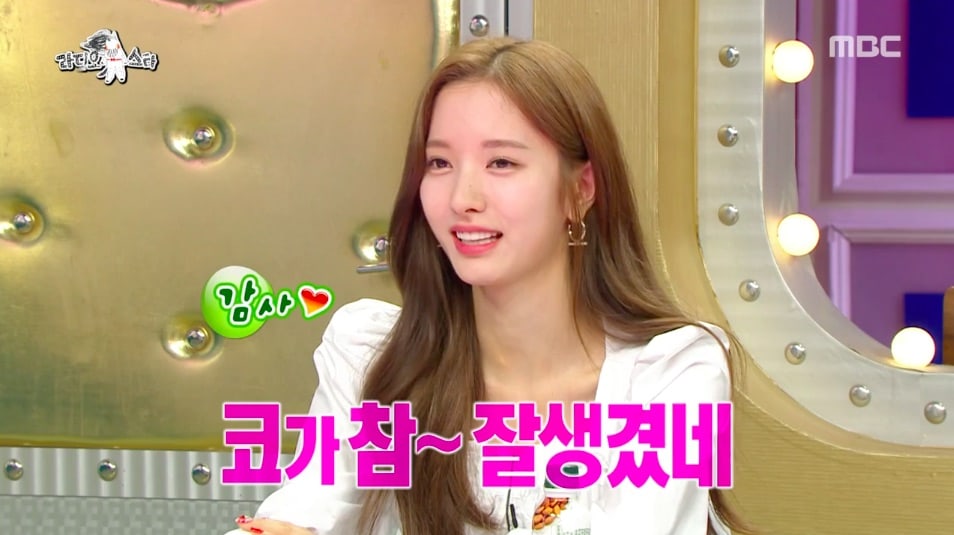 Bona was then asked if it’s true that she found out about WJSN’s group name and her own stage name through a news report.

Bona said, “We were all practicing together when an article came out. It said ‘WJSN.’ It was really shocking.”

When asked what she felt when she first heard the name, Bona said, “One thing we’re envious of is that groups like TWICE and BLACKPINK say their names at the beginning of their songs. But saying ‘WJSN!’ would be too weird! That’s the thing I’m most envious of.”

Bona shared that they also found out about who would be debuting with the group through the news. However, at first they didn’t see the article because in their pre-debut period, they had all their devices with internet taken away.

She said, “I didn’t know that the article had come out and then the staff said to me, ‘Bona, congratulations on your debut!’ I was like, ‘Who’s Bona?’ I thought it was a new member! But it turned out it was my name.” 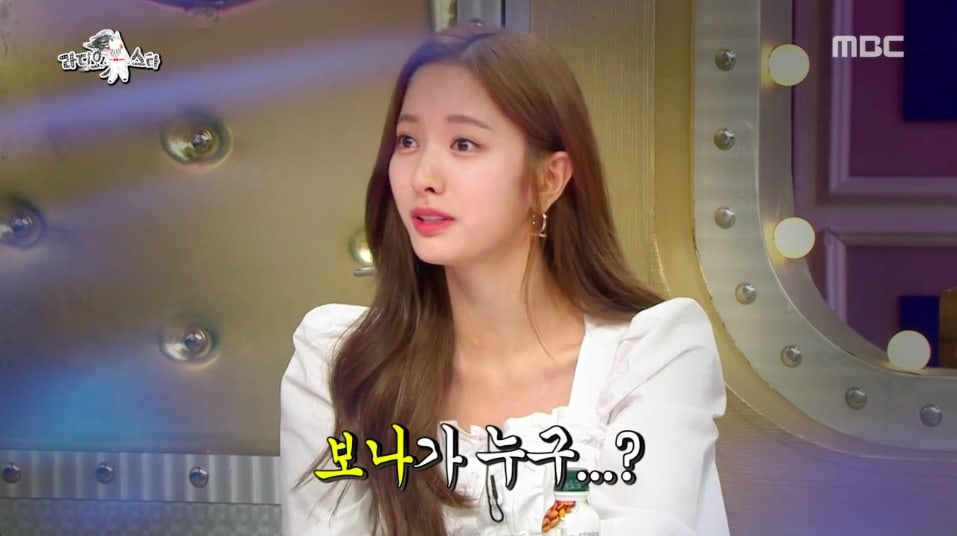 When asked what her stage name means, Bona paused and then laughed and said, “I don’t know.” She also shared that she’d originally said she wanted to use the stage name Yeoreum (which means “summer”), since she was born in the summer, but it ended up being used by her fellow member instead. 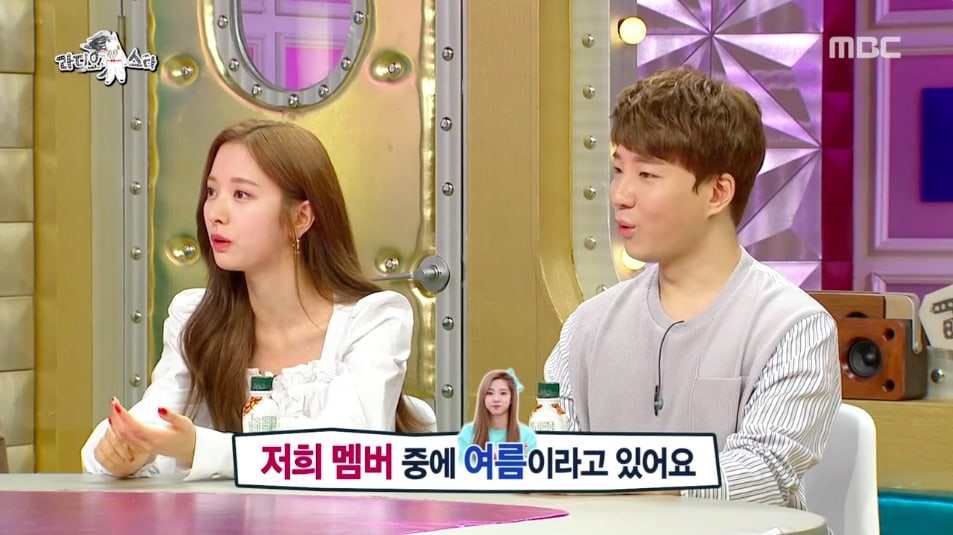 WJSN
Radio Star
Bona
How does this article make you feel?