Watch: GOT7 Talks About World Tour, How Thoughts About Fans Inspired New Music, And More On “Good Day New York”

On June 27, the boy group appeared on the popular morning talk show to chat ahead of their concert at the Prudential Center in Newark that evening. They also showed their moves to “Eclipse” on the show, which is the title track off their May mini album “SPINNING TOP : BETWEEN SECURITY & INSECURITY.”

When asked what their favorite song is on their new album, Jackson named “Eclipse” and pointed out that leader JB had produced it.

Mark also explained the inspiration behind their new music. He said, “After our last tour, we were really thankful for all the fans, and then the concept of this song was ‘We appreciate you guys being next to us but we’re really anxious and just nervous, and we don’t know how long you guys will stay by our side.'”

When asked if they’re more comfortable now than during their last tour, BamBam said, “It’s bigger than last time and we’re going to go to a lot of countries that we’ve never been to before, so it’s a little worrying.” 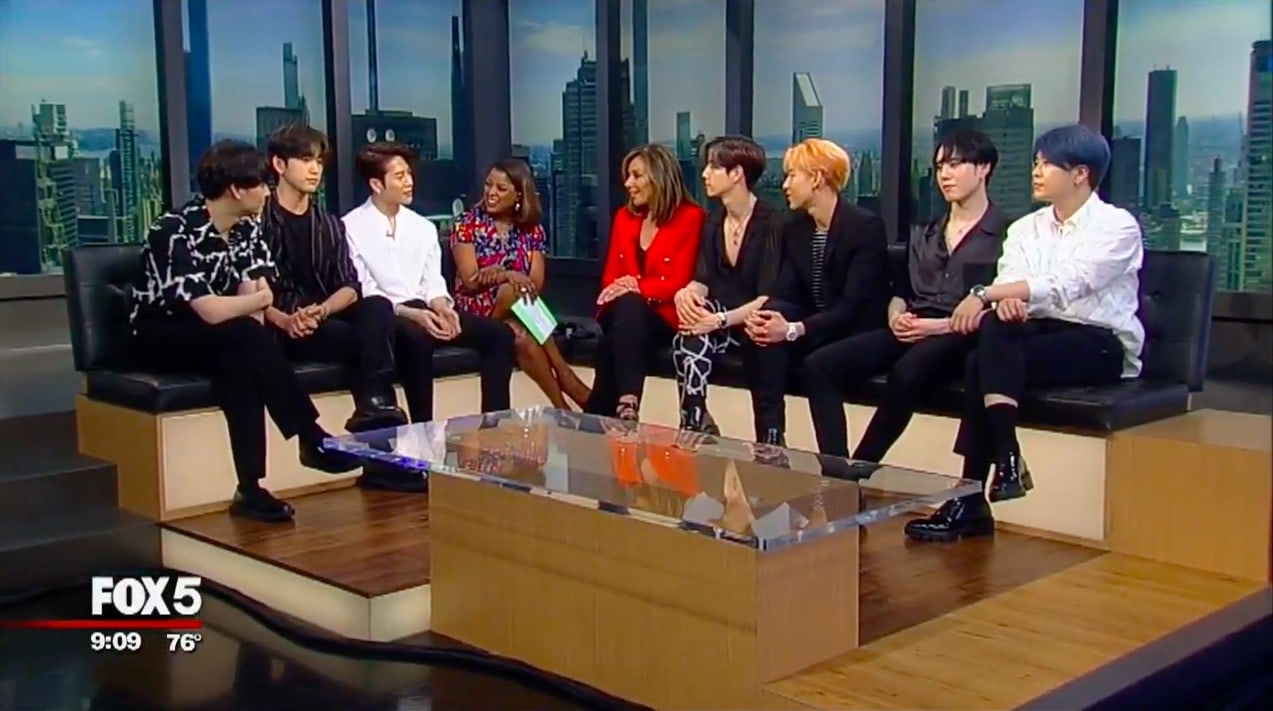 Jackson shared that while their tour is bigger, they still worry as they rise about how long this will last and if their fans will stay with them after 10 or 20 years. “That’s the concept of this album,” he said.

BamBam added with many artists out there now, there is a lot of choice for fans, which makes them feel they need to do better and better.

When asked which member is the best dancer, they immediately chose Yugyeom, and Jackson said confidently that they’re all good at dancing.

On the topic of what music they’re listening to lately, Youngjae named singer Park Hyo Shin and Bruno Mars while Yugyeom said DJ Khaled. They also talked about what they do during their downtime, places they want to go in New York, and more.

GOT7 is currently in North America for their “Keep Spinning” world tour.

GOT7
Good Day New York
How does this article make you feel?