The photo shows Goo Hae Ryung lost in thought after reading the book. Meanwhile, Lee Rim is looking at her with amusement in his eyes, and he decides to approach her while keeping his identity as the book’s author hidden. He wants to know what she thinks of the book, and she gives him a reply with a smile, not realizing that she’s talking to the author himself. 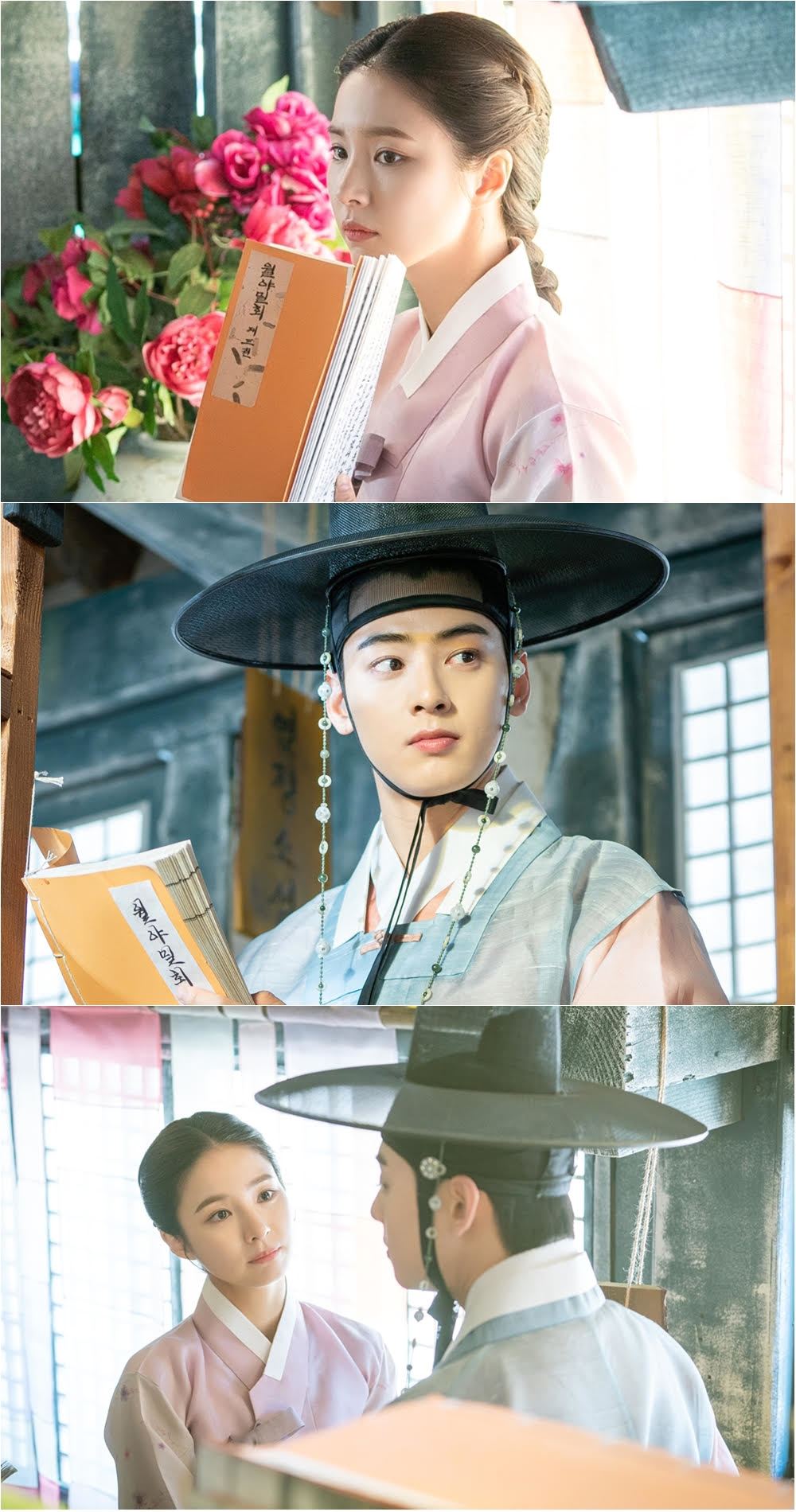 The production staff of “Rookie Historian Goo Hae Ryung” said, “Goo Hae Ryung and Lee Rim will have their first meeting in a bookstore. Whether Lee Rim will be able to steal the heart of Goo Hae Ryung like he has with so many women through his novels, and what kind of reaction Goo Hae Ryung had after reading the book, will be revealed in the drama.”