Kim Soo Hyun is officially back from the military!

On July 1, after successfully completing his mandatory military service and being discharged from the first Reconnaissance Battalion, Kim Soo Hyun greeted a large crowd of approximately 70 reporters and over 300 fans in front of the Imjingak Peace Bell in Paju.

The actor first expressed his gratitude for the warm welcome, remarking, “Thank you for coming all this way to see me.” He also told his fans, “Thank you so much for waiting for me.”

When asked to share how he felt about his discharge, Kim Soo Hyun replied, “From early this morning, when I was preparing for my discharge, up until now, it still hasn’t quite kicked in [that I’m leaving the army]. I feel somewhat liberated.”

Kim Soo Hyun also spoke fondly of his experience in the military. “I was initially worried because I was joining the army at a slightly older age than others,” he shared, “but I think that I absolutely made the right decision in joining the first Reconnaissance Battalion.”

He continued, “While I was in the military, I trained hard just like any other soldier, and I was even awarded the title of ‘Special Class Soldier.'” He added with a smile, “I worked hard and did my very best.” 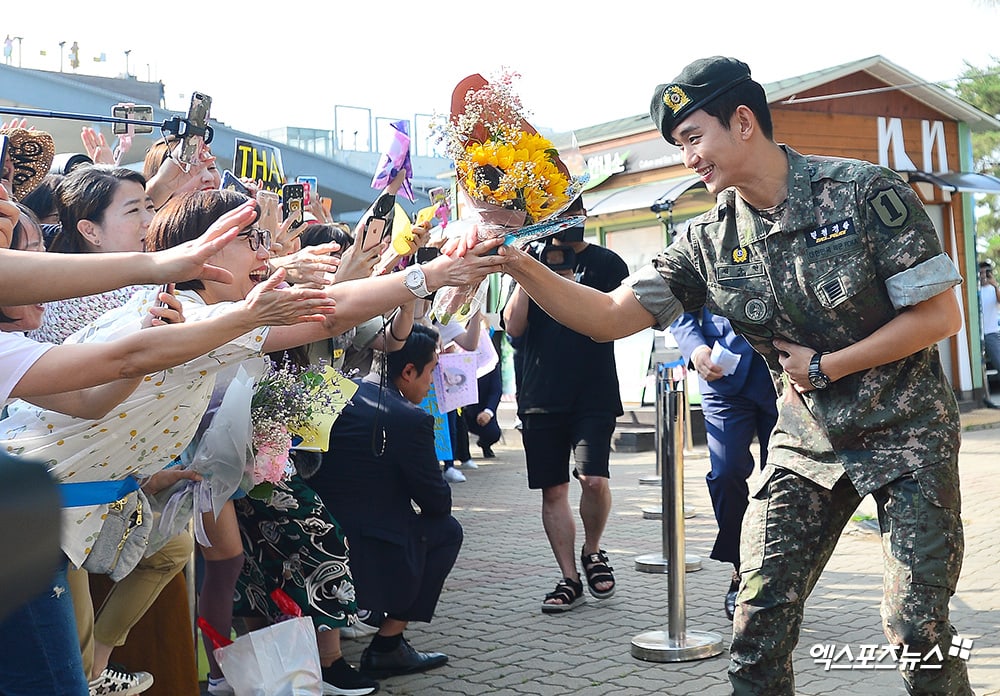 In response to a question about which girl groups had given him the most strength during his time in the military, Kim Soo Hyun revealed, “Actually, I stayed up to date on all of the new songs and watched every single one of them. I think I watched music videos every morning.”

As for his future plans, Kim Soo Hyun remarked, “I thought a lot and worried about many things during my time in the military, but right now, I really want to act. Nothing has been decided yet in terms of projects, but I think I’ll be working hard and greeting you through new projects starting around next year or so.” 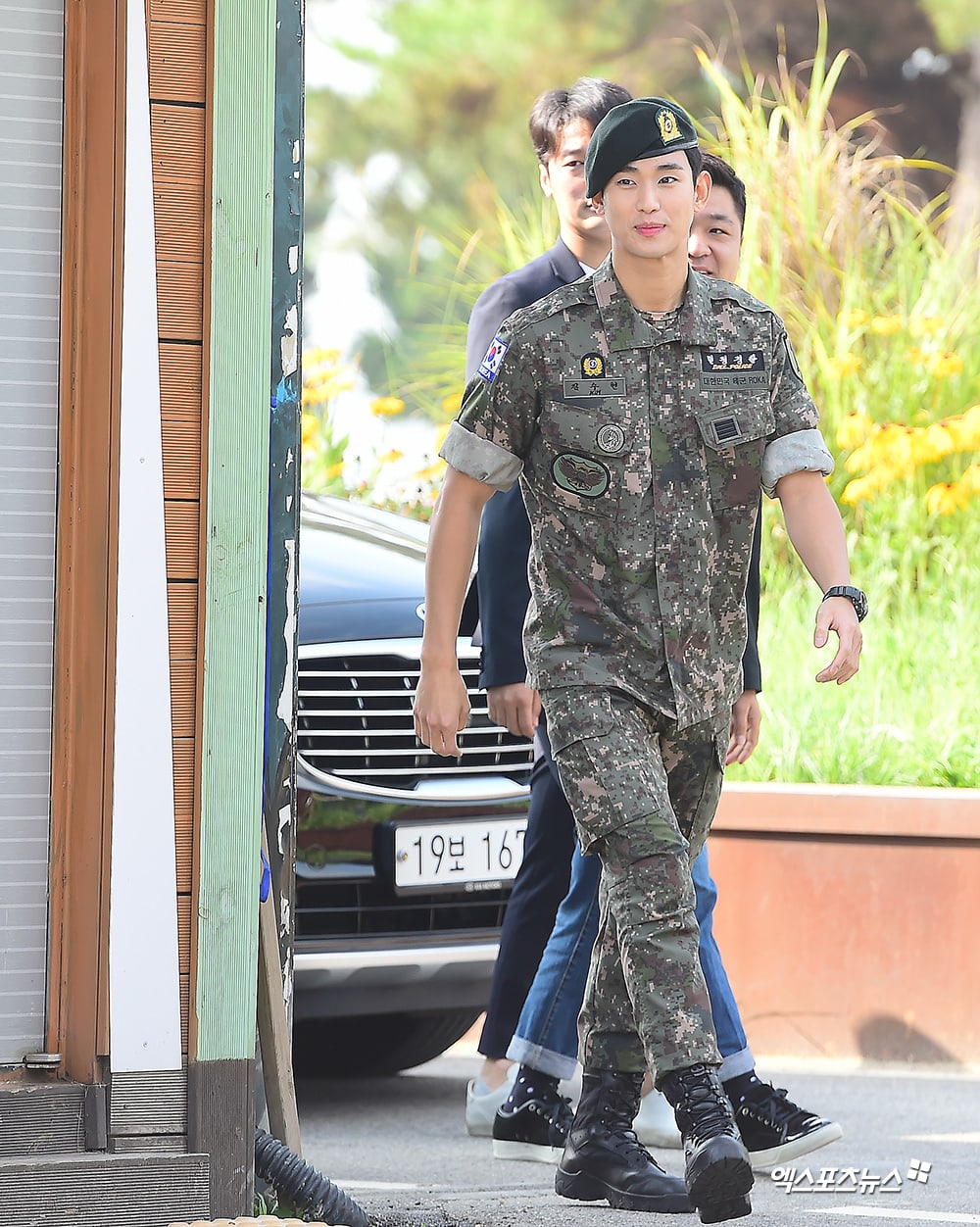 Kim Soo Hyun
XPN
How does this article make you feel?