Berry Good’s Johyun has opened up about her tearful response to the controversy over her outfit for OGN’s “Game Dolympic 2019: Golden Card.”

Last month, Johyun caused a stir by dressing up as the League of Legends character Ahri at the celebrity eSports competition. Some argued that her costume was too provocative, while others pointed out that she was merely cosplaying a game character at a gaming event.

In a new interview released on July 1, Johyun shared her thoughts about the controversy and how she had ended up wearing the outfit. “It was my first time trying cosplay,” she remarked, “and because my fans liked it and cheered me on a lot by saying that I looked cool, I think I had a good time.”

As for the reason that OGN had prepared the costume for her, Johyun explained, “When I first started playing League of Legends, I played the character of Ahri, so I wanted to try [dressing up] as her. That’s why I wrote that on my pre-show questionnaire.” 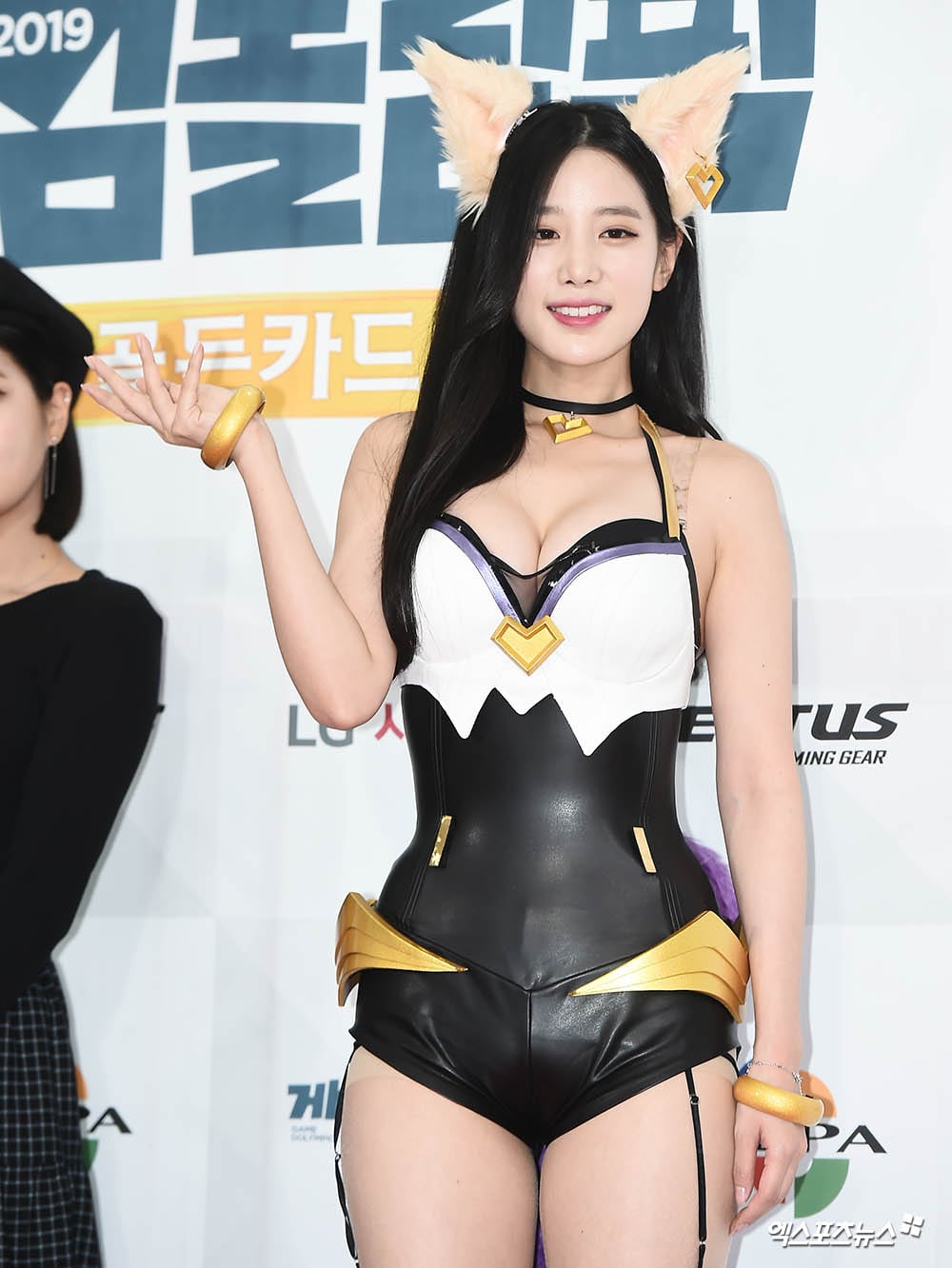 The idol went on to share that on the day of filming, she had cried in her dressing room after seeing negative comments about her outfit online.

“I was curious to see how my photos from the red carpet came out, so I asked my manager for my phone and searched myself,” she recalled. “That’s how I ended up seeing people’s comments. Isn’t it human to be upset when you hear people say bad things? But I went to the bathroom and successfully fixed [my makeup] before filming.”

When asked about the message that she later posted on her Instagram Stories, she replied, “Everyone thinks differently about things, and rather than blame anyone, I just posted that message on social media hoping that people would see [my cosplay] for what it was, as an accurate portrayal of a game character.”

Finally, Johyun wrapped up the interview by saying, “If my fans give me their love and interest, I can do anything. Please keep an eye on my future activities.”