On July 2, Good Data Corporation posted their weekly ratings of the most buzzworthy dramas and actors. The results are from the company’s analysis of currently airing and upcoming dramas for the fourth week of June.

tvN’s “Arthdal Chronicles” maintained its No. 1 ranking for the fifth week in a row. Despite news reports of Song Joong Ki’s divorce announcement and Nichkhun’s introduction to the series as a Neanthal survivor, the drama continued to see a decline in its buzzworthy score. Lead actor Song Joong Ki ranked No. 3 on the list of buzzworthy actors again, and Kim Ji Won came in at No. 7.

MBC’s “One Spring Night” took No. 2 on the list for the fourth consecutive week. Although it took a 12 percent drop in its score compared to last week, Jung Hae In and Han Ji Min have been receiving the support of viewers for their heart-fluttering romance. Han Ji Min was able to secure the No. 1 spot on the the list of buzzworthy actors while Jung Hae In slid in at No. 2.

Following “Voice 3” is tvN’s “Search: WWW,” which also managed to achieve its highest score yet. After reuniting with Jang Ki Young and giving him a kiss in the drama, Im Soo Jung took No. 4 on the list of buzzworthy actors. Lee Da Hee rose seven spots and ranked No. 10. OCN’s “Save Me” entered the buzzworthy dramas list at No. 5. 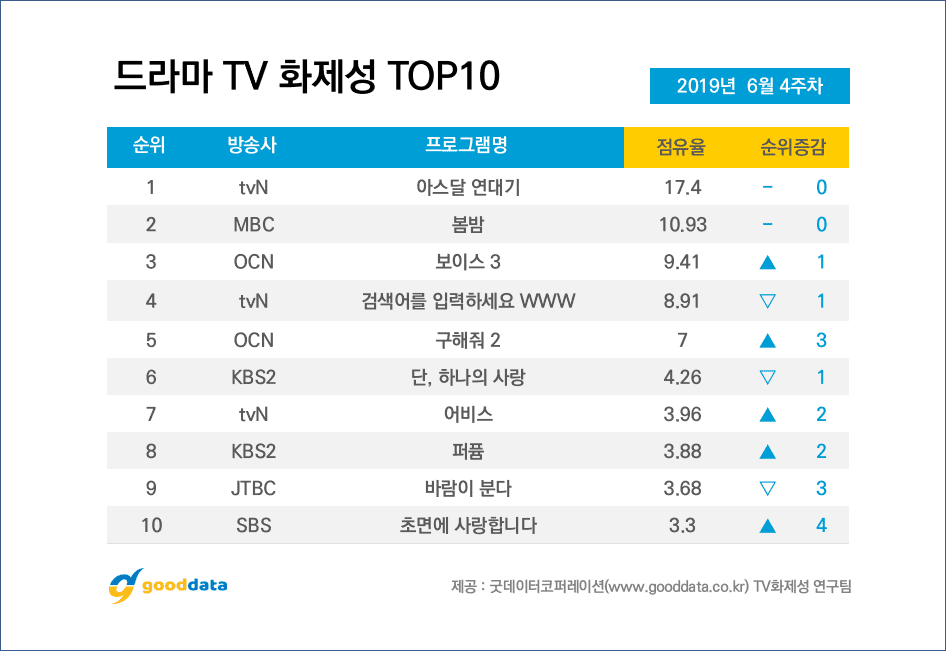 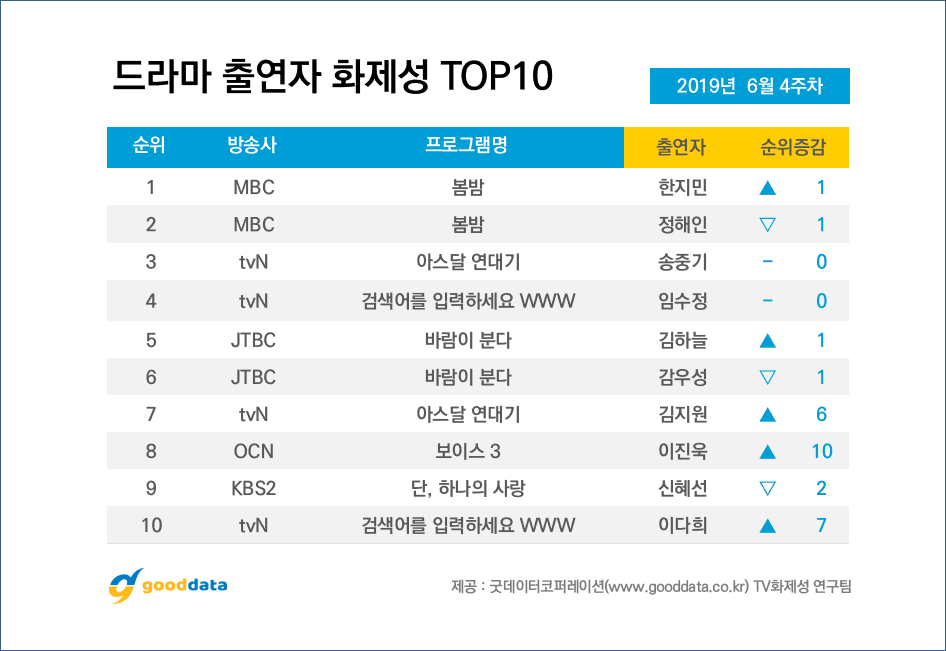