On July 2, Good Data Corporation released the rankings of the non-drama television programs and cast members that generated the most buzz from June 24 through June 30. The results were gathered based on online articles, blog posts, community forums, social media, and views on video clips for non-drama television programs that are currently on air or are scheduled to air.

“Produce X 101” topped the list of most buzzworthy non-drama TV shows for the ninth week in a row, claiming 26.59 percent of the total buzz from non-drama programs. The contestants on “Produce X 101” continued to dominate the rankings of most buzzworthy cast members, with Kim Woo Seok taking the No. 1 spot for the fourth consecutive week. He was followed by contestants Kim Min Kyu, Kim Yo Han, Lee Eun Sang, Lee Jin Hyuk, Koo Jung Mo, and Cho Seung Youn.

“I Live Alone” rose in ranks and came in at No. 3 on the list of most buzzworthy non-drama TV shows due netizens’ interest in a scandal involving Jannabi’s Choi Jung Hoon.

“The Manager” and Lee Seung Yoon both rose dramatically on the lists of most buzzworthy non-drama TV shows and cast members, respectively, after Lee Seung Yoon’s manager Kang Hyun Suk received criticism from viewers for defaulting on his loans. Due to this incident, Lee Seung Yoon left the show and made it to the No. 4 rank of the buzzworthy cast members list. 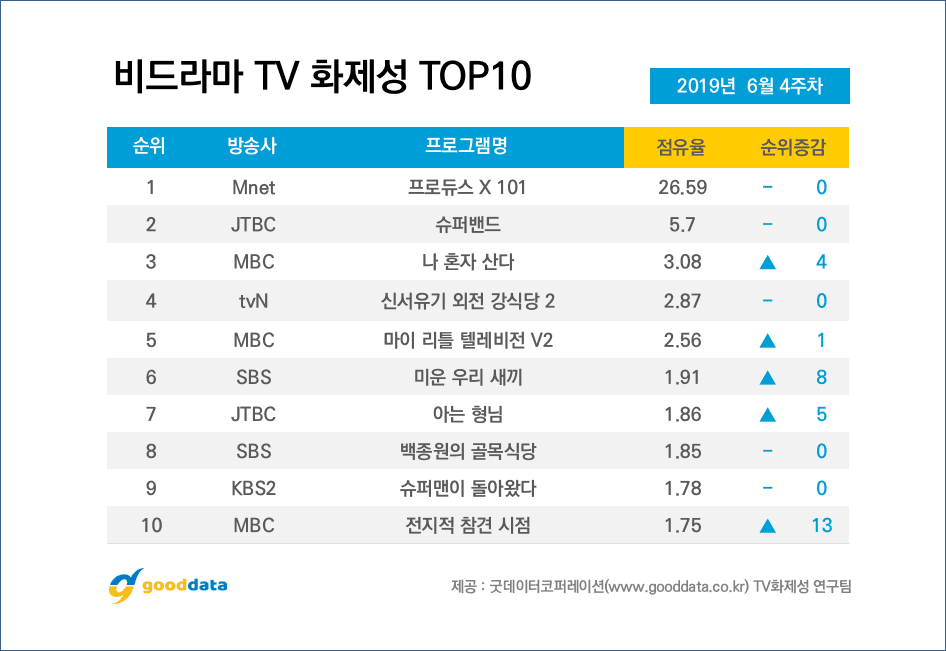 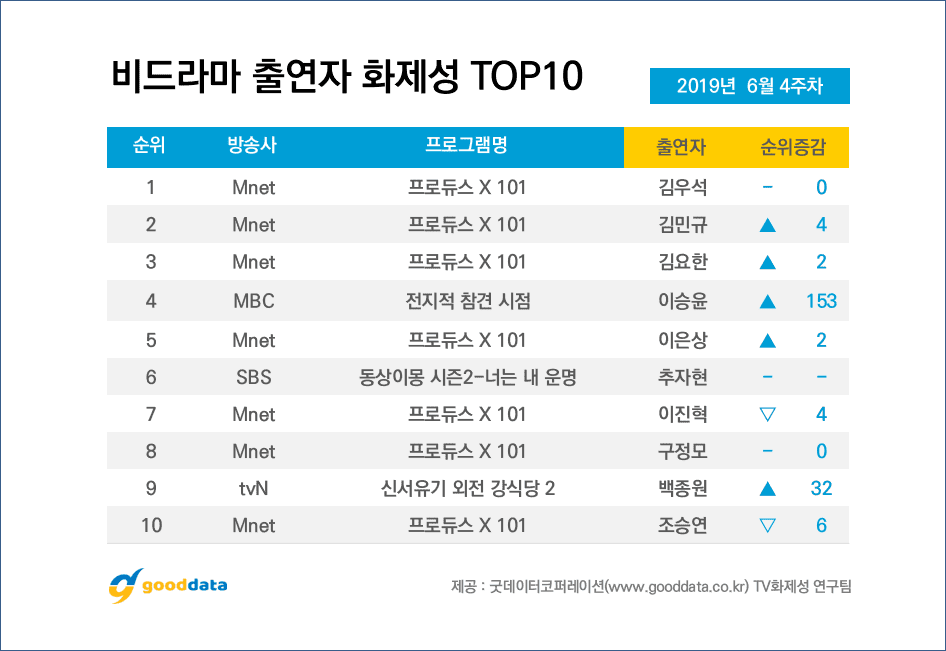 Vote in Round 3 of our “Produce X 101” International Prediction Polls here!