On July 4, “Section TV” reported on the plans of the city of Taebaek for its tourist attraction featuring recreations of sets from the drama “Descendants of the Sun.”

Song Hye Kyo and Song Joong Ki starred in the hit 2016 drama, and the popular on-screen couple began dating in real life before getting married in October 2017. On June 27, it was announced that Song Joong Ki had filed for divorce, and Song Hye Kyo’s agency confirmed they are taking steps towards a divorce.

Due to the success of the drama, it was announced even before its finale (and long before the couple went public with their relationship) that the city of Taebaek in South Korea’s Gangwon province would be recreating many of the show’s locations for a tourist attraction. A statue of the pair kissing was created, and the city also held a Taebaek Couple Festival for two years in a row.

“Section TV” reports that each year, over 100,000 people visited the site, which is the biggest tourist attraction for the city. 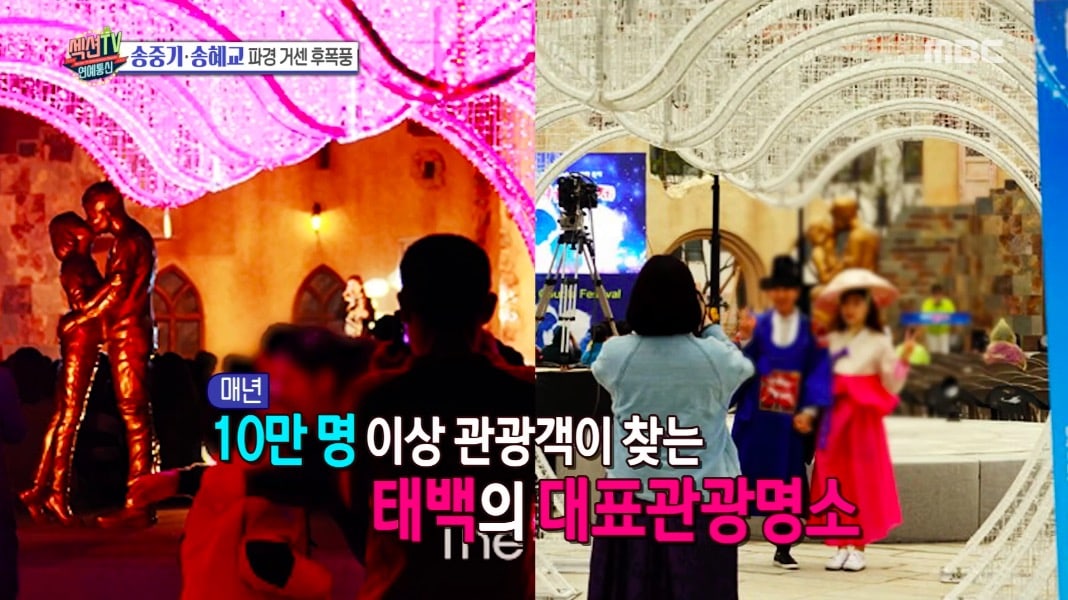 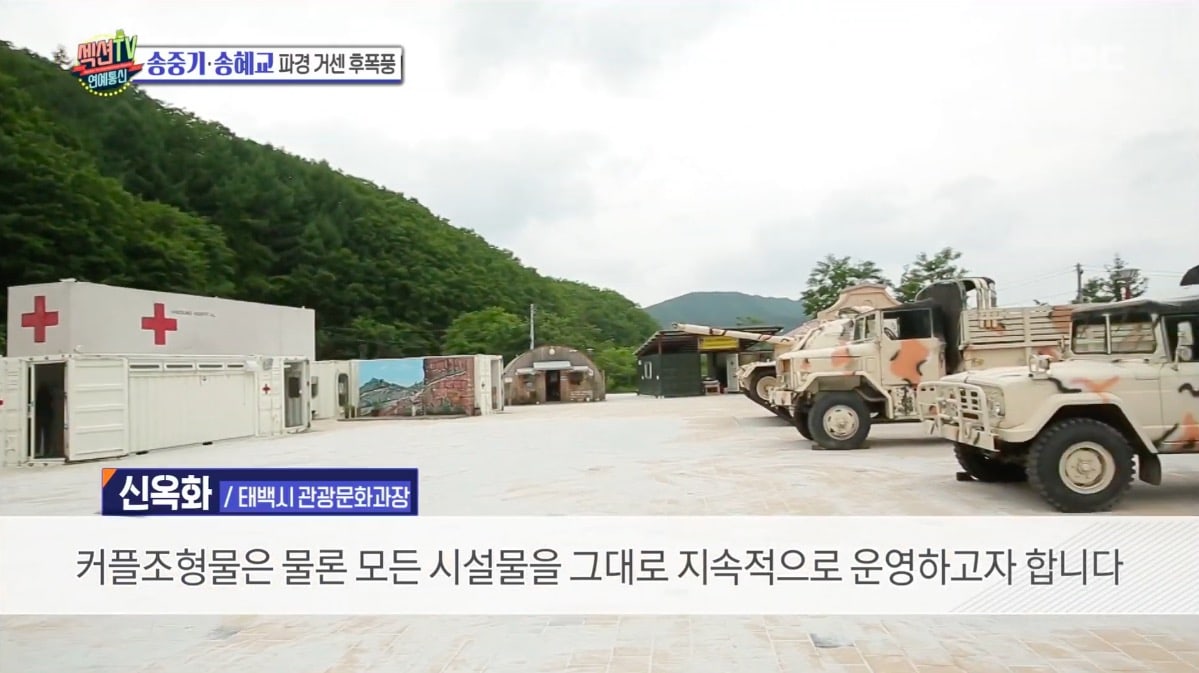 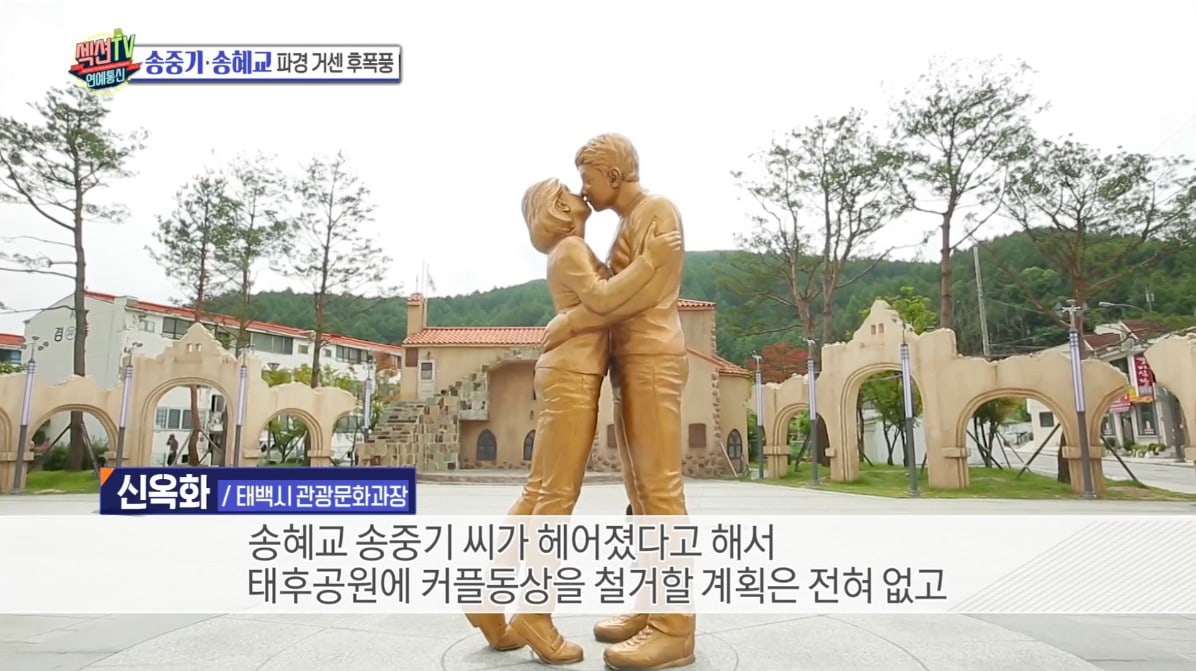 Following the news of the couple’s divorce, the annual couple festival was canceled. When “Section TV” asked a local business person if many people still come to the city to visit, she replied, “Many people visited yesterday and today too. After the news of their breakup, people are worried that it will be taken down, so they come to see the statue before it’s gone.”

The producers spoke to the Head of Tourism and Culture for Taebaek. She emphasized that the city created the “Descendants of the Sun” park and sets specifically for the drama itself, rather than the couple.

“There are absolutely no plans to take down the couple statue in ‘Descendants of the Sun’ park because Song Hye Kyo and Song Joong Ki broke up,” she stated. She also shared their plans to continue to maintain the statue and all facilities as they are now.

“Section TV” also looked into reports that Song Joong Ki’s father had removed photos of Song Hye Kyo from his home in Daejeon. They found that there were banners up on the home about Song Joong Ki’s current drama, but the banners for Song Hye Kyo’s projects that had been on the house until early this year have now been removed.

An interior part of the home that exhibited photos of the couple was closed when the the producers visited. Neighbors said Song Hye Kyo’s photos had been removed the day after the news of their divorce was reported. 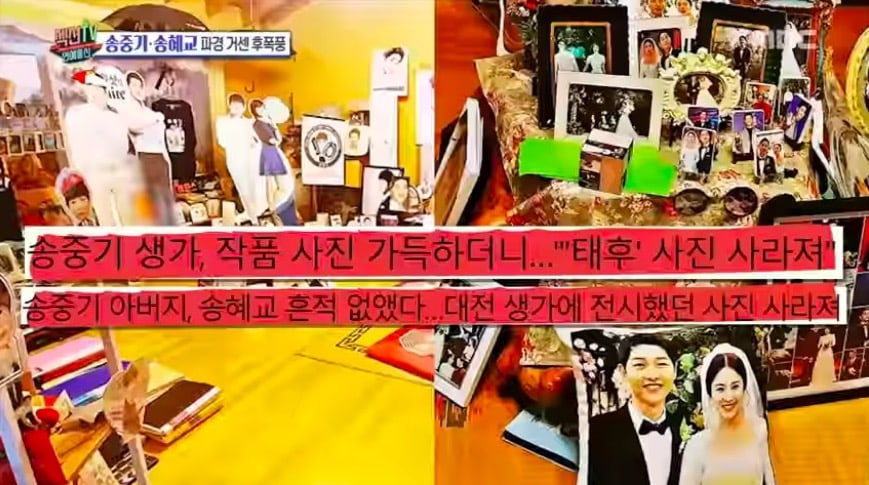 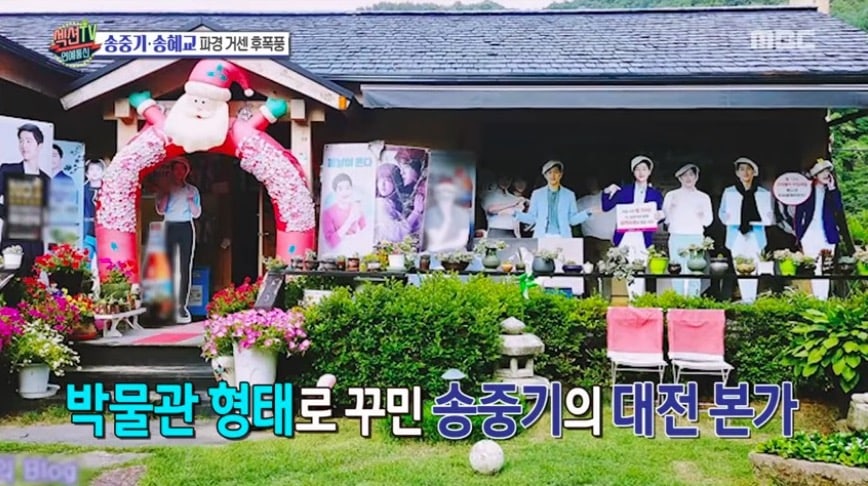 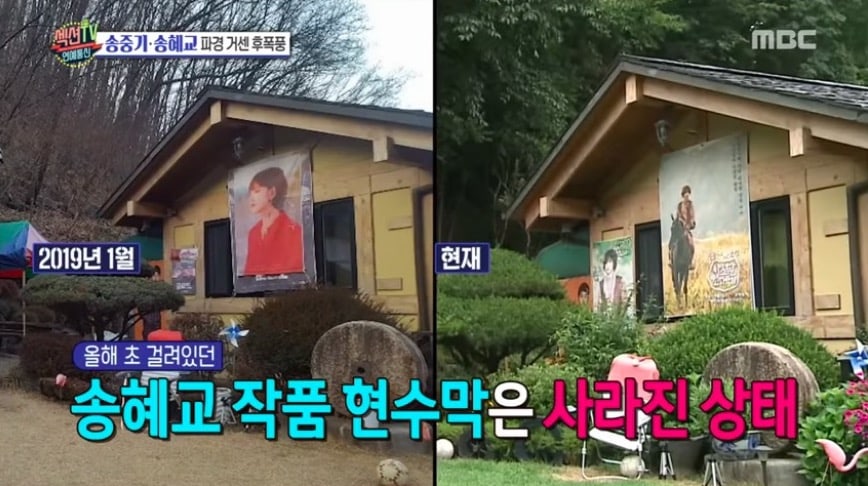 Song Joong Ki
Song Hye Kyo
Descendants of the Sun
Section TV
How does this article make you feel?