2PM’s Nichkhun Transforms Into A Mysterious Neanderthal For “Arthdal Chronicles”

Captivating new stills of 2PM’s Nichkhun for tvN’s weekend drama “Arthdal Chronicles” has made viewers curious about the upcoming role his character will have in the show!

In the recent episode of “Arthdal Chronicles,” it was revealed that the Neanderthals, who were thought to have been massacred, are still alive, and they caused an uproar with their presence in Arthdal. Nichkhun will be playing the role of Rottip, a Neanderthal who survived during Ta Gon’s (Jang Dong Gun‘s) “Great Hunt of the Neanderthals.”

In the stills released by JYP Entertainment, Nichkhun has completely transformed into a Neanderthal. Wearing special effects makeup, Nichkhun gives off a mysterious look with his pale face and blue lips that are distinct characteristics of the Neanderthal species. The pictures show his first appearance in the show, where Nichkhun smeared mushed red flowers onto his lips to hide their original blue color. Unlike his normally gentle image, Nichkhun looks drastically different with the strong makeup and long hair. 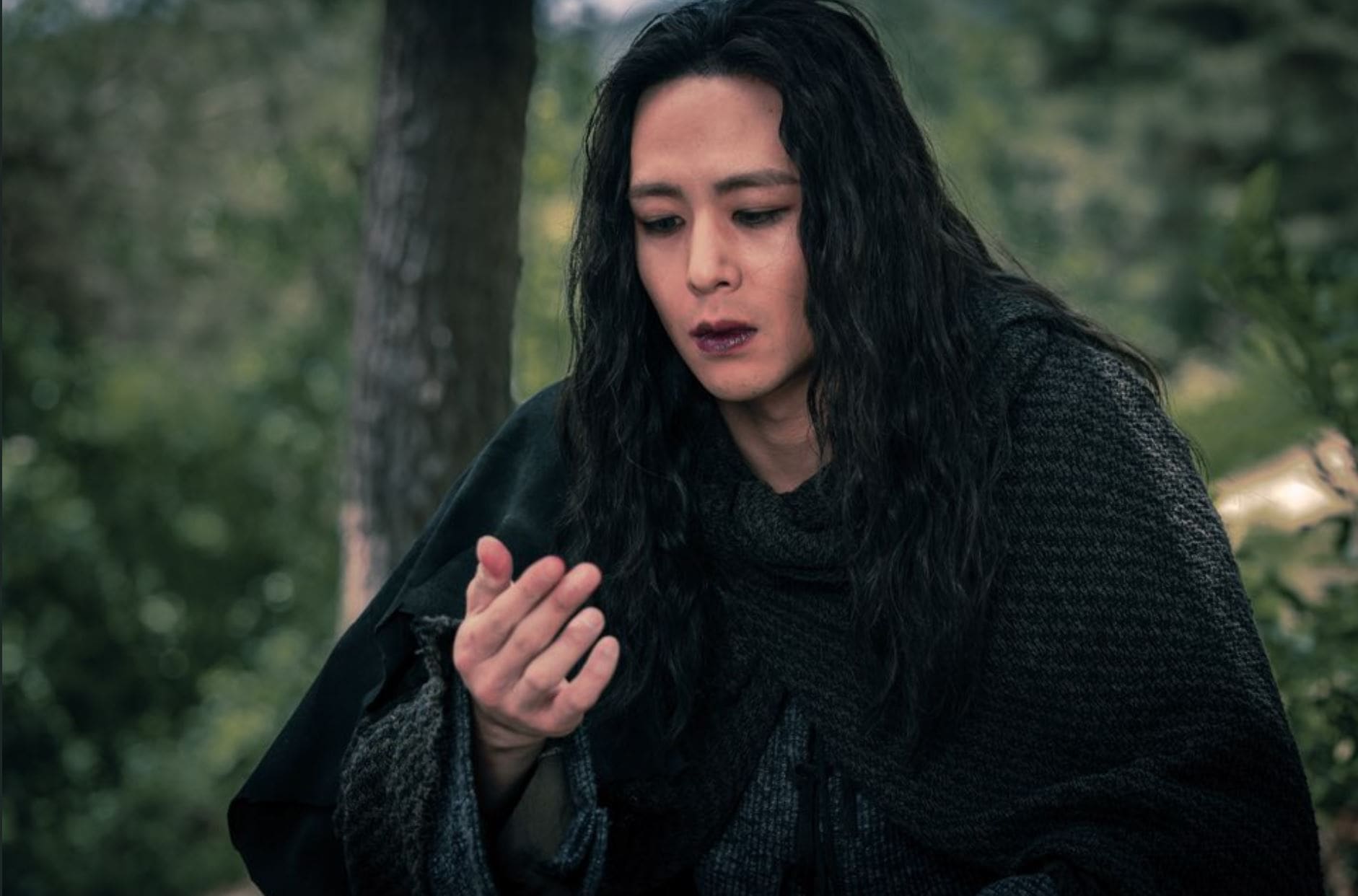 In particular, Nickhun’s character Rottip has a sage-like image unlike the other Neanderthals, and he has even met Asahon (Chu Ja Hyun) and Eun Seom (Song Joong Ki) in the past. Viewers are curious to see what will happen with his arrival and whether he will reunite with Eun Seom and recognize him after he enters Arthdal.

Nickhun has become a well-known actor in Thailand and China, and he will continue to showcase his acting skills through “Arthdal Chronicles.” Recently, he received the Asia’s Best Influencer Award at the “2019 China Fashion Awards.”

The upcoming episode of “Arthdal Chronicles” airs on July 7 at 9 p.m. KST.

2PM
Nichkhun
Arthdal Chronicles
How does this article make you feel?