On July 10, EXO’s Baekhyun held a press showcase for his solo debut with “City Lights.”

The idol said, “I’ve had various activities as part of EXO and EXO-CBX, and when I first started working as a solo artist, I felt pressured. I didn’t have any members to lean against, and I had go on stage by myself, so I felt burdened.” Then he added, “I’m excited now that it’s the day of the [album’s] release. I want to reveal it as soon as possible.”

Baekhyun explained, “There are a total of six songs. My superpower in EXO is light, so we named the album ‘City Lights’ to reflect my identity.” 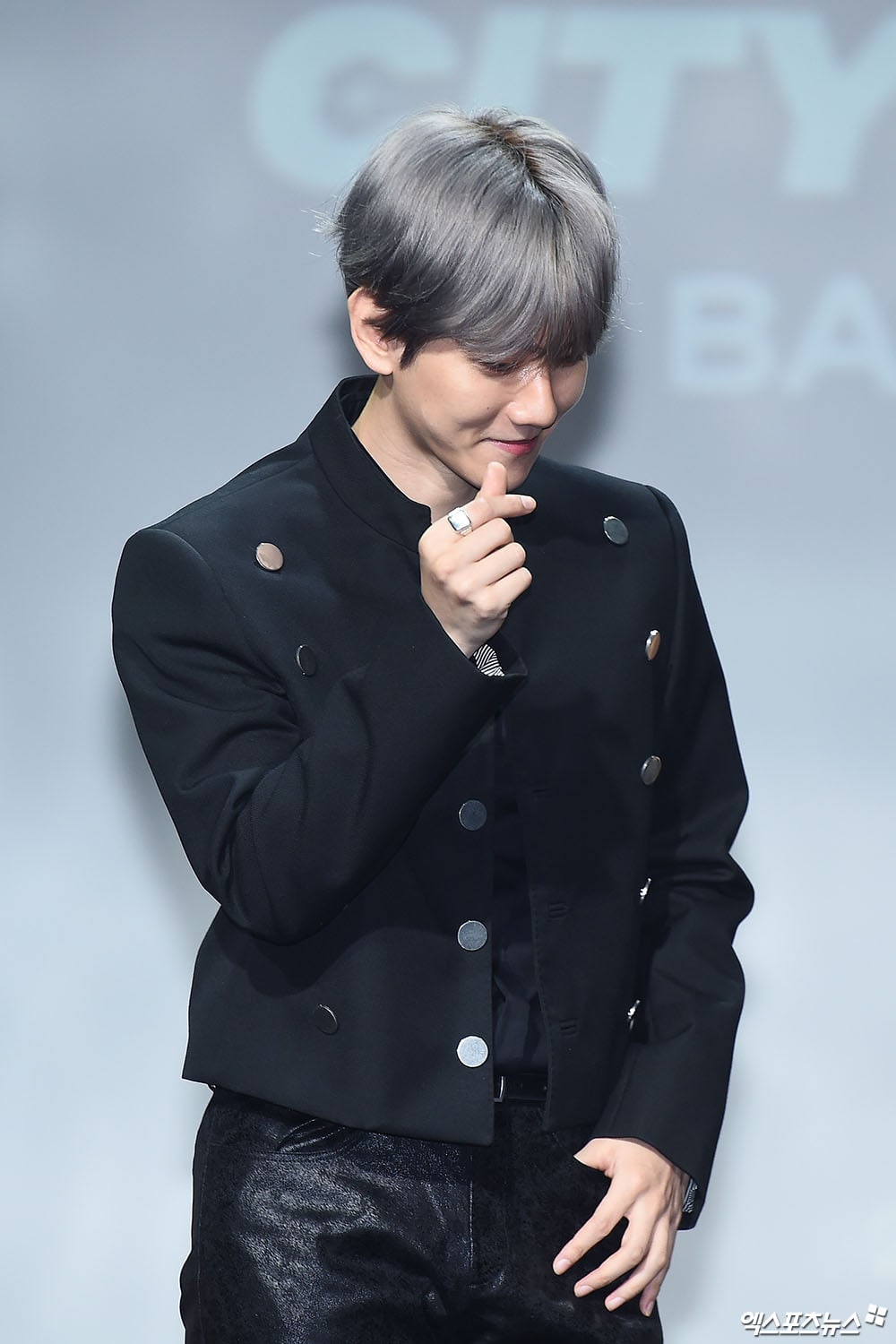 His first solo album achieved an impressive number in sales even before its release. As of July 8, the idol’s much-anticipated album recorded pre-order sales of 401,545 copies. Concerning this, he said, “I was very surprised because 400,000 is an unimaginable number. I still can’t believe it. It’s an album that fans have waited a long time for, and it took a long time because I prepared the songs with careful deliberation.”

The title track “UN Village” is an R&B love song that showcases Baekhyun’s soft vocals. The music video blends aesthetically with the atmosphere of the song and is expected to capture the attention of global music fans.

Baekhyun admitted, “The first thing I thought of when I first heard [the title] was the name of a [neighborhood of] villas. It’s where villas in the neighborhood of Hannam are gathered. When the [EXO] members first heard it, they misunderstood it as a song about a prince-like person, but if you look at the lyrics, it’s about wanting to take someone out to the hill behind the UN Village and show them a good view. It seemed very unconventional and interesting.”

When asked about the differences between performing with EXO and performing solo, he said, “With EXO, I show my sexiness through intense performances, but in my solo album, I can show sexiness with my voice.”

Regarding Beenzino’s featuring for the song “Stay Up” in his new album, Baekhyun explained, “Actually, when I heard this song for the first time, I thought of Beenzino a lot. I don’t know him personally, but I asked him to feature in it, and he accepted without hesitation.” 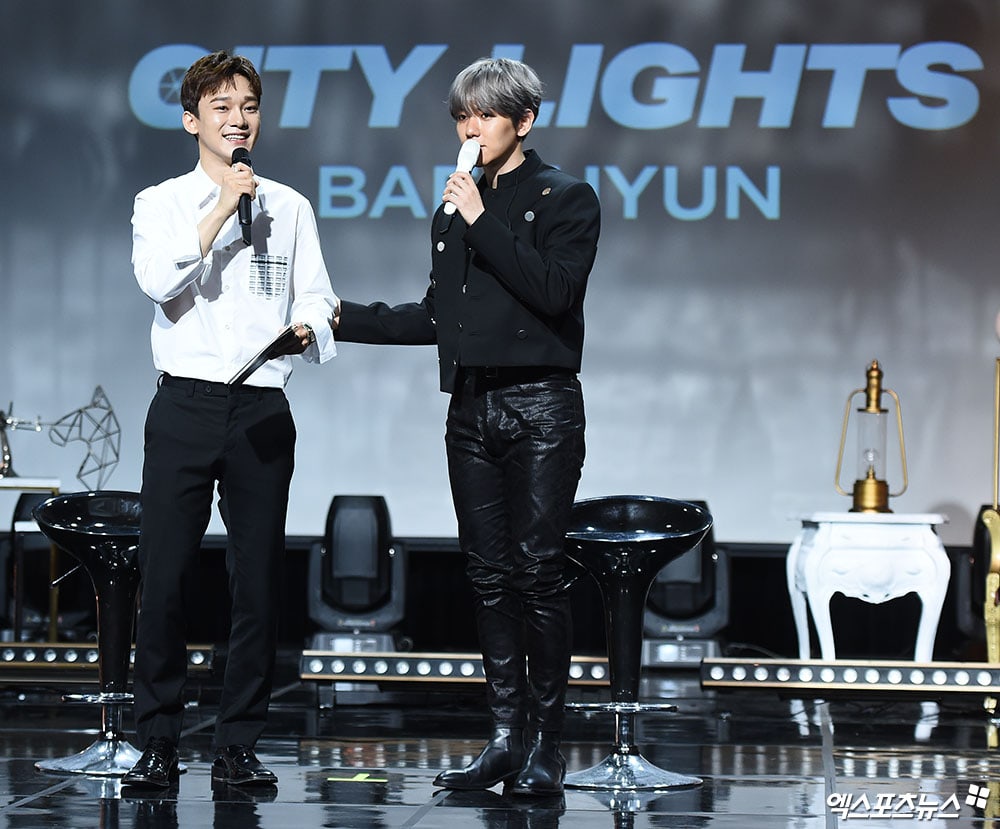 Furthermore, Baekhyun shared why he didn’t participate in writing or composing any of the songs in the album. He explained, “There were a lot of people who could do it better than me. I’ve tried it once, but my agency [wasn’t interested in it] and walked away. So I thought this wasn’t a path for me,” and laughed. Baekhyun added that he believed his first priority was to show his stability as a ‘player’ rather than participating in songwriting.

When asked how long it took to prepare the album, Baekhyun replied, “At the end of last year, I told my agency that I wanted [to make a solo album] and started preparing for it. I couldn’t choose the title song, and that slowed things down. I think it took about eight months in total.” He also added, “I didn’t have a [dance] performance today because the stage was too small, but I’ll be having slight [dance] performances on music shows. I hope you’ll look forward to it.” 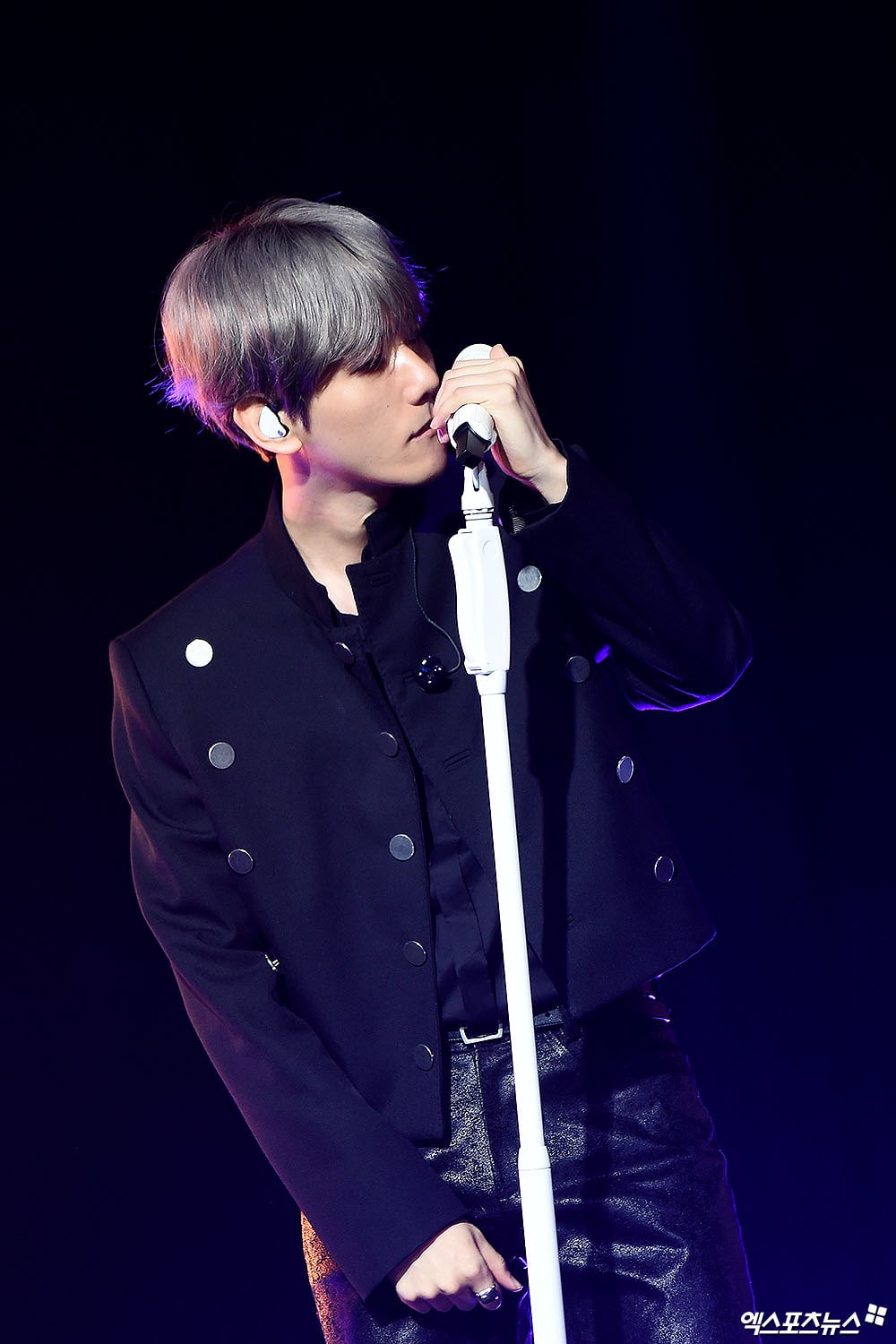 Baekhyun’s solo album “City Lights” is set to be released on July 10 at 6 p.m. KST. Check out the teasers here!

EXO
Baekhyun
XPN
How does this article make you feel?