On July 10, MBC uploaded shots of the tense first meeting between Goo Hae Ryung (Shin Se Kyung) and Min Woo Won (Lee Ji Hoon). Unaware that they will later meet as senior and junior historians, the two are engaged in a heated argument in the middle of the street. Shin Se Kyung appears to have struck first, looking both concerned and frustrated at Lee Ji Hoon, while he appears to be caught off guard. 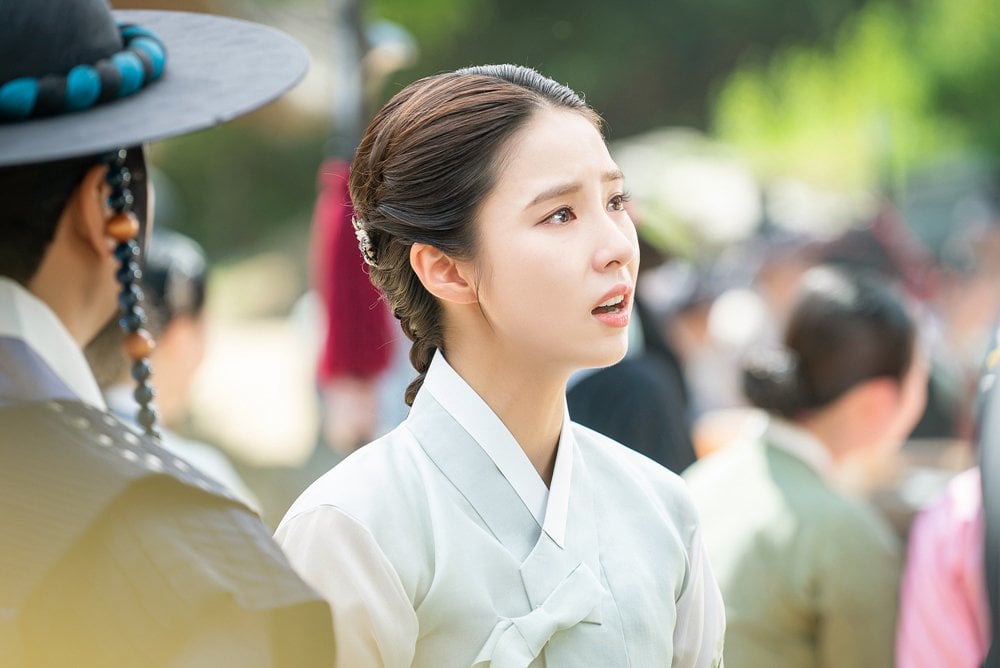 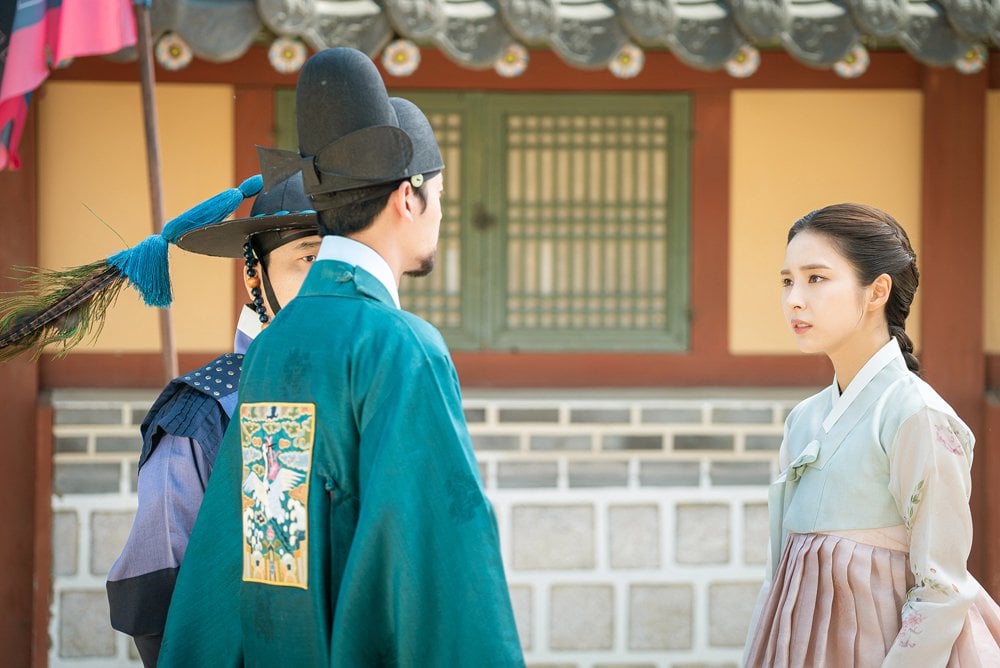 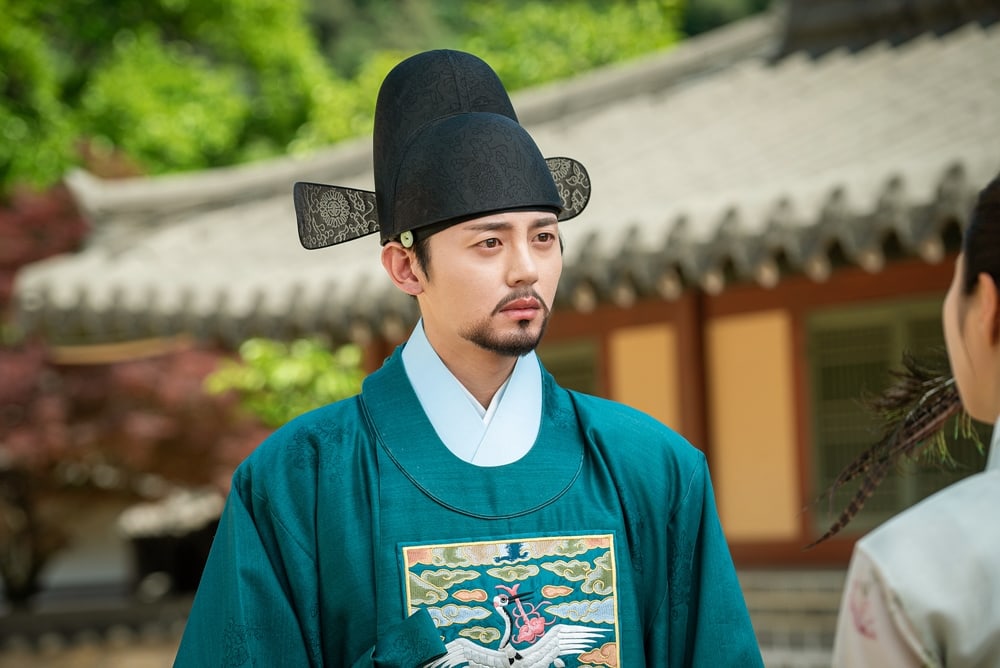 Shin Se Kyung appears to have said something so scandalous that her maid Seol Geum (Yang Jo Ah) is seen frantically covering her mouth. Viewers can look forward to finding out what kind of courageous comment she made that left Lee Ji Hoon speechless. 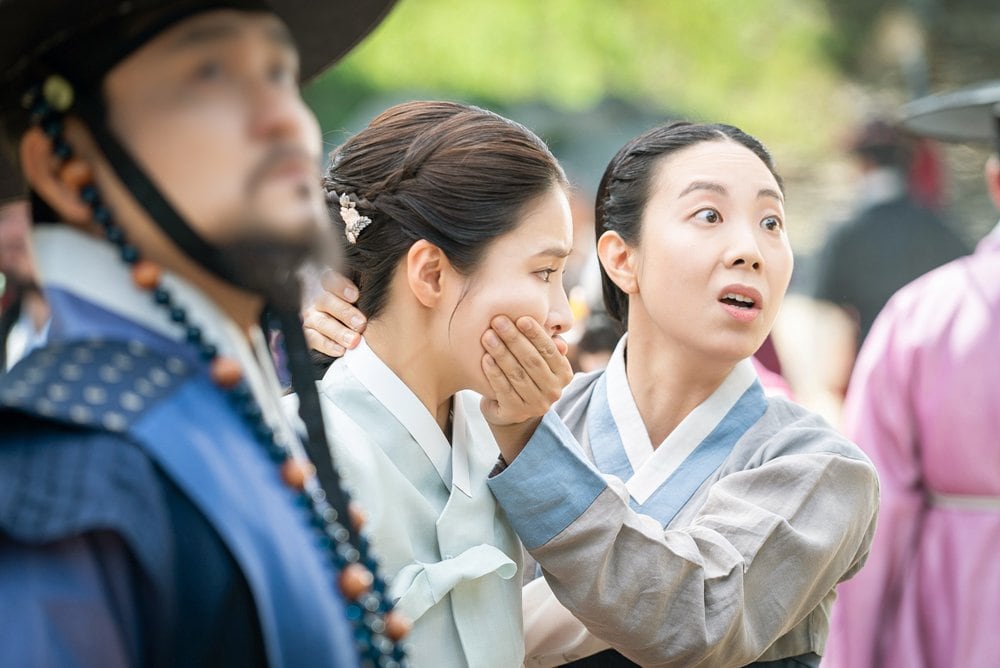 A source from the drama shared, “Before Hae Ryung and Woo Won meet as senior and junior historians, they have a fiery first encounter. Please look forward to seeing their meeting and discovering what Hae Ryung said that shocked Woo Won, who normally never loses his composure.”

In the first photo, Park Ji Hyun mysteriously covers up her face and carefully heads to the powerful Min Ik Pyeong’s (Choi Deok Moon‘s) house. Judging just by the large and heavily guarded door frame, his house is not one of average status, and many are curious to find out what these two could have to discuss. 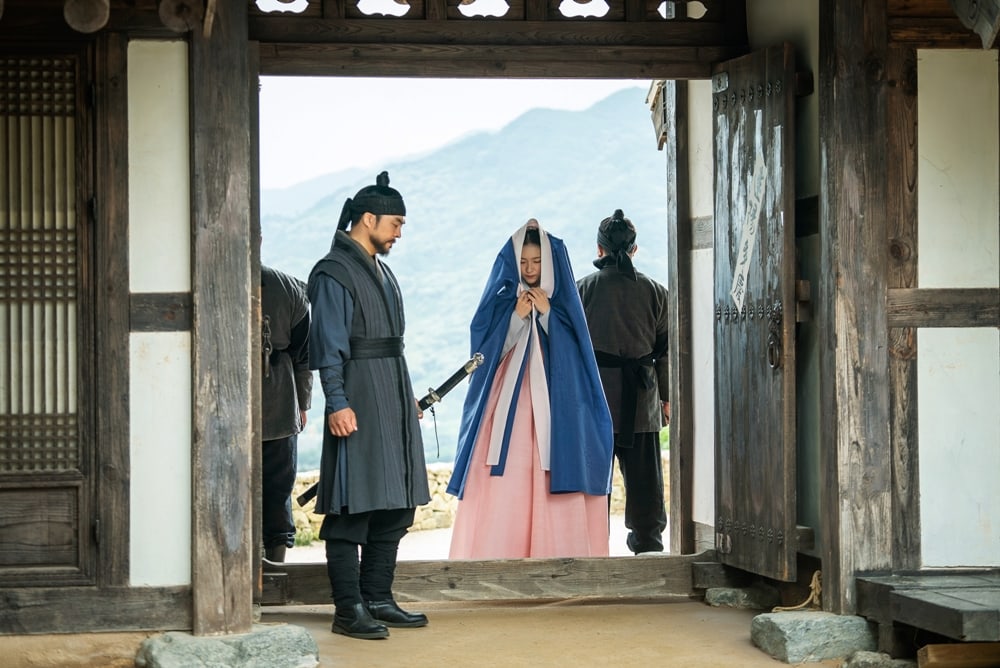 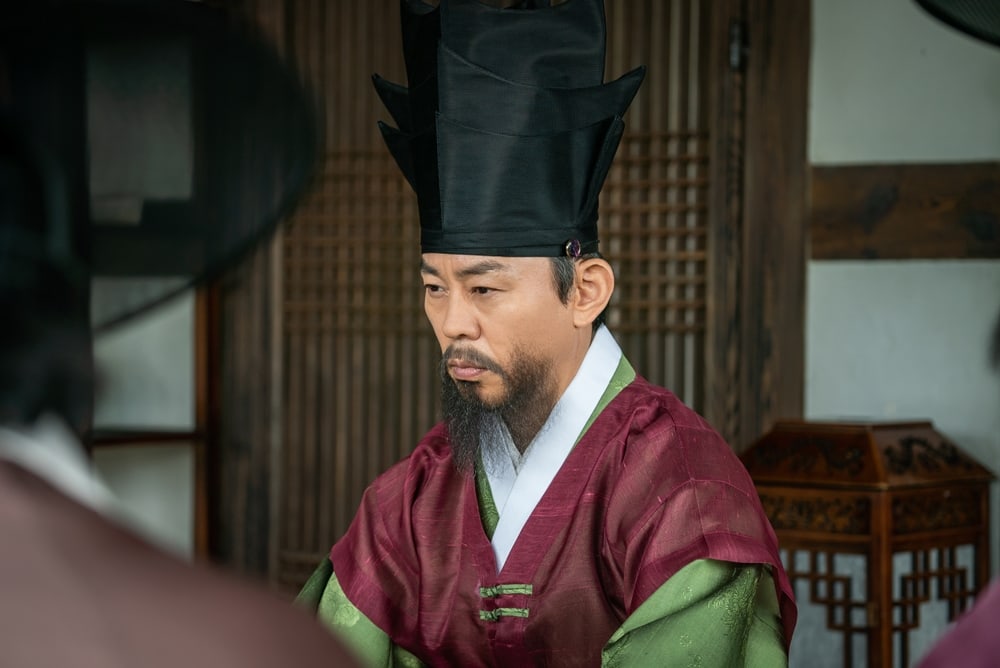 After growing up as the oldest in a household of only daughters, Song Sa Hee is expected to take on a maternal role. However, she decides to choose her own path in life, making viewers wonder what she really desires to passionately pursue. 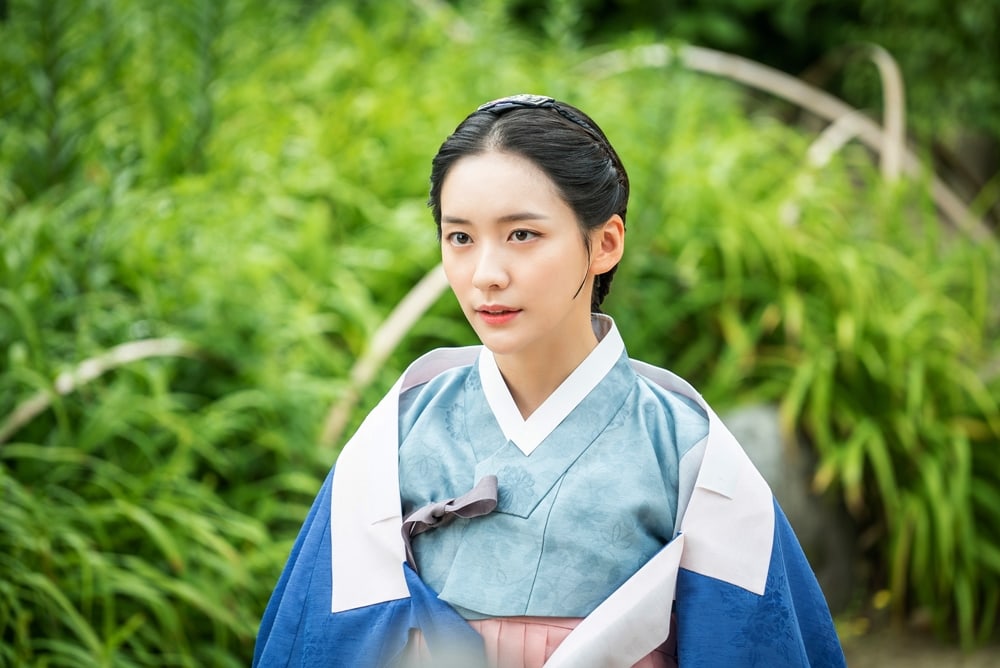 Additionally, Park Ji Hyun is seen with Lee Ji Hoon at night, and the two are locking eyes with unclear expressions. Lee Ji Hoon appears to have come across Park Ji Hyun while coming out of his home, and his curious expression leads to more excitement over the pair’s meeting and relationship. 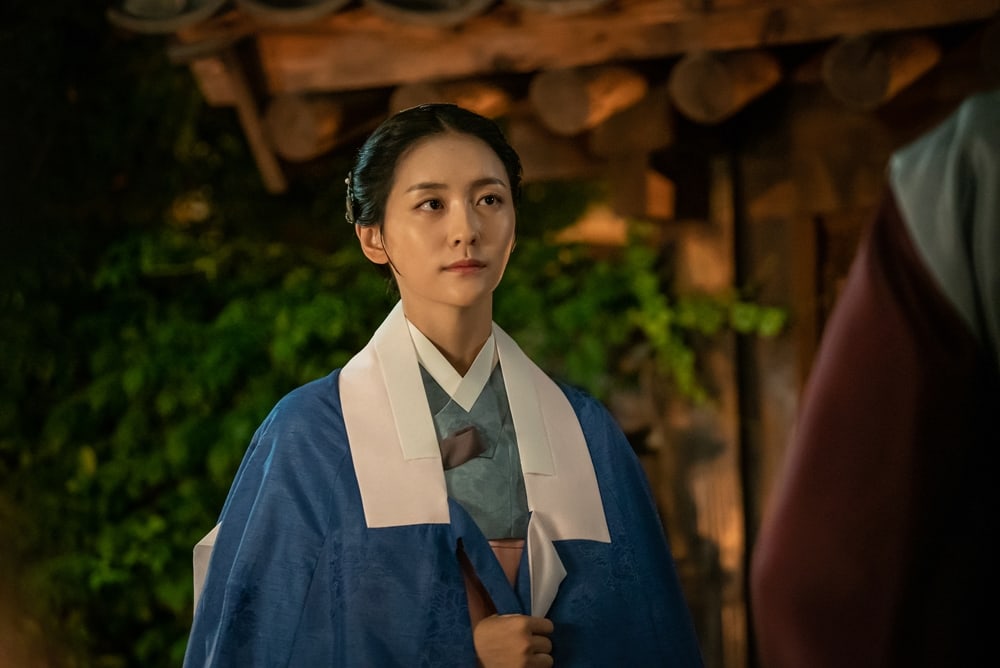 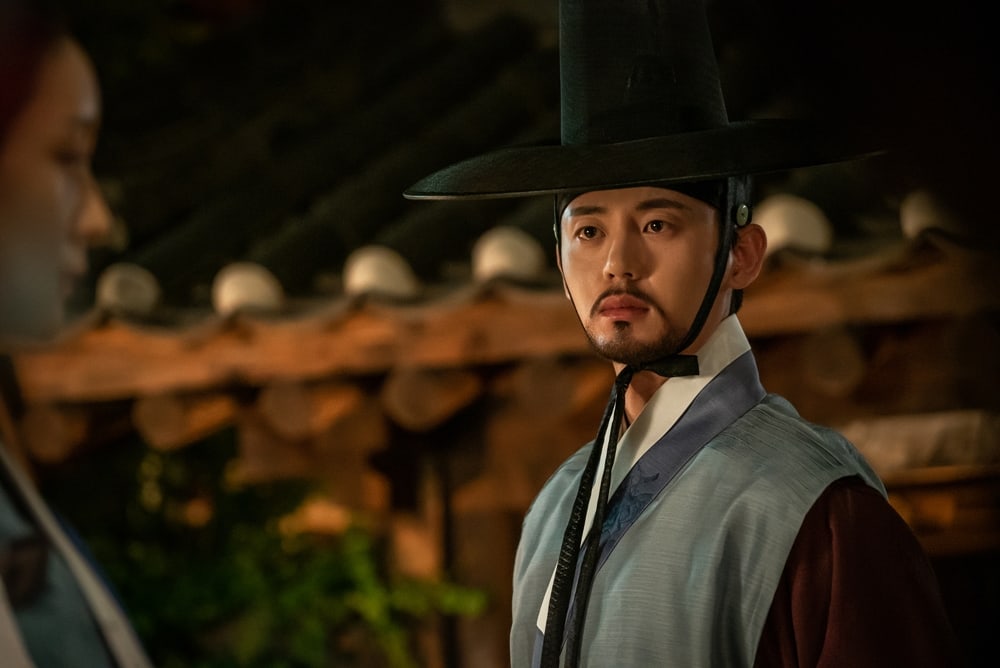 A source from “Rookie Historian Goo Hae Ryung” commented, “Woo Won and Sa Hee have an inseparable relationship that Ik Pyeong cannot come in between. Woo Won is Ik Pyeong’s son, and we hope you will tune into the broadcast to discover what the connection between Sa Hee and Ik Pyeong is.”