Lee Kwang Soo and Code Kunst will earn a new nickname on this week’s episode of “Running Man”!

During filming for the upcoming July 14 broadcast of the SBS variety show, Yoo Jae Suk remarked that the famous music producer bore an uncanny resemblance to a character from “Harry Potter.” The comedian pointed out, “Code Kunst looks like the house elf Dobby from the ‘Harry Potter’ movies.”

As everyone around them agreed, Code Kunst replied, “I’ve actually heard that a lot.” He then looked at Lee Kwang Soo and observed, “Hyung, you look like [Dobby] too.” The “Running Man” cast then made everyone crack up by giving them the nickname “Dobby Brothers.”

According to those present during filming, even though it was Code Kunst’s first appearance on a variety show, the producer surprised everyone with how quickly he adapted to the “Running Man” atmosphere. As filming progressed, he reportedly became more and more outgoing and aggressive during the show’s games, and he regretfully remarked during the last mission, “I feel like I’m just getting started now.”

Do you think Code Kunst and Lee Kwang Soo resemble Dobby? Share your thoughts below! 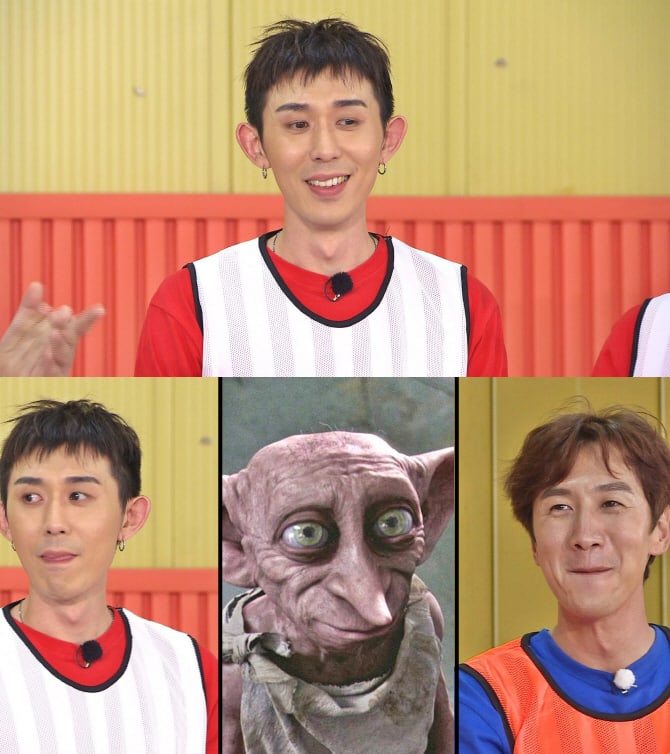 The next episode of “Running Man” will air on July 14 at 5 p.m. KST. In the meantime, you can catch up on the latest episode of the show here: