On July 16, Good Data Corporation posted their weekly ratings of the most buzzworthy dramas and actors. The results are from the company’s analysis of currently airing and upcoming dramas for the second week of July.

Coming in at first place was tvN’s latest drama “Hotel Del Luna,” which premiered on July 13. The drama achieved the second highest score of all dramas’ first week broadcast buzzworthy scores (based on dramas that aired after 2015), and it also had the highest score of 2019 dramas’ first week broadcast buzzworthy scores. Its lead actors IU and Yeo Jin Goo also took No. 1 and No. 2, respectively, on the list of buzzworthy actors.

In second place was tvN’s “Search: WWW,” which continued to record its highest buzzworthy percentage since it began airing for the fourth week in a row. The lead actresses and actors from the drama also made it onto the buzzworthy actors list, with Lee Da Hee climbing five spots to fifth place, Im Soo Jung falling one spot to sixth place, Jang Ki Yong rising three spots to No. 9 on the list, and Lee Jae Wook taking the tenth place spot.

Following behind in third place was MBC’s “One Spring Night,” which aired its final episode on July 11. Jung Hae In and Han Ji Min, the lead actors of the drama, also ranked third and fourth, respectively, on the list of buzzworthy actors. 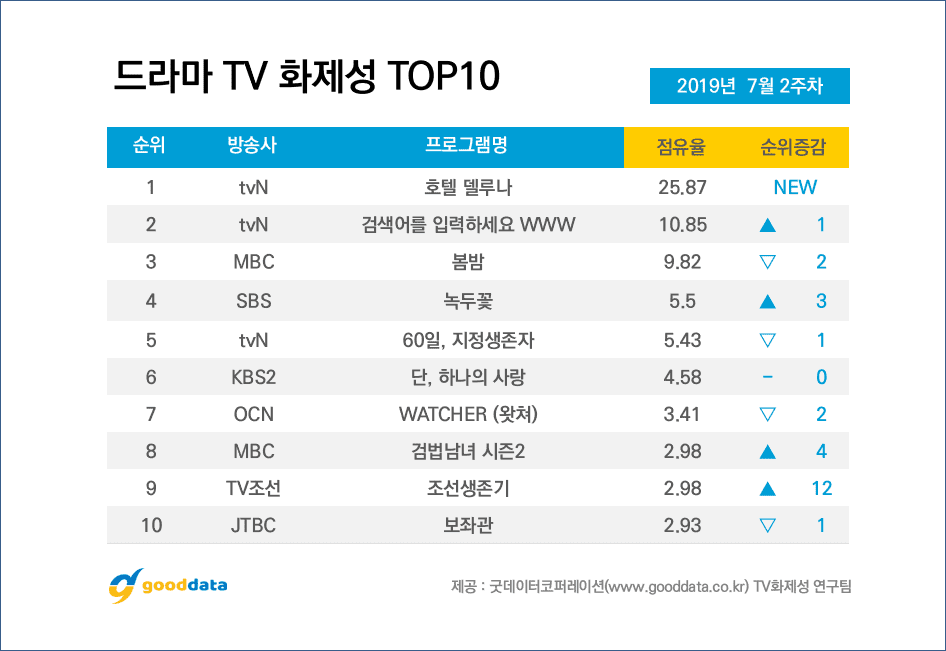 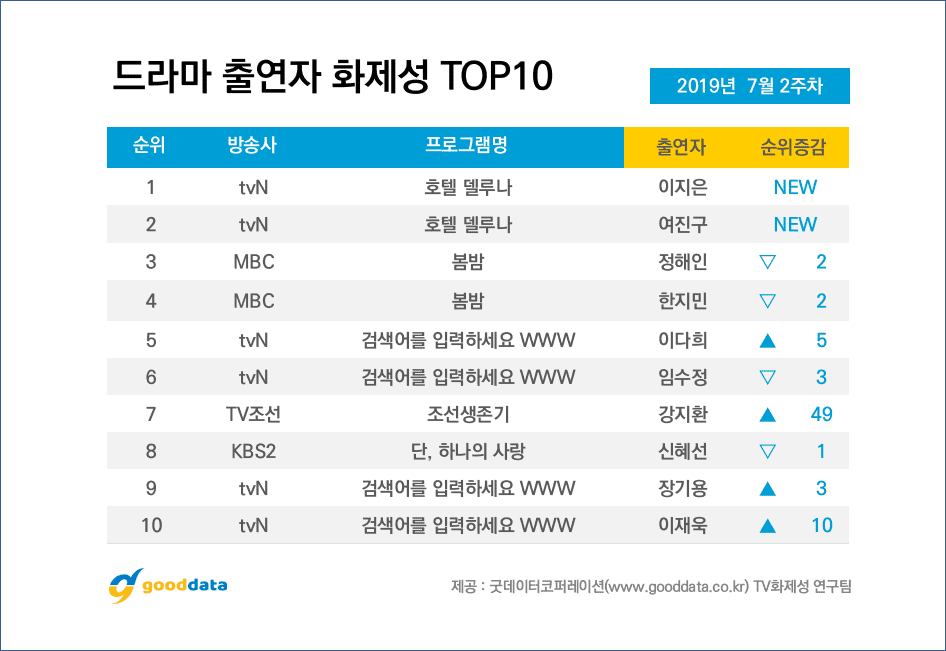