On July 17, PENTAGON held a showcase for their new mini album “SUM(ME:R).”

During the showcase, Hui was asked about producing a song for Mnet’s “Produce X 101.” He said, “It would be nice if [our song and their song] could compete. Results-wise, it would be good for me if both songs did really well.”

He added, “The song I gave to ‘Produce X 101’ and the song I made for PENTAGON are both precious to me, so I hope people listen to them a lot. In my mind, I hope that they have a friendly competition.” 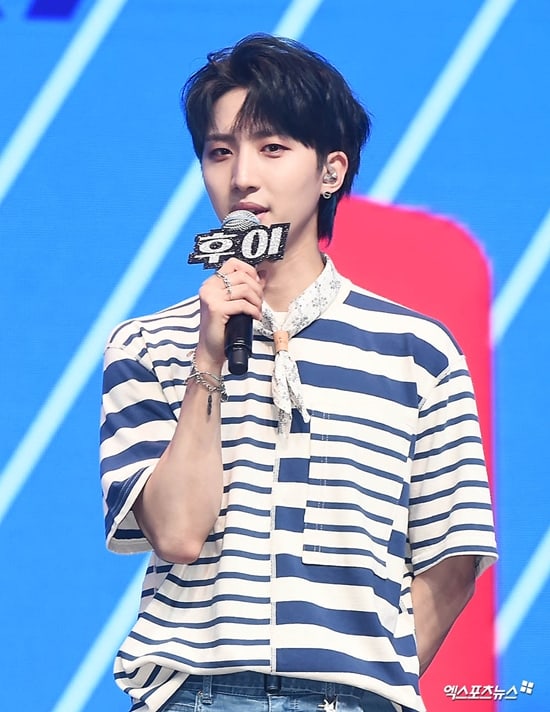 Hui also talked about his producing style in comparison to Giriboy, who collaborated with them on their new EP. Hui said, “Giriboy is the kind of producer who charges forward. When I write music, I need to think over a lot of things first and organize everything in my mind. Giriboy just starts and sees what happens. He starts with nothing and then picks what he likes with the person he’s working with.”

He continued, “I call myself a slowpoke producer. I take a long time to write music and I can’t start if it’s not organized in my head first. If it’s not perfect in my head, I can’t write music.”

Kino added, “The melody became more rough and relaxed after Giriboy helped produce our music. We tried a sound that we haven’t tried before. It was a fun and new experience.” 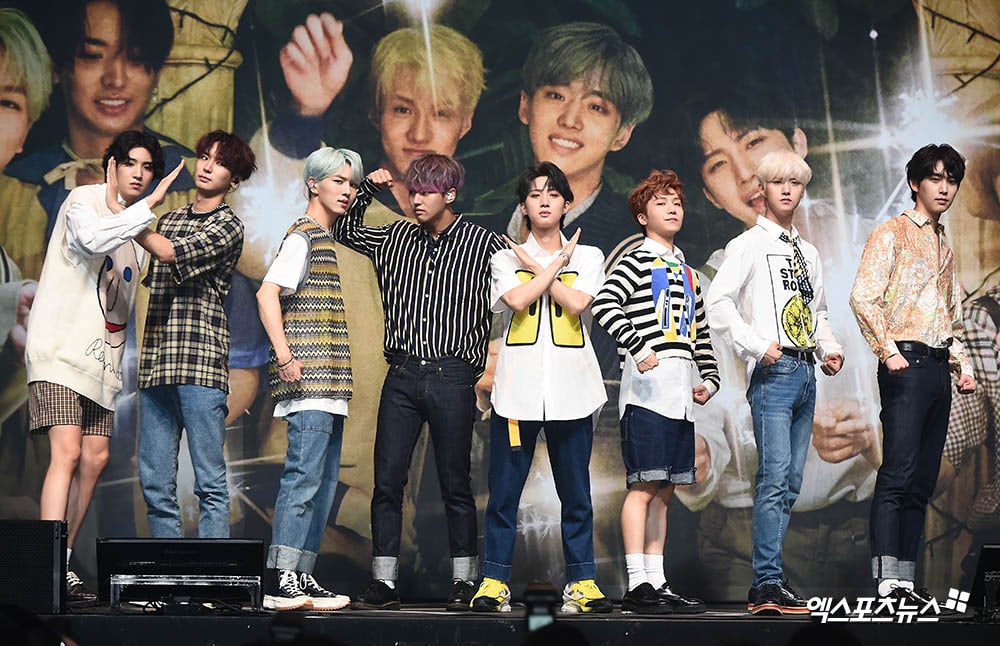 The members also talked about Yan An, who is on hiatus from this comeback’s promotions due to health issues. Kino said, “Yan An is currently recovering his health. Yesterday, we were all gathered together. Before we started preparing for this album, he told us to work hard and cheered us on, and he joined us in wishing for this album to do well. We prepared this album with all of us in mind.”

Hui said, “The title track, ‘Humph!’, has Yan An’s voice in it. I hope that people can enjoy music with 9 members and performances with 8 members.”

PENTAGON released their album “SUM(ME:R)” and music video for “Humph!” on July 17.

PENTAGON
Giriboy
XPN
Produce X 101
How does this article make you feel?