The actors of “Catch the Ghost” tested their teamwork.

On July 18, the upcoming tvN drama released photos from their script reading.

Before the script reading began, director Shin Yoon Seop stated, “I’ll work hard so that it’ll be a joyful project for all of the actors and staff who chose ‘Catch the Ghost.'”

Moon Geun Young said, “I’m already excited that I’ll be working with junior and seniors actors who I like. I’ll work hard.” Wittily using the line of the Commissioner of the Seoul Metropolitan Police Agency, Kim Seon Ho added, “I’ll approach this sincerely and seriously so that I won’t be captured [by the criminals].”

Director Shin Yoon Seop’s directing with emphasis on reality and the passionate acting of the actors brought the script to life during the table read. Despite this being their first time working together, Moon Geun Young and Kim Seon Ho showed off perfect chemistry as the subway police officers.

Moon Geun Young perfectly captured the ambitious desire of a rookie police officer who believes in acting first before thinking with a passionate look in her eyes, facial expressions, and line delivery. Kim Seon Ho showcased detailed emotional acting to portray the head of the subway police force who believes in following the rules no matter what.

The four-hour-long script reading reportedly felt like 30 minutes due to the passionate acting of the actors. A source from the drama said, “Along with Moon Geun Young, Kim Seon Ho, Jung Yoo Jin, and Ki Do Hoon, talented actors such as Nam Gi Ae, Jo Jae Yoon, and Song Ok Sook all came out to show off their high quality acting at the script reading. It’ll be unlike other investigation dramas and will be fun as each episode tells various stories and incidents from the subway as they investigate the dark mystery. Please look forward to the first episode.” 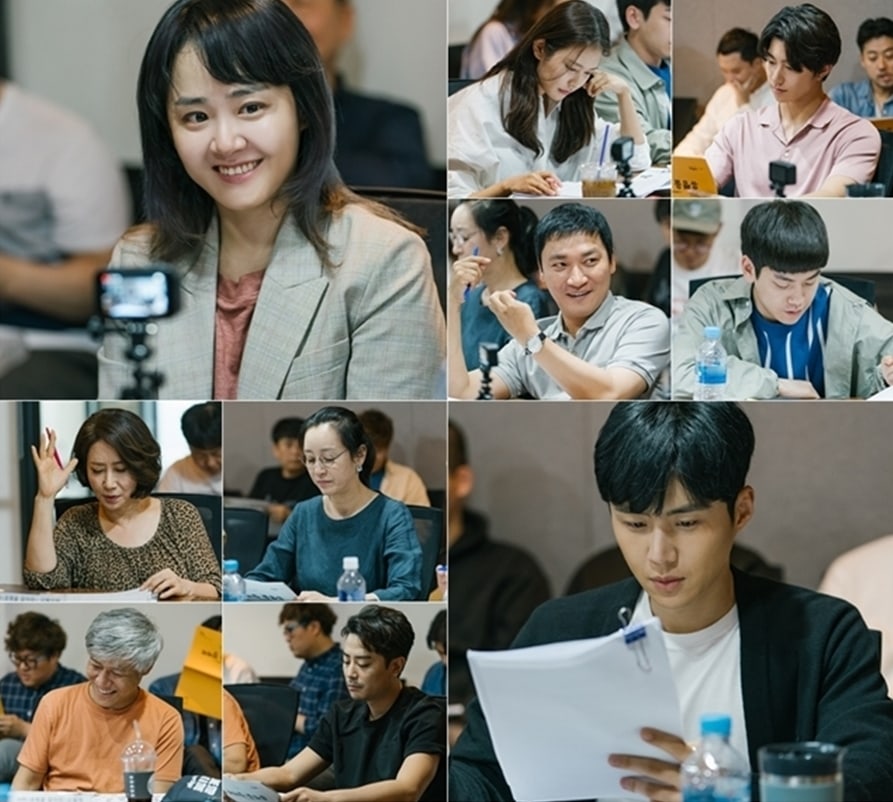