First Impressions: “Doctor John” Is Not Afraid To Debate About Sensitive Topics

Guyyyys, Ji Sung is back in jail again! 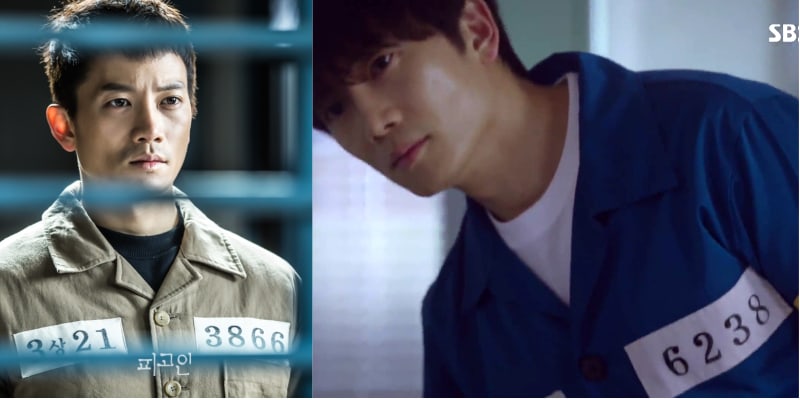 But don’t fret just yet. He’s no longer an inmate on death row, nor is he fighting for his daughter’s life. Instead this time around, Ji Sung plays Cha Yo Han, a talented doctor who lands himself in jail after committing a crime. While incarcerated, he meets Kang Si Young (Lee Se Young), a second-year resident who helps out as the prison’s medical officer. Though she finds him arrogant and disruptive at first and is thus hesitant to accept his help, she eventually starts to trust him and his judgment. And before we know it (which is by the end of Episode 4), Cha Yo Han has completed his sentence and is released back out into the world!

Before we get too far ahead of ourselves, let’s take a more detailed look at what we’ve seen so far:

Warning: Spoilers for Episodes 1-4 of “Doctor John” below: 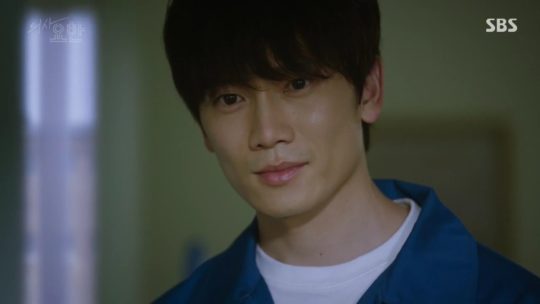 Cha Yo Han starts off the series as Inmate 6238, a prisoner who has a “he-who-must-not-be-named” presence in the prison. During his first few days in prison (three years ago), his chest was slashed during a hazing incident. Unperturbed, he grabbed a medical kit and sewed himself up without using any form of anesthesia. Since then, he has also been consistently interfering with the prison medical officers’ diagnoses and trying to get them replaced because of their incompetence.

Cha Yo Han is seen to have strong observational and deductive skills, which makes him an excellent diagnostician. He also has his own code — he believes that doctors shouldn’t sit by and watch idly while their patient suffers. This belief is the driving force behind him (illegally) administering euthanasia to a child three years ago and was what eventually landed him in prison. And it’s this not-so-black-and-white characterization of him that makes Cha Yo Han such an intriguing character. In fact, he kind of reminds me of Gregory House of the U.S. series “House,” where both of these doctors are incredibly perceptive while also willing to bend the rules in the interest of their patient. 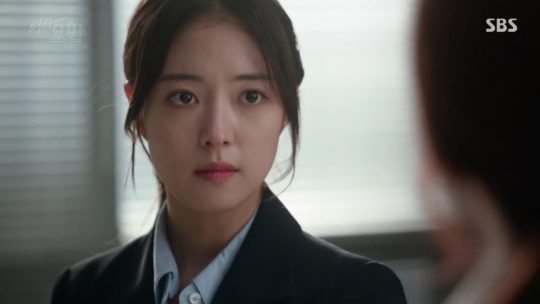 Kang Si Young is a second-year resident at Hanse Medical Center (HSMC) who suffers from PTSD from failing to save a life. She blames herself for the death and punishes herself by dropping out of her residency program and leaving the hospital. She intends to escape it all by fleeing to Madagascar, but before she is able to, her uncle asks her to help out at his prison as the medical officer.

There, she encounters the enigmatic Inmate 6238 who helps her save her patients. While at first, she appears to be a tough cookie when dealing with the “trouble-seeking” patients in prison, she’s not as self-assured as she appears to be when having to treat the more severe patients, especially that of Inmate 5353.

Though Cha Yo Han is adamant that the inmate has Fabry disease (a rare genetic illness), the rarity of the disease and lack of indicators become reasons for the hospital to not start treatment. Kang Si Young, not wanting to take chances, actively seeks out medication from the hospitals, and when push comes to shove, administers the treatment just in time to save the inmate’s life. Having successfully saved Inmate 5353, her passion for saving lives is once again rekindled. She thus asks to rejoin the residency program and is accepted back to HSMC.

Kang Si Young is someone who is obviously carrying a lot of emotional baggage and trauma around, but with Cha Yo Han now in her orbit, she is hopefully on the path of learning to accept that things aren’t always so cut-and-dry and that sometimes, bad outcomes are unavoidable. (And that there will be less crying in her future.) 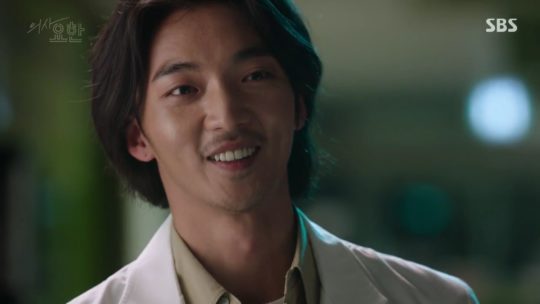 Lee Yoo Joon is another key player in these first few episodes as he’s the main doctor in charge of Inmate 5353’s case. He’s heard tales of Cha Yo Han’s antics and has a strong distrust towards him, and this distrust bleeds into his interactions with Kang Si Young. He’s a good doctor, but because he isn’t ready to risk his job or compromise his own morals, he is eventually at an impasse with Cha Yo Han-Kang Si Young in regards to how to treat Inmate 5353.

However, now that the drama’s focus is shifting to HSMC, I can’t help but wonder what Lee Yoo Joon’s role will be, since he’s working at a different hospital. (It is a different hospital, right?) Being such different breed of doctors (who all happen to be in the anesthesiology department too), it would’ve been interesting to see the clashes in medical approaches between Lee Yoo Joon and Cha Yo Han-Kang Si Young. But I have a feeling there will be plenty of dissenting voices at HSMC waiting for the latter doctors anyways. 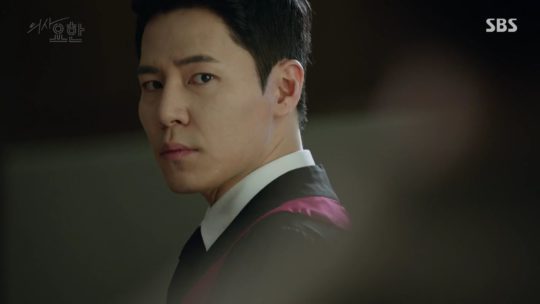 We haven’t seen much of Son Seok Ki these past four episodes, but so far, we can gather that his child was the one who was euthanized by Doctor Cha Yo Han. He is angered by doctors trying to play God, and as such, is unable to forgive Yo Han. As a prosecutor, he wants to make sure that Yo Han is never able to practice again. With such strongly differing ideologies, we’ll undoubtedly see many a time where these two will be going against each other in future episodes. 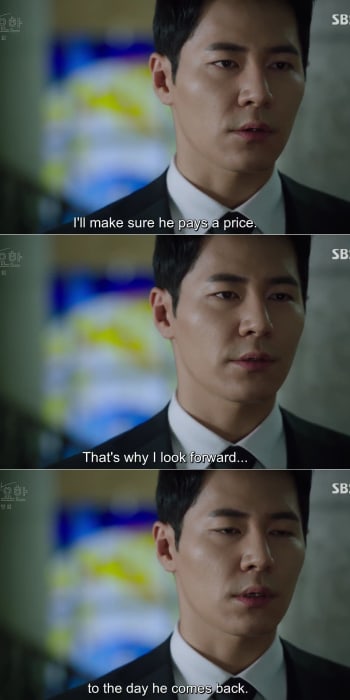 What worked for the premiere

Ji Sung is without question the star of this drama. He is able to shift from earnest to cynical to confrontational, all within seconds and all with the slightest facial changes. He brings the gravitas needed when dealing with heavy topics such as euthanasia and approaches these scenes with a sense of groundedness and respect for the issues at hand.

He also elevates his scene partners and Lee Se Young shines most during their scenes together. Speaking of Ji Sung and Lee Se Young, the two do share strong chemistry, which is another reason why their scenes always stand out, and I can’t wait to see how their relationship develops in the future (though I for one hope they maintain a mentor-mentee relationship and nothing more).

Props also go to the production team for tackling these “grey-area” issues such as euthanasia, where more awareness and debate is often needed. So far, the script is well-written and there have been many memorable quotes that prompt viewers to engage with the story in an empathetic capacity.

What didn’t quite work for the premiere

Unfortunately, the beginning wasn’t a home-run for me. There were times where it felt like the premiere was trying to do too much. The show goes from procedural to medical mystery to revenge to dramatic melo, and the tone of the show suffers in general. There’s even a mysterious person lurking around taking photos of Kang Si Young. I understand it’s supposed to be laying the groundwork for the future, but with more important things happening in the forefront, those scenes just seem out of place.

The background music too can feel a bit manipulative at times. When it works, it works great, but in some scenes, it feels like they are rushing our emotions by choosing purposely intense/swelling music, instead of just guiding and allowing us to genuinely arrive at those emotions. Hopefully, the production can ease up on the heavy-handedness, and instead allow the viewers to organically feel what they want to us feel.

That being said, “Doctor John” still premiered strong and has the ingredients to make for a great character-driven drama. I can’t wait to see what is in store of us down the road!

Did you catch the premiere of “Doctor John”? And if so, what did you like most about it? Leave your comments and discussions below!

Belinda_C is glad that Ji Sung is back on her screen! Talk “Doctor John” and SEVENTEEN with her on Twitter!