On July 22, the new “Produce X 101” project group held their first live broadcast together as X1 on V Live. The 11 members of the new group took turns introducing themselves to fans and promising to show even more of their talents and charms in the future. They also thanked their fans who voted for them.

Kim Woo Seok said, “We have really great news. We’ll be holding our debut show-con on August 27 at the Gocheok Skydome.” He added, “Since it’s an opportunity for us to meet our fans, we’ll work hard at preparing.”

Han Seung Woo said, “Performing in a large venue is a great opportunity for us. We’ll work hard at preparing so we can make great memories. We hope many of you will come to see it.”

The members then voted on who should be their leader through a secret vote, and Han Seung Woo was chosen by everyone but himself.

Kim Yo Han explained his reason for choosing Han Seung Woo as “Because he’s always our leader.” Son Dong Pyo described him as good fit for the role because he’s like a reliable father to him, and he said, “I hope he will become a father to the 10 of us. But I’m the youngest son that he cherishes the most.”

Lee Han Gyul said, “He has a sexy face that I like. And as you’ve seen on television, it seems like he’ll be a great leader.” Nam Do Hyon also named Han Seung Woo’s skills and experience as reasons he chose him.

Han Seung Woo’s own vote went to Cho Seung Youn. He said, “I think he’d be a great help to everyone because he’s an all-rounder who’s good at singing, dancing, and rap, and I also think he’d be a good mood maker.”

When Han Seung Woo became the leader after receiving votes from all his fellow members, he said, “Thank you for giving me your precious vote. I’ll be a leader who walks ahead by a step, and I’ll try to lead you well. So you’ll follow me well, right?” The guys cheered to say they will. 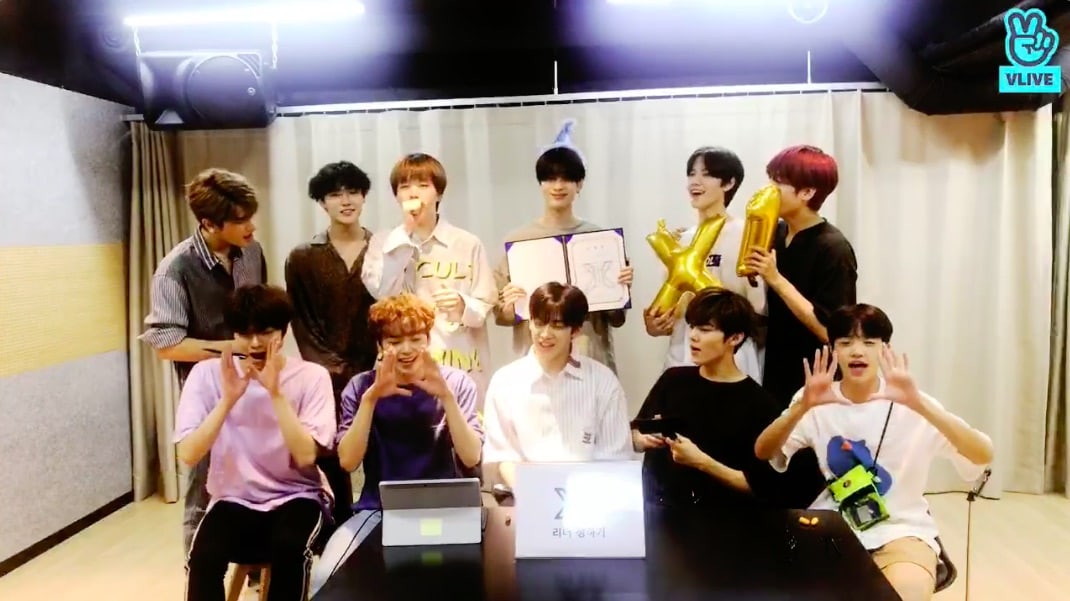 Son Dong Pyo pointed out that Han Seung Woo became the father of 10 sons. When the members began to joke around again, Han Seung Woo laughed and said, “I have a headache already. But I’m happy.”

As the group wrapped up their live broadcast, they reached over 2 million viewers and over 200 million hearts. Han Seung Woo promised to continue to bring fans good news and asked them to look forward to what they have in store.

Produce X 101
X1
How does this article make you feel?