On July 22, Good Data Corporation released the rankings of the non-drama television programs and cast members that generated the most buzz from July 15 to July 21. The results were gathered based on online articles, blog posts, community forums, social media, and views on video clips for non-drama television programs that are currently on air or are scheduled to air.

“Produce X 101” predominantly topped the list of most buzzworthy non-drama TV shows for the twelfth consecutive week, accounting for 36.68 percent of the total buzz from non-drama programs. The points accumulated by the survival show this week (77,548 points) are the highest points in the history of Good Data Corporation’s data.

The show’s contestants took more than half of the spots on the ranking of most buzzworthy cast members. Lee Jin Hyuk rose to No. 1 and was followed by Kim Yo Han, Kim Woo Seok, and Cho Seung Youn.

Other noteworthy cast members were trot singer Song Ga In on her own show “Discover the Trot” (literal translation) and Fin.K.L’s Lee Hyori and Lee Jin from their variety show “Camping Club.” 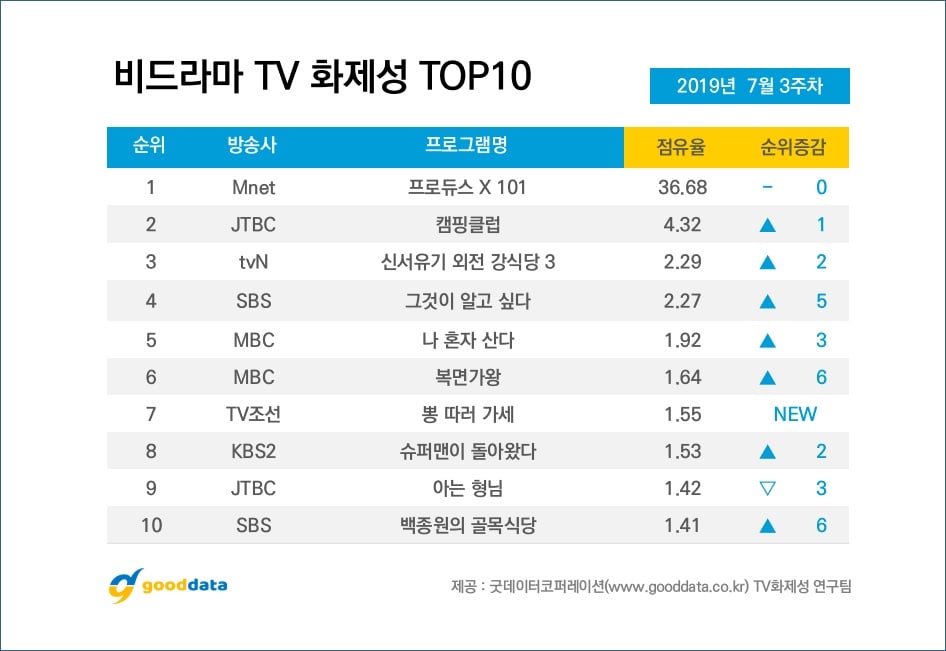 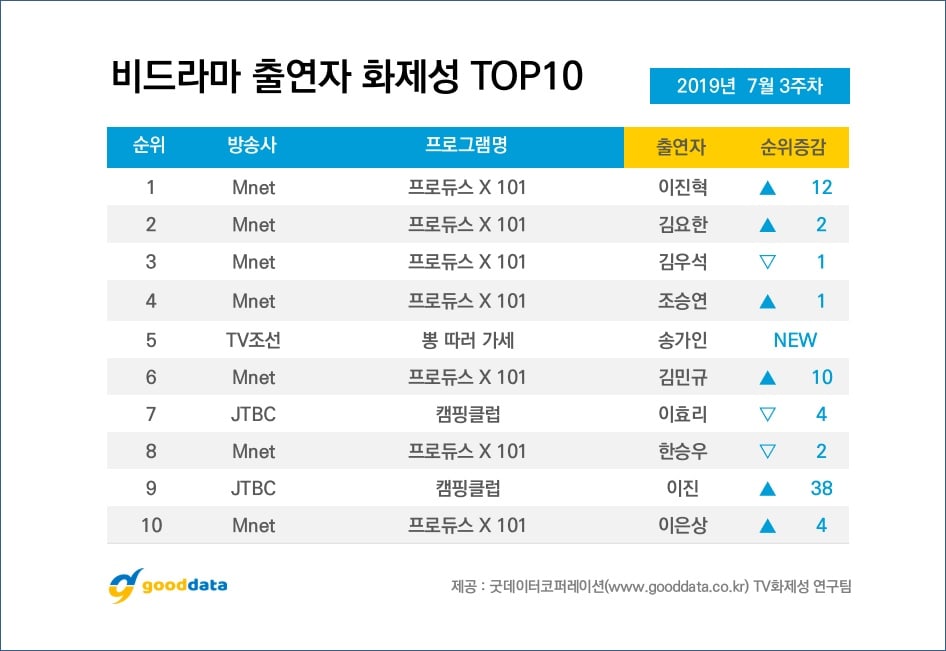