The video starts off with Ji Seung Hyun as Oh Jin Woo and Jeon Hye Jin as Song Ga Kyung as they attempt to film the scene where they get a divorce. The two actors professionally immerse into their characters, but a loud noise from a motorcycle causes them to hesitate. The director eventually stops them, and they break into smiles. 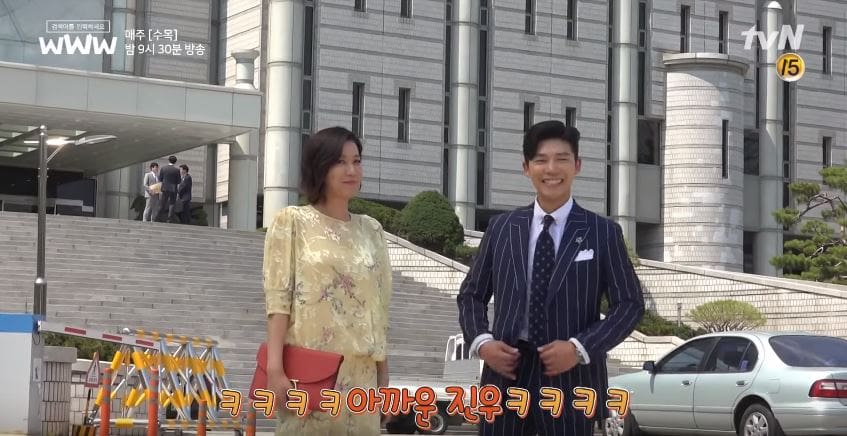 Meanwhile, Lee Jae Wook and Lee Da Hee are working on their kiss scene. Lee Jae Wook spots the camera first and points to himself, asking if he’s being filmed. When it’s confirmed that he’s being recorded, he nods with a satisfied smile and then silently gestures for the camera to turn so it can film his co-star Lee Dae Hee.

When it’s time to film the scene where Lee Da Hee kisses Lee Jae Wook, the director abruptly yells “cut,” causing Lee Da Hee to become really flustered and wander about in confusion. Lee Jae Wook’s lips tingle out of amusement, and the staff members jokingly demand for him to not laugh. In the end, the two actors are able to create a heart-stopping kiss scene that portrays their characters’ deep feelings for each other. 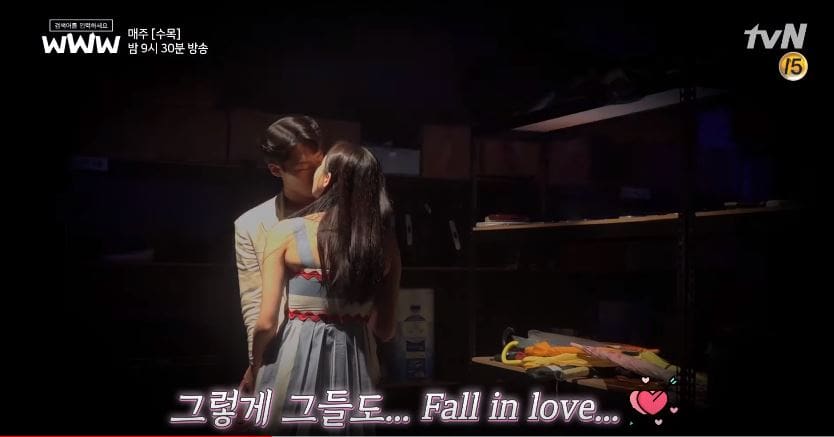 Lastly, Im Soo Jung and Jang Ki Yong look comfortable and relaxed while filming together. Im Soo Jung starts playing the guitar, and when she spots the camera, her eyes widen in surprise. Jang Ki Yong wiggles his fingers as if he wants to play the guitar too. 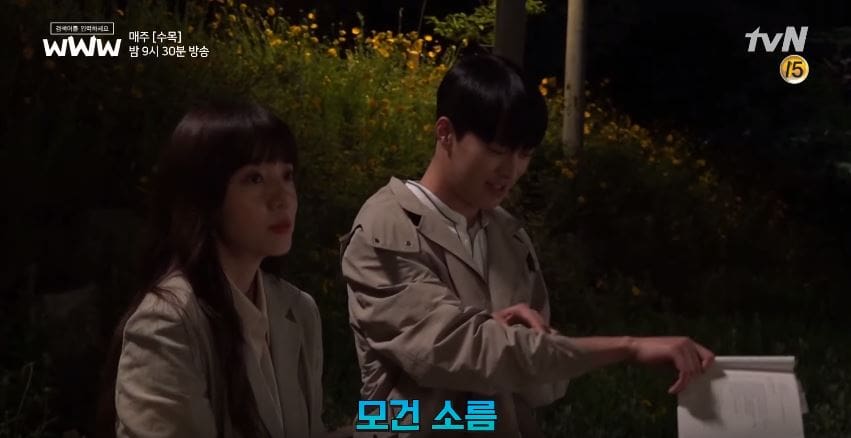 Check out the making video here!

Catch the latest episode of “Search: WWW” below: