Gaon Chart has revealed its chart rankings for the week of July 21 to 27!

EXO members claimed three out of the top five spots on this week’s physical album chart: EXO-SC—the group’s new sub-unit consisting of Sehun and Chanyeol—topped the chart with their debut mini album “What a Life,” while Baekhyun‘s solo debut mini album “City Lights” took both No. 3 and No. 5 on the chart (the traditional version of the mini album came in at No. 2, with the Kihno version charting separately at No. 5).

C9 Entertainment’s new boy group CIX debuted at No. 2 on the chart with their first EP “HELLO Chapter 1. Hello Stranger,” while E-Sens’s “The Stranger” debuted at No. 4. 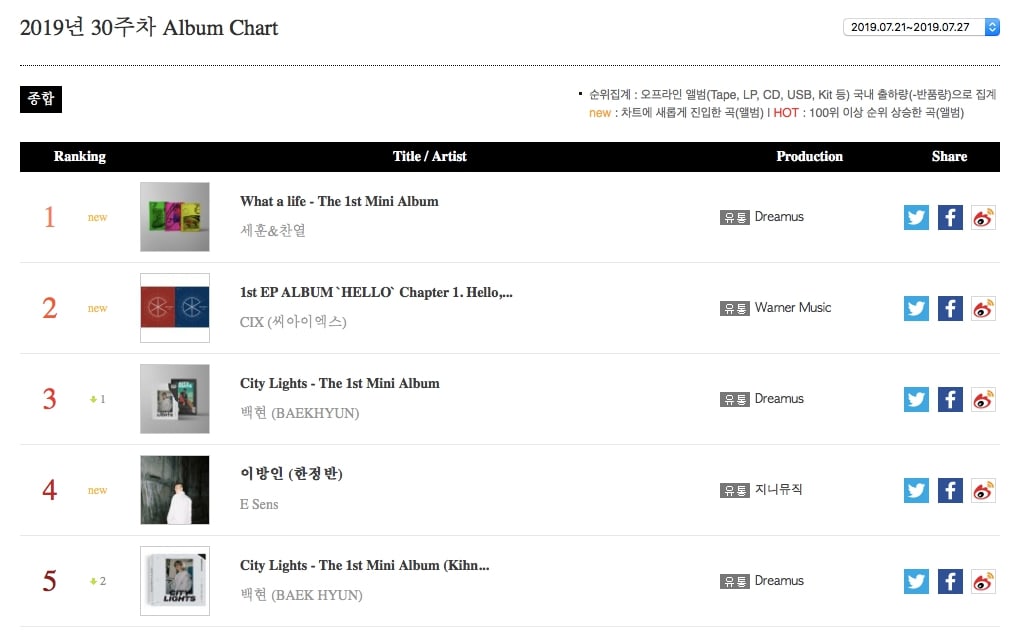 Girls’ Generation’s Taeyeon topped three separate charts this week with “A Poem Titled You,” her new solo song from the “Hotel Del Luna” OST: the song took No. 1 on the overall digital chart, the streaming chart, and the BGM chart (which tracks the songs that people purchase to use as background music for their blogs and KakaoTalk profiles). 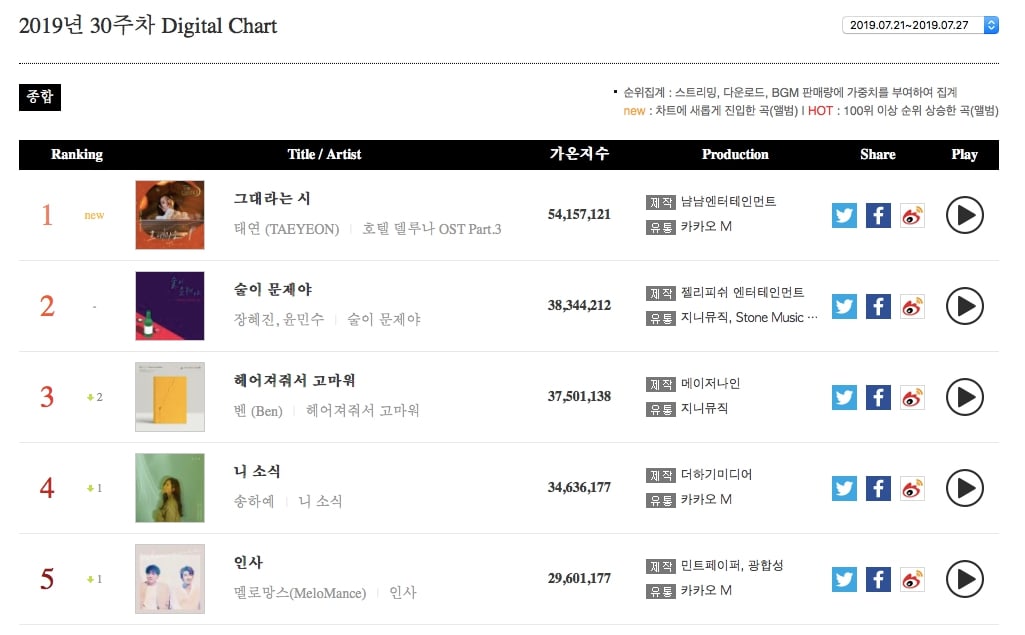 The top four songs on this week’s streaming chart were exactly the same as the top four on the overall digital chart: Taeyeon’s “A Poem Titled You” came in at No. 1, Jang Hye Jin and Yoon Min Soo’s “Drunk on Love” at No. 2, Ben’s “Thank You for Goodbye” at No. 3, and Song Ha Ye’s “Your Regards” at No. 4. Finally, Hwang In Wook’s “Phocha” rounded out the top five for the week. 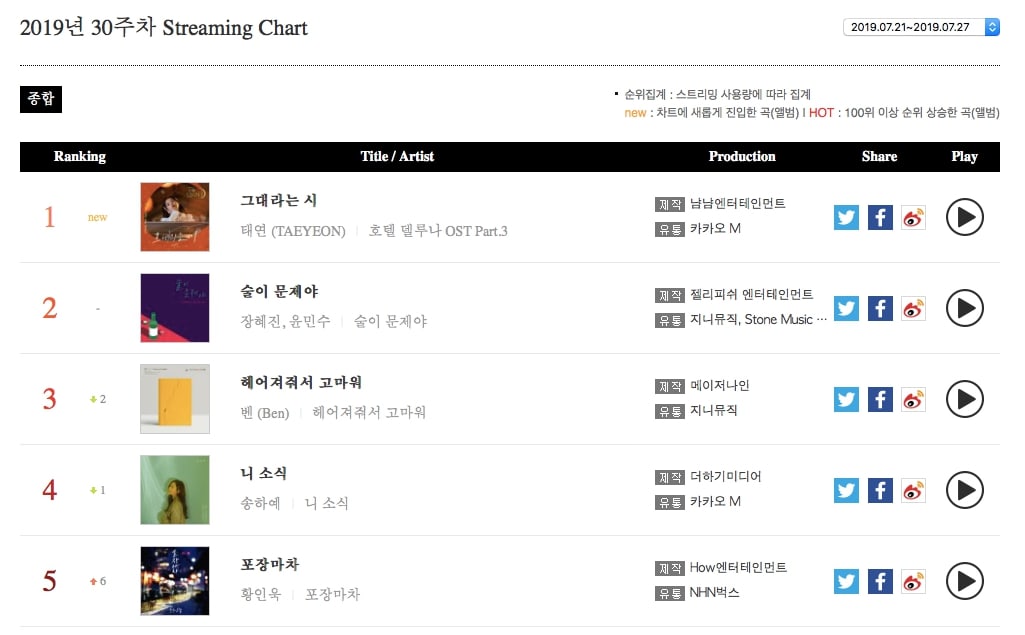 Kang Daniel‘s solo debut track “What Are You Up To” topped this week’s digital download chart, with Taeyeon’s “A Poem Titled You” debuting at No. 2. 10cm’s own contribution to the “Hotel Del Luna” OST, “Lean on Me,” shot up to No. 3 on this week’s chart, trailed by Naomi Scott’s “Speechless” at No. 4 and EXO-SC’s new song “What a Life” at No. 5. 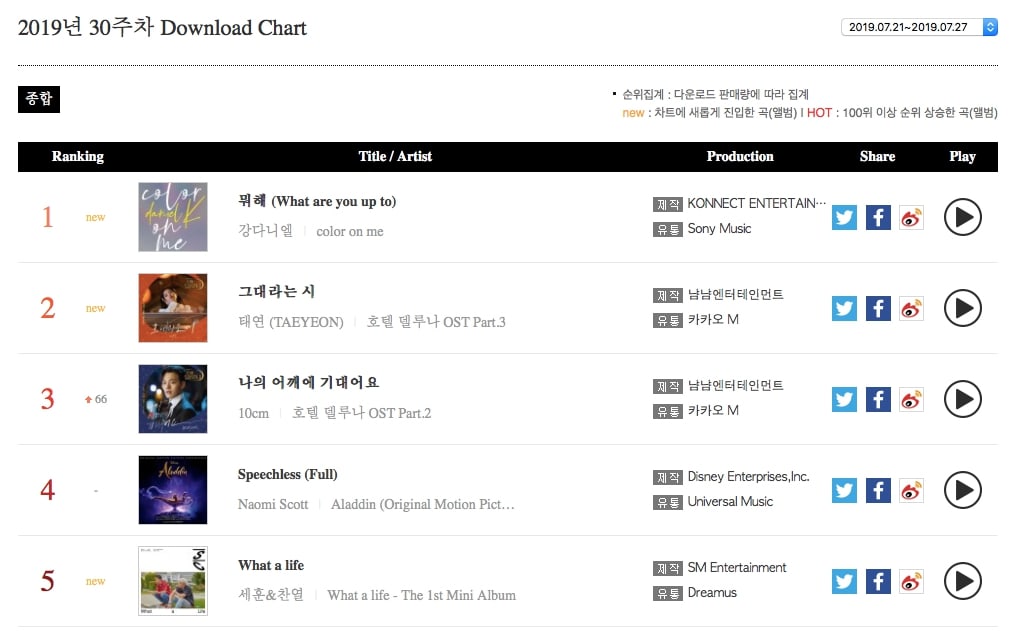 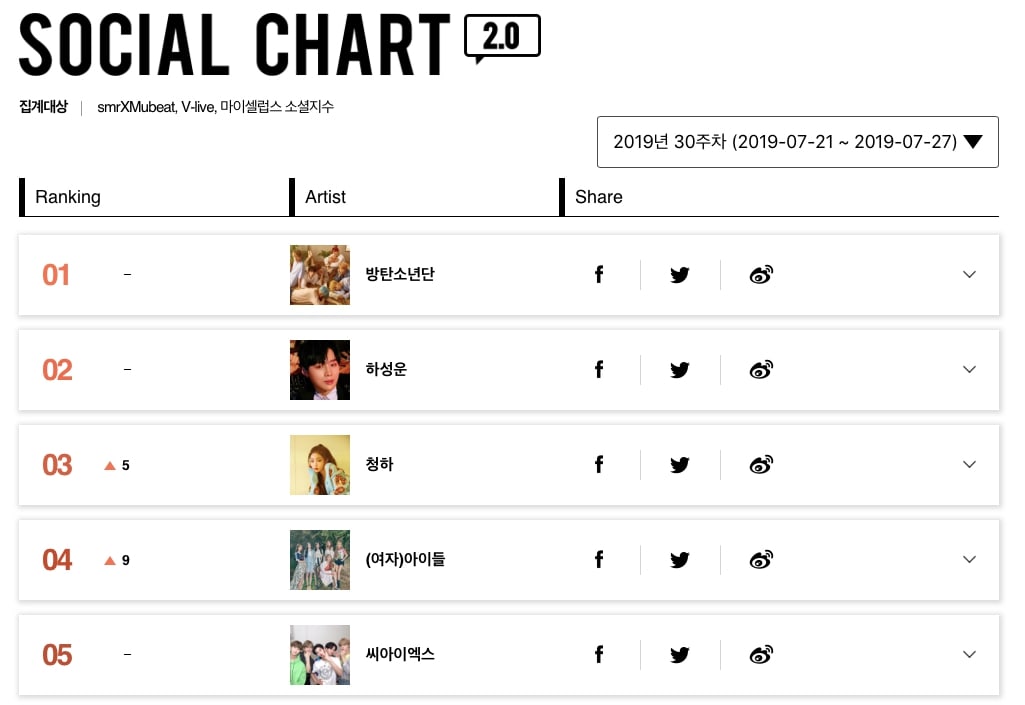 Listen to Taeyeon’s chart-topping song in the latest episode of “Hotel Del Luna” below!